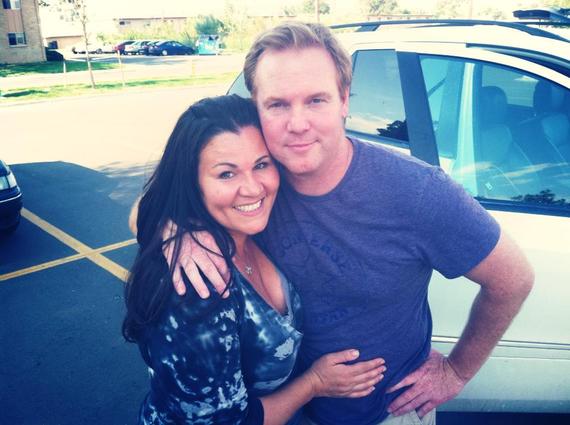 If you're like me, love is [and should be] color blind, but I admit, there are fringe benefits when Latinos marry Latinos. Cultural nuance is understood, it feels comfortable, and it feels like family. Who wouldn't want that?

Before I married the gringo love of my life, I was engaged to a Puerto Rican/Spaniard ​Enye (ñ) I had met while we both attended Boston University.

I loved him with all of my heart, but honestly, I think I was more in love with his mamá! His mother was the most phenomenal cook. I can still remember her sancocho, her habichuelas, and this stew that she made with calabasa that to this day I wish I'd written down it was so good.

I adored her and loved how she reminded me more of my Puerto Rican titi's than any negative idea of a future mother-in-law. She was patient with my Spanglish and accepted me for the ever-ambitious 20-something Latina I was at the time.

His father, although a nice person, was less than enthusiastic about me. I learned that he had sent my mom a letter explaining how he could not give his blessing to our marriage because he didn't think I would be a good [Latina] homemaker and that perhaps I had a little too much ambition outside of the home. Really?!?

Although I'm grateful for finding love at such a young age, I feel like a dodged a bullet by not marrying my first Latino love.

As the years passed, many of my childhood friends married and had kids and I couldn't help but wonder if I had made a mistake. Should I have married the Puerto Rican/Spaniard ​Enye (ñ)? Why couldn't I be a "better Latina" and marry early and into my culture? It seemed so much easier and perhaps in many respects it probably would have been, but it was just not my time.

In the six years that followed, I dated a few different types of men. An "older man", a Cuban suavecito poet, a Dutch pilot working on his Visa and an African American guy who grew up in Colorado. And then I met my husband, who I affectionately refer to as "the gringo cowboy."

As I sit here writing this blog post, I can honestly say that I've never once thought of our relationship as a cultural compromise and nor have I ever felt like I was missing out on something. I grew to love his family like they were people (and not gringos) and realized that although the worlds we grew up in were vastly different, rural Oklahoma and the suburbs of New York City, in many ways they were also very much the same.

Surprisingly, many of the Latina Enyes (ñs) I've interviewed for the film married gringos too. Irene Vilar, an author, environmental activist and granddaughter of famous Puerto Rican activist Lolita Lebrón said it best, when she said "When I met my current [gringo] husband, it was through that connection ... the way he touched my most internal wound that allowed my heart to open up and go beyond those prejudices."

As I heard her say that, I wondered if we might have that in common and I looked for ways that my gringo cowboy had connected with me.

From the very beginning, my gringo husband was so interested in my world. He wanted to know me and he was interested albeit skeptical of the world I experienced as a Latina. It didn't take long for him to see the bias and to notice the differences in the contrasted worlds I vacillated between.

He fell in love with both sides (and the middle) of that intersection and has always been a sensitive ear listening to my angst. He is my champion, my encourager and my rock. He posts my content to mostly crickets on his Facebook feed and he is not deterred.

He loves my mother's flan, he'll steal platanos maduros off my plate when I'm not watching and he practically inhaled a tembleque a friend made for us for Christmas. He's a wonderful father and loves that our daughters are half Puerto Rican. He loves for me to cook for him and I do that with love almost every night of the week. Not because I'm a good Latina wife (okay, maybe a little) but because I love him and that's one way that I show it.

While saying "I married a gringo" out loud highlights the "difference" between us, I honestly can say I don't feel this "difference" in our day to day lives. But for the record, I did marry a gringo and I wouldn't have it any other way.