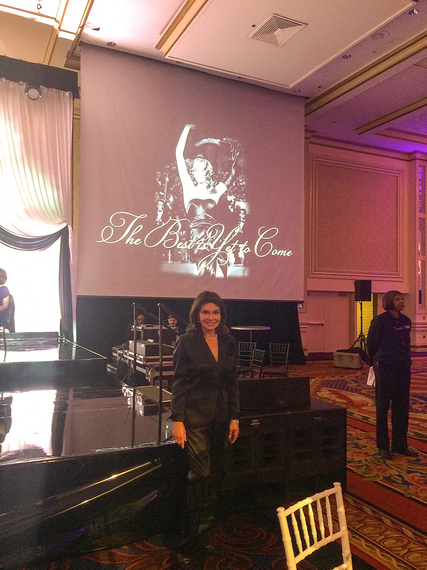 PHOTO FROM THE COLLECTION OF IRENE MICHAELS

With spring comes the annual Alzheimer's Association Chicago Rita Hayworth Gala which attracts hundreds of guests recognizing the breakthroughs and commending developments made when it comes to combatting Alzheimer's. This year's theme, "Time Is Of The Essence," also honors the more than 210,000 Illinois residents and 5 million Americans living with the disease. All of the proceeds raised through the event support the Alzheimer's Association's care, care support and research programs. The spring festivities in Chicago include a performance by the CoverGirls violin show and live music by Orchestra 33. Jon Harris of ConAgra Foods will emcee the event, held at the Hilton Chicago.

June D. Barnard, co-chair of the Chicago gala committee says, "Funds raised at the Rita Hayworth Gala to benefit the Alzheimer's Association provide hope for a future treatments and eventually a cure, and a lifeline for families who need support and guidance as they face this disease today. For people living with Alzheimer's diseases and their family members, time is truly of essence. Last year's efforts generated an astounding $1.3 million, thanks to the generosity of individual donors and corporate sponsors.

Under the guidance of Princess Yasmin Aga Khan, who created the Rita Hayworth Galas to pay tribute to her legendary mother Rita, the organization has now raised over $68 million through the galas held in Chicago, New York and Palm Beach. These funds, along with other contributions, help the Alzheimer's Association work on a global, national and local level to enhance care, raise awareness, advance research and offer support for those affected by the disease. 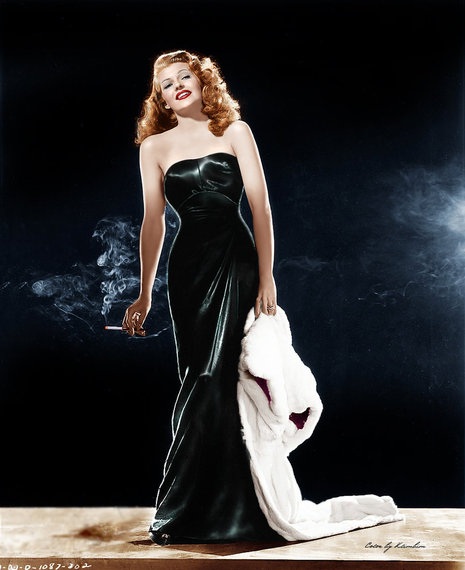 This year's Rita Hayworth Award, presented by Princess Yasmin Aga Khan, goes to Dr. Lisa Genova for bringing awareness of the disease through her bestselling book, Still Alice. In addition, the Family Philanthropy Award honors the Cantore Family while the Corporate Award is presented to Loren Shook representing Silverado Care.

"We are pleased that there is an Alzheimer's Association dedicated to directing critical Alzheimer's research and providing care and support to families, thus hastening the possibility of a cure, treatment, and prevention, while ensuring resources for those impacted are available in our local communities," said Joan and Paul Rubschlager, presenting sponsors.

The Alzheimer's Association explains that, "Alzheimer's is a type of dementia that causes problems with memory, thinking and behavior. Symptoms usually develop slowly and get worse over time, becoming severe enough to interfere with daily tasks. Although Alzheimer's has no current cure, treatments of symptoms are available and research continues. [...] Today, there is a worldwide effort under way to find better ways to treat the disease, delay its onset, and prevent it from developing."

In most recent Alzheimer news, The New York Times just presented the story of Geri Taylor and her personal journey and battle with the disease. The article also reports that, "Every 67 seconds, with monotonous cruelty, Alzheimer's takes up residence in another American. Degenerative and incurable, it is democratic in its reach. People live with it about eight to 10 years on average, though some people last for 20 years." The Observer also reported that scientists were testing an antibody, "which could slow plaque buildup in the brain, one of the causes of memory loss," and a possible new treatment in stopping the disease before it even starts.

Help is available. If you or a loved one have been diagnosed with Alzheimer's or a related dementia, the Alzheimer's Association is the trusted resource for reliable information, education, referral and support. Don't hesitate in contacting them for help. Call the 24/7 Helpline at 800-272-3900 or visit their website at ALZ.org

[The New York Rita Hayworth Gala, now in its 33rd edition, will be held Tuesday, October 25 at Cipriani 42nd Street. Last year's event raised over $2.2 million for the Alzheimer's Association.]

For more of Irene follow her at I On The Scene