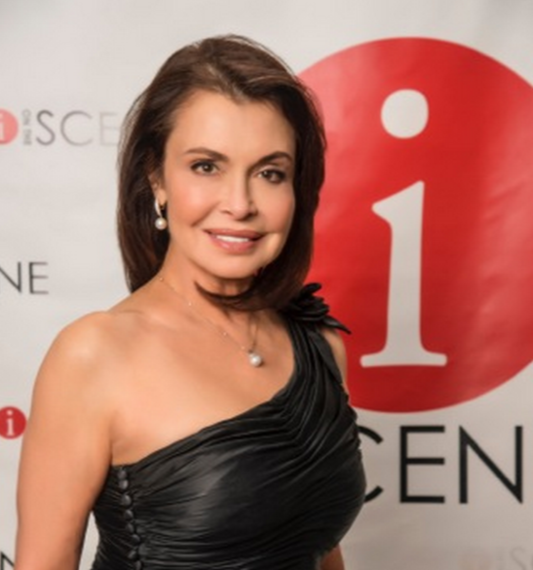 Photo from the collection of Irene Michaels.

From supermodel to suburban-supermom, the I On Exceptional Living series continues with more special individuals whose lives are leaving a mark on the world in a variety of ways. The following six people are especially deserving of recognition for their achievements, and I'm excited to share a snippet of their stories with my readers.

Dr. Yates has been making people feel more confident and beautiful for over ten years. By advancing hair restoration surgery techniques, he has not only become a leader in his field but also a beacon of hope for those suffering from the emotional stress of hair loss. Dr. Yates has an impressive educational background and expertise which he shares with others through his writing and lectures, which disseminate this valuable information so that it can be more widely used to help a greater number of people. The doctor's facilities implement the most cutting edge technology available, developing and utilizing Restoration Robotics and ensuring that patients receive the very best care possible.

Beverly Johnson was the first black supermodel to grace the cover of Vogue. She has been an unstoppable force ever since. Paving the way for other minorities to push into what was once a very narrow fashion field, she has become a role model to be reckoned with. A public figure, television host, writer and entrepreneur, this beautiful woman has stories to tell. Beverly is now about to release a memoir of this journey which will take readers from her highest moments to her most horrifying encounters, including the infamous attempted rape by Bill Cosby.

Yvonne Barteau is an inspiration to me. Anyone who has followed my work for any length of time knows what an avid horsewoman I am. Yvonne is a premier dressage performer, trainer and coach who has choreographed award winning routines and performed for national audiences. Her students compete (successfully!) at the highest levels of the sport. She has also been so kind as to impart her wisdom through two books, Ride the Right Horse and The Dressage Horse Manifesto, the latter of which is due for release later this year.

Sandra Costa does not just have an eye for style. Her keen business sense and innate understanding of cultural interplay gives her the ability to bring style, culture and class together in well-designed spaces that inspire. Her motto is simple: DESIGN IT SMART, BUILD IT STRONG, FINISH IT RIGHT! With this philosophy, Costa works with artisans, craftsmen and engineers, and has successfully built a global company that brings her client's desires from ideas on paper to highly customized spaces.

Joyce Selander is the author of Joyce, Queen of the Mountain, a memoir that captures the exciting life of a fearless woman who transformed herself from an "average" student to the first female to brave the pits of the Commodity Future Trading Markets in Chicago. Her story is exhilarating, engrossing readers as she recounts her meetings with presidents and dignitaries. This isn't just a book about business and know-how. Joyce's life is multidimensional and touches on topics as dark as the Taliban and murder.

Vicki Reece is the perfect suburban mom that the even the Jones's have trouble keeping up with. Vicki shares enthusiasm and inspiration with moms around the world through her project, Joy of Mom, which includes a thriving website and strong social media presence. Vicki has earned 17 million followers through sheer passion and the determination to impart experience-gained wisdom for moms seeking to be ever more present in their children's lives. What began with a mission to create better, nonviolent entertainment for children has blossomed into an impressive holistic endeavor.