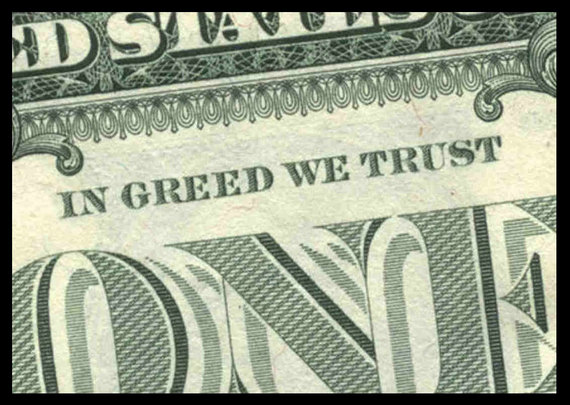 Imagine sitting on a plane either at the gate or on the runway for five hours. Well it happened to me over the holiday weekend. Not once did a flight attendant on said airline ask me if I was hungry or needed something to drink. They too, sat there waiting to see if we would ever take off. Finally, when my patience had run dry I wanted to cool it with a jack and ginger ale. I wish you all could have seen my face when the attendant said, "that will be seven dollars." I guess she caught on to the look as well because she a second later said, "you know what, this one is on me." What I wanted to say was, "You're damn right it's on you." But I simply poured myself a drink and took a deep breath.

We, the American people, fresh off the heels of celebrating the country's independence over the July fourth holiday are in part a country of greedy people. Sorry for being so crass but I'm not really sorry. You know the saying "sorry not sorry!" I learned so much over the holiday weekend, some of what I already knew but hey what's wrong with learning all over again? This is a great country to live, the land of the free, home of the brave. But with that comes the greedy politicians, the greedy corporations, the greedy neighbor next door, and as I learned over the holiday weekend the greedy airline industry.

Is it just me or does it seem like someone is always holding a hand out looking to take more of your money? It happens in Washington everyday. The people we elect to represent us are often times more worried about how to make themselves wealthy and less about the people who put them in office. Washington politics and politicians are the epitome of greed. I have long said that we just need to get rid of everyone in Washington and start fresh. Start fresh with a new government, with new ideas and values that uphold the constitution but a government that understands we don't live in a 1787 world. The greed starts at the top and government is the top and everyone else seems to fall in line. The greed in Washington trickles down to the greed-taking place in corporations across the country and on to the greed happening in our own neighborhoods. I don't think it's shocking to anyone that people are in general are always skimming on how to get over on the next person. We are always looking for a "come up" and sometimes for some that means taking greed to the highest level. Someone once said to me, "In order for them to be rich, someone has to be poor." I think about that statement often and I wonder, is it true? Could that be the philosophy our elected officials in Washington are thinking? I wouldn't be surprised if it was.

However, greed is a terrible demon and I for one have no patience for it. Don't get me wrong -- I'm all about people maintaining their "hustle" but if it's all about getting over on the next person then I have no tolerance for it. Clearly in my view the airline that I choose to take over the weekend had a chance to do something memorable, but what they chose to do is try and make an extra buck. I'm sure everyone on that flight was having a terrible experience and instead of trying to make things better the airline decided to make it worse. I think I'm safe in saying that the airline could care less about me sitting on that plane for five hours. It could care less even more about the fact that I missed my connecting flight and even lesser about me not eating practically all day. In my case it was the greed of the airline industry. A billion dollar industry that because it wanted to rake in more money couldn't afford to hand over meals to the passengers stuck on that plane.

I told someone I was writing about greed and got an interesting response. He said that greed could be good and bad. He however, thinks greed is a bad thing but saw how in some cases it could be good. I can't fault anyone for his or her opinion but it did get me to thinking about greed more. Importantly, why are we a greedy nation? When did the greed start? All questions I'm sure will I will get answers to as I age and the wisdom starts to set in. At any rate, let's try not to be greedy and let's try to stick it to the greedy corporations and the greedy government as much as they stick it to us. Maybe the closing of our national anthem should be "land of the free (depending on who or what you are) and the home of the greedy." Because there is nothing brave about the richest country, full of some of the richest people, hell bent on being greedy. So let's have a conversation on what you pledge allegiance to! Hopefully greed isn't it?