A recent spate of articles has chronicled a new effort to legalize pot. A bill has been introduced in Sacramento supporting legalization, regulation and taxation, while Pennsylvania and Illinois legislatures ponder medical marijuana. But in many quarters our strange and hypocritical national dialogue on pot continues unabated. 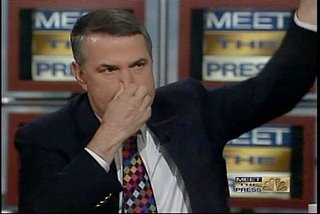 In a column with a narrative so trite and packed with non-sequitur anecdotes that it would make Thomas Friedman nauseous (or perhaps not), New York Times education columnist Michael Winerip treats readers to a set of "you'll understand when you're older" commonsensicals:

"But the 50-something me, the parent of three boys and a girl, ages 14 to 21, is not so sure. The 50-something me -- who hasn't smoked in more than 20 years -- knows stories in our little suburb about classmates of my kids smoking pot in middle school, using heroin in college, going into rehab, relapsing, trying again."

The article is enigmatically titled "Legalization? Now for the Hard Question." What that hard question is is never articulated, but I suppose that it's left implicit in his bizarre semi-biographical defense of drug prohibition and support for the reverse-engineered "gateway drug" myth.

The piece ends with Winerip cudgeling legalization activist Ethan Nadelmann (who -- gasp -- has a PhD from Harvard!) into admitting that he still, at ripe middle age, smokes pot -- and has even done so in the presence of children... [pause for reader to make a call to protective services].

"Is legalizing marijuana next? It may make sense. It may happen. But with so many boomers, including our president, now parents raising children, I'm not so sure," he writes. Winerip does not, however, explain how pot could be made any more available to American teenagers (whom I counted myself amongst not long ago) than it already is.

Perhaps the dear columnist has simply never had the pleasure of viewing the BBC's Planet Earth? The world of well-adjusted adult people who smoke pot is one of America's best-kept secrets.

As Nadelmann notes, it is now acceptable to admit pot smoking as preterit (thanks, Barack), a big step forward from the awkward half-admissions of the 1990s. Nadelmann is right. People have to "come out" as smokers, however ridiculous that may sound, or it will never be legalized.

A big problem with drug legalization politics is that to speak or act in favor of pot legalization tends to identify one as a stoner, a patchouli-soaked hippy associated with the most pathetically single-issue of politics. I know lots of intelligent folks, from professors and lawyers to carpenters, teachers and union organizers that smoke -- but none of them wants their personality or politics to be defined by smoking pot. It's as if there's absolutely no line between discreet social smoking and donning a shirt reading "Hemp Wanted" (full disclosure: my 15-year old self owned such a shirt, and a High Times subscription to boot). One can't write or agitate around drugs -- or, for that matter, sex -- without exposing oneself to a ridiculous set of caricatures.

I don't know anyone my age who thinks it's cool to loudly associate yourself with drug use -- a predilection I tend (aside from this post) to share. Even on the left, the bacchanalian, yippie, gonzo journalism engaging musings on sex and drugs at times seem to confront a renewed Puritanism -- biographically, my writing on the subjects is mostly limited to blogs. In my social circle, such a loud embrace puts one somewhere slightly below Trekkie on the cool-o-meter. (Okay, yes, the new movie is great).

I clearly remember attending the Boston Smoke Fest at age 17, roaming the elevated multitudes as a self-appointed representative of the 2000 Nader campaign, waging an uphill and for some reason very impassioned fight against the hegemony of Libertarians at such events. I hoped against hope that because we could bond over a bong they would share my enthusiasm for fighting imperialism and backing labor rights. Some cared, many didn't; but most people were kind enough to pass me their bowl, bong, joint or blunt.

I haven't been involved in drug-related activism since I was in high school, but pot and drug decriminalization are still important, for reasons -- like the mass incarceration of people of color and the mindless, blood-soaked, hypocritical war on Latin America -- that go far beyond my personal and epicurean drive to, on occasion, get high and have a good time.