I chose to leave my first job after college; I wasn't let go as a roomful of higher-ups spoke of necessary cut-backs, nor was a fired in a drama-infused meeting where I pleaded for reconsideration. I wasn't playing the "maybe they'll increase my salary if they get wind of my intention" game either.

I simply wanted out, and I wanted it pronto.

"But think of where you'd be now if you stayed," people say as they reference a decision I made in my early 20s.

That's my point exactly. While "where I'd be now" is probably meant to suggest I'd have a mind-blowing savings account and the ability add prestigious titles to LinkedIn updates, that statement has an entirely different meaning for me. "Where I'd be now" is precisely why I handed in my resignation letter in the first place.

Eight hours of sleep in one week

Early on in my Madison Avenue career, I once received eight hours of sleep in one week -- one week -- when an account was up for review. This was a time where agencies presented their best work to a specific multi-million dollar brand in order to remain (or become) their agency of record. Huge feathers in caps came to everyone working at the chosen agency.

But heading home to New Jersey -- where I lived at the time -- at 2 a.m. only to sleep for about two hours, and then do it all over again left me physically and mentally exhausted. Sure, employees who had to commute in the wee hours of the morning were provided with a luxury car whose driver saw them home safely, but it couldn't undo the numbness that was seeping through my body.

I remember trying to get dressed one morning, but instead of putting on my clothes, I stood naked in front of them, staring. I was in a daze, uncertain of what to do next. Had I just undressed to get ready for bed, or was I supposed to put them on to start a new day? I remembered, and with great effort, I slowly lifted up my underwear and slipped my legs into them. Even that was tiring. I watched a blur of backyard pools and wall graffiti whiz by as I sat on the train to New York's Penn Station one morning, wondering if something was wrong with me. 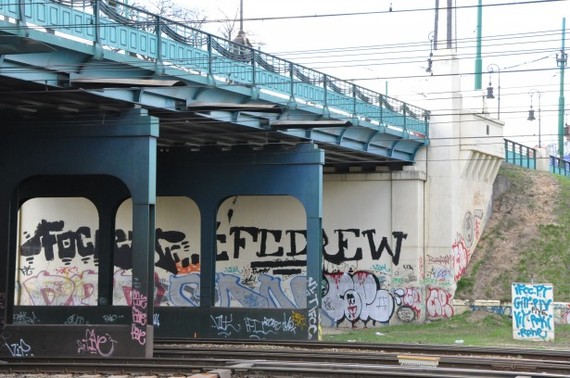 The rest of my three years there mostly continued in this manner. The hours weren't as severe as that one particular week, but they were long and often fueled with high-stress levels.

Choosing my sanity over my job

Eventually, it came to a point where my skin would throb and my breathing became shallow just from walking from one meeting to the next. I often felt as though an intense heat would rush over me, then would go away. In one instance, I was so overcome with these feelings, I exited the elevated before my floor. My only mission was to find the closest bathroom. There, I shut the stall door, flopped against the door to support myself, and began hyperventilating. I couldn't get the breaths to come out fast enough. 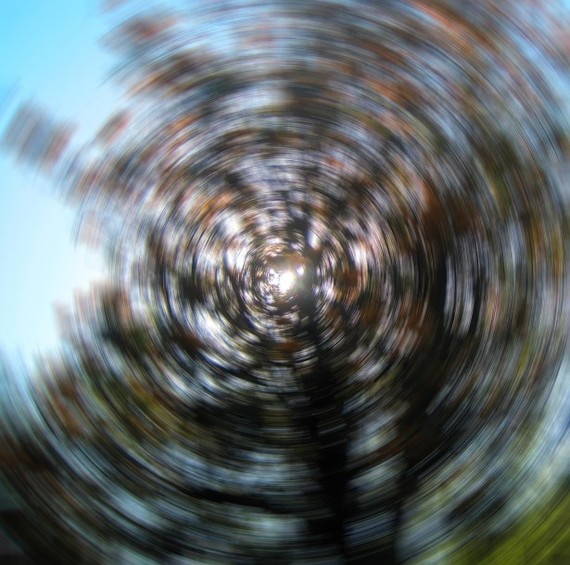 Enough of the anxiety and stress

I just wanted to breathe and be me again.

I handed in my resignation letter a week later. Within a month, I was working at a public relations firm in a quaint New Jersey suburb. Life since then has been filled with the many things that make careers and life what it is: company closings, CEO retirements, deaths, my own divorce and remarriage and so on. I've been a freelance writer for several years and couldn't be happier.

Don't get me wrong. My time in the NYC advertising world included many enjoyable moments. However, they were overshadowed by perpetual frowns, observations of others' tears and sights of health-fanatics turned chain-smoking, stressed-out insomniacs. I saw the people with the big savings accounts, but also observed that many of them didn't take the time to enjoy the money they had. The street name on a business card might have been impressive, but my mental and physical health was worth much more.

Here's what I've learned -- and in some cases, continue to learn -- about obtaining a work-life balance.

Resist perfectionist urges
If you're like me and often strive to get things right the very first time or put your all into everything -- from meetings to planning a birthday celebration for a coworker -- learn to let go. Not entirely, just more. Relinquish the need to do it all. Be okay with delegating. Be at ease turning in a project in the day before a deadline rather than putting unnecessary pressure on yourself to complete it two weeks beforehand.

I feel better when I let go, although even now as I work from home, I have moments where the old me seeps in. Then I remember that tomorrow's another day, filled with hours of writing and thinking before me. In the end, deadlines are still met, my articles are still published and no one is offended that I didn't send them an e-card for their birthday. 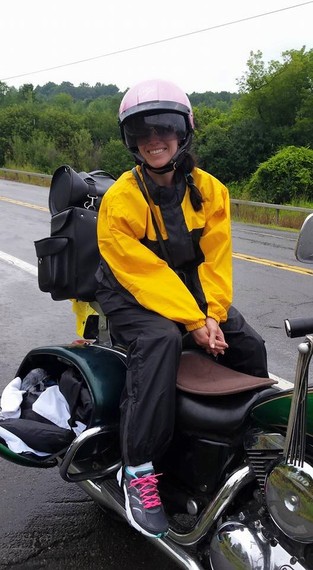 July 2015, traveling on a motorcycle to Niagra Falls with my husband

I've worked in places, even during my post-Madison Avenue days, where not taking a vacation for years was considered an indication of supreme workplace devotion. Not taking owed time off from work was, and still seems to be, promotion-worthy behavior.

However, it's not healthy for the employee or the company; the glorification of a burnout culture is detrimental. We're a stressed society; no wonder more than half of employees leave a job, search for a new one or even turn down promotions in order to avoid work stress.

As with many things in life, it (bills, work, a lawn in need of mowing), it will be there when you get back. Worry less, enjoy more. You've earned vacation days and have every right to take every last day as you see fit. Ignore the furrowed brows that may come when you request time off and make sure to get the rest and fun you need so you can come back to work recharged, relaxed and -- most likely -- more productive. 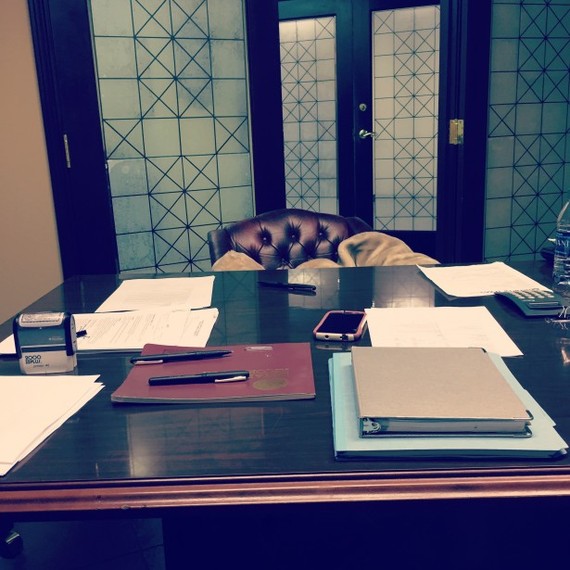 At another place of employment, I was essentially told that leaving at 7 or earlier was a no-no, even if all of my work was in a good place. It was explained to me that it just didn't look "cool" if certain higher-ups walked down the halls and noticed a few vacant offices, never mind the fact that they were probably empty because they came in at 7 in the morning, worked through lunch and oh, I don't know, thought it might be good to take a shower and eat at one point.

Focus on productivity more than presence.

Sure, chatting with other employees is important. Sharing laughs and ideas with the boss creates professional and personal bonds. I get that. What I don't get is having to keep my seat warm just so I can flash an "I'm still here" smile or maybe take on a new project at 9 p.m., when my eyelids are drooping and my stomach craves something healthier than Chinese takeout. Again.

Step away from technology and smell the roses 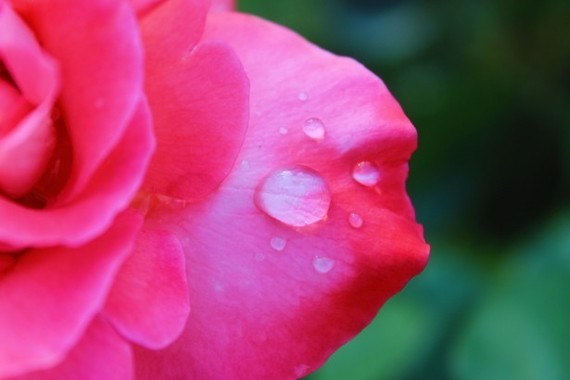 I'll be the first to admit that I'm a cell phone and computer addict. But there's a reason: Just as I enjoy looking at pictures of adorable animals or interacting with friends on social media, I'm also on the Internet scouring for story ideas and of course, seeing what's new in the world. However, while I often do end up with inspirational ideas, I'm also often left mentally exhausted.

I fight thoughts that some new development will take place in the world the moment I put my phone down. So I scroll and scroll, taking in information galore so as to not miss a beat. In turn, my emotions ebb and flow as I read about a shooting one minute and a happy weight loss story the next. Then there's an image of an abused dog; after that, a hilarious meme. It's overwhelming.

For the past couple of weeks, however, I've learned to let go of my phone as much as the notion that I have to meet a deadline days before it's due. I keep my phone charging at an outlet away from my bed, away from temptation. What a difference. It may seem like a minor step, but refraining from checking emails, Twitter, Instagram, Facebook and various news sites every other minute have left me feeling more relaxed as I approach every new work day.

Thankful to be in tune to a work-life balance

Away from the incessant "all work and no play" mindset that often pervades the corporate world, I'm still able to pursue my passions, pay my bills, take vacations and explore the world around me -- without sacrificing my health. That's how it should be, no matter where you work.

I'm very thankful that even after all that lack of sleep so long ago, I finally woke up. 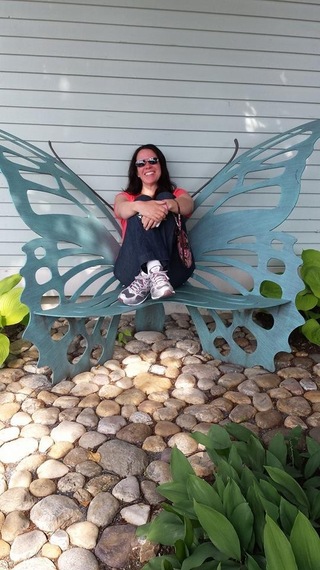 Enjoying the freedom of a work-life balance