You would be hard pressed to open Facebook or Instagram nowadays and not find an article titled something along the lines of 'I quit my job to travel the world'. Usually peppered with colourful pictures of Italian gelato and girls with their arms raised towards a sweeping view, these posts are about as plentiful as bedbugs in a hostel mattress. They are the article equivalent to that drunk friend who pushes a shot of cheap vodka in your face whilst slurring at you to "live a little,"these articles are generally written by the minority of travel bloggers who have made it work as digital nomads.Through hard work (and perhaps a little bit of luck) they have amassed readers, get press trips around the world, and encourage people to quit the corporate world and do the same. 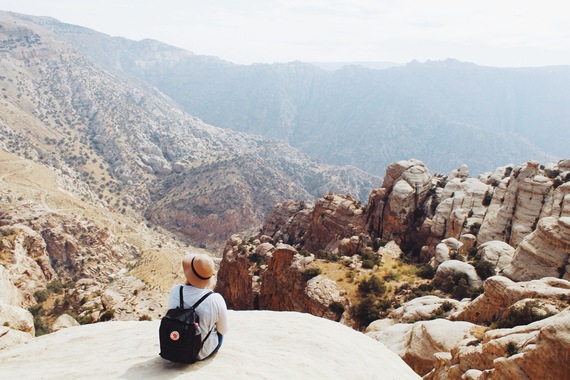 Which is why in early 2014, when I nervously took my manager aside to tell him that I was leaving my job to travel the world, I was confident that everything would be fine. Soon I would be the one with the great success story and the colourful parade of pictures that would be the proof of my great escape from the daily grind. "These will be the best years of my life, I'll never have to step foot into a soul-sucking office again!" I remember thinking to myself as I had practically skipped out of the grey tower that had stood between me and a life of wanderlust and adventure. All the articles I read buoyed me on and I was overjoyed to begin my transformation from the tired corporate worker who spent nights tucked up in bed with Gilmore Girls to the smiling girl frolicking in the waves of a foreign country.

With the well paying job tossed aside, a ticket to Thailand tucked in my purse, and even a jaunty straw hat on my head, I was determined that with the purported formula of hard work and life-changing travel, I would succeed and never have to go back. As long as I had someone to snap the picture for my Instagram, I was ready to fling my arms up at the sunset and become the wild and free traveller that I was meant to be. 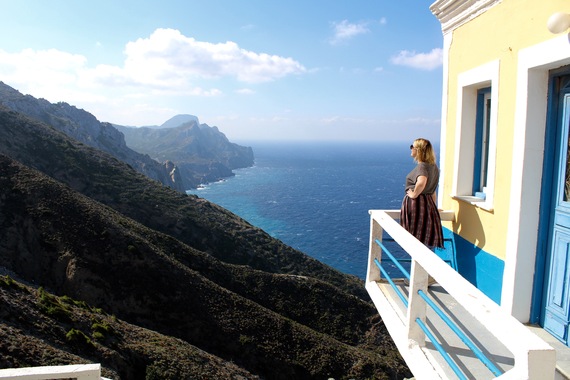 For awhile I was that girl. I lounged on a beach in Thailand, trekked high into the snowy Himalaya, ran through the leafy forests of Germany, rode a camel through the ancient city of Petra, and peeked down into the depths of the Grand Canyon. In some ways the clichés were true, quitting my job to travel introduced me to my passion for writing, I met the girl who was to become my best friend, and I made enough happy memories to last a lifetime. There were many days and weeks that I felt truly happy and free.

Yet, all the while there was a nagging in the back of my mind as I watched my money leak slowly out of my account. That beachside sunset in Thailand was free, but the bus fare to get there wasn't. That late night of laughter and fun spent in the winding streets of Athens was free, but the cheap hostel bed in the shifty part of town still cost 18 Euro. I went weeks where I didn't dare to check my bank balance. My hands would get clammy and my stomach would grow cold every time I was forced to peek at the numbers on the ATM screen. Although my blog was becoming more popular, it wasn't (and still isn't) bringing in a single cent of money. Like a carefully placed billboard aimed at covering the slums behind it, my online presence had become a shiny advertisement for a life that looked like a dream, but in reality was speckled with stress and anxiety. 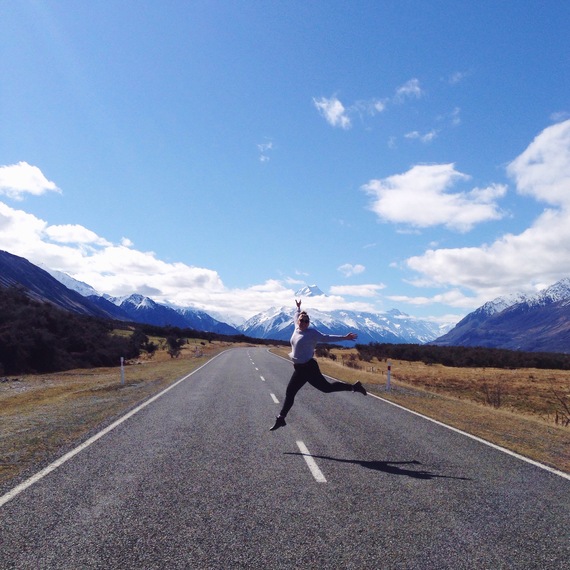 Having to call your parents to ask for money is a low point for any 25 year old. Having to call your parents up to get them to pay for your train fare from the airport to your friends couch when you have a grand total of 3 cents in your bank account is on par with that one time you had food poisoning in Kenya and had to share the bathroom with a few dozen cockroaches (pretty damn low).

Please don't get me wrong, there is not a single second of travel that I regret (except maybe eating the chicken that bought on the all-nighter with the gang of cockroaches), but I do regret not being realistic about the day the number on the ATM teetered down towards zero. The reality is that sometimes working holiday visas are impossible to get, blog numbers stall dramatically, computers get stolen, and dream jobs don't happen even when you work your little fingers raw to get them.

So from one idealist to another, the next time you read another one of those articles, just remember that not all of us made it. Most of us will come home, open up the computer and start sending off those applications again and that's okay.