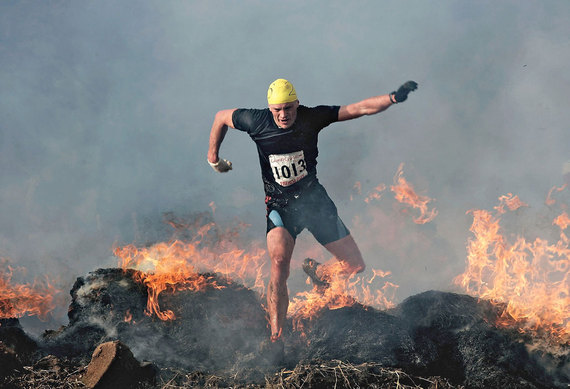 The picture above is of a guy LITERALLY running through fire. That's not a photoshop. It isn't CGI. It's dry brush (probably from Texas. Texas has the good brush) set on FIRE. His life, apparently, is so bad that he is running through burning bushes and basically immolating himself. I need to know. Does he have like a classroom of kids at home or are his in-laws living in that pseudo-illegal apartment above the garage?

Is he training for special forces? No? Are you sure? Okay, but he has a number on his chest, so this must be something important enough that it warrants a permanent record of this grand event.

We're approaching Memorial Day, and though it's widely adopted as the unofficial start of the summer season, it's also the unofficial start to your asshole co-worker asking you if you want to do this year's Tough Mudder with him--or Spartan Race, or Gladiator Walk, or WARRIOR DASH, OR WHATEVER THE FUCK YOU'RE CALLING YOUR DUMB RACE.

Here's a scenario that I just thought up but is probably close to one-hundred percent accurate:

[Typical office conversation between a guy doing one of these races and myself if I had an office job.]

Bro: Bro... you want to do Tough Mudder with me this year? It's a crazy course, bro.

Me: (Doesn't reply. Just walks away.)

Contrary to their names, this adult playpen that you're going to has literally nothing to do with or is in no way associated with and should never be confused with ancient Rome or gladiators. Or high school football players for that matter.

Look at the picture below. I mean holy shit!!! POP QUIZ: One of these guys is doing a Tough Mudder, and the other was in THE MOVIE, Apocalypto. 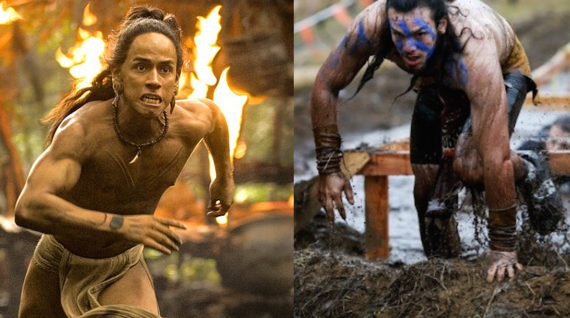 Figure it out? Ya. I couldn't either.

These races are a lot of things -- mainly they just fall into the descriptive adjectives column like ridiculous and fucking ridiculous-- but what they are not are races designed around methods used by Russel Crowe when he was bulking up for the role of Maximus. Don't let Don from Accounts Receivable fool you. He's no more of a man than you because he climbed up a mud wall with oiled up ropes studded with cactus thorns (Cacti thorns?). You still drive a Dodge Dart, Don. And I doubt that the Spartans who fought in the Battle of Thermopylae had toe fungus.

Your void of innate masculinity is really astounding, Mr. Endurance Guy, so I understand this desire of yours to "challenge yourself." Actually, I don't. But it makes perfect sense that these glorified obstacle courses would be created by Ivy leaguers-- two Havard Business School grads, in fact. Because really, what evokes toughness, gladiator biceps, and human growth hormone inundation like a couple of twenty-six year old hardos named Seth and Dougie...

Congratulations. You just rewound your life to 4th grade. Has that 5K mud race certificate of authenticity gotten you laid by chance-- by a human, I mean?

What ever happened to snuggling up on a banquet seat with a ginger tea and Jonathan Franzen novel on a Saturday? What? I'm not a man you say? Excuse me, but real men vacuum. I don't need to pound my chest like an ape and prove my testosterone count to anyone... 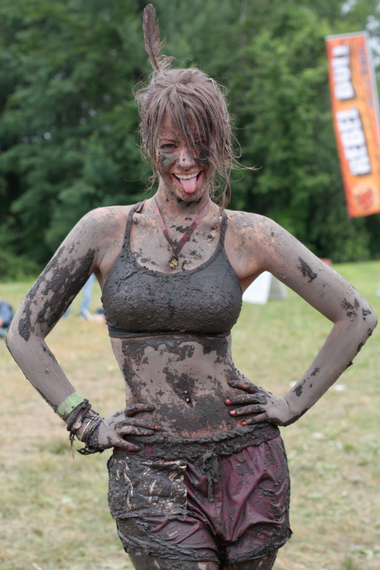 I wouldn't mind washing that mud off of you if you know what I mean (wink emoji).

Chris Peak is a freelance writer from Boston. He blogs at Huffington Post, and has contributed to Gawker, GOOD Magazine, Deadspin, and Point Magazine.