I, Meaghan Emery, love my job. 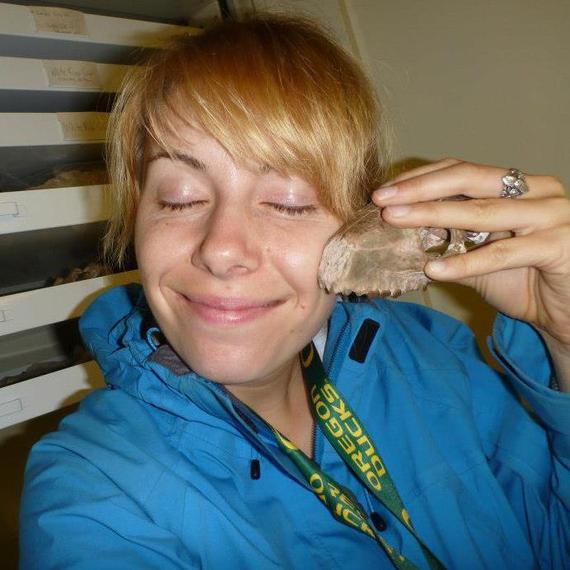 Like all good jobs, mine is fascinating, challenging, filled with the support of amazing co-workers, and is preparing me for my future. Also like many good jobs, mine is exhausting, sometimes bewildering and full of bizarre red tape, and frequently follows me home. My job is salaried, which is a fancy code word I've learned means "work more than this number of hours," and divides up in the following ways:

Sometimes I work weekends but not always -- sometimes I can go climbing instead. My job helps subsidize the conference I attend each year (so professional). I have health insurance -- like, we're talking really good, $15-massages-without-referral health insurance. Oh, and I get paid well enough to pay my bills and buy new climbing shoes when I want them, rather than when I need them.

I have this fantastic job for two reasons: because my department and my advisors value and emphasize the importance of a healthy work-life balance, and because my school has a union that advocates for me, protects me when I am weak, and works hard to keep the University an amazing learning environment and workplace.

For those of you who don't actually attend my university, right now the Graduate Teaching Fellowship Federation and the University Administration are in a bit of a contract kerfuffle -- a gentle verbal skirmish, if you will. Or, if you want the real term for it: the union's gonna go on strike in two weeks because the University doesn't want to give their TAs (teaching assistants), RAs (research assistants) and MAs (museum assistants) two weeks paid parental leave or medical leave. Also, they don't want to give us a slightly bigger raise to the minimum wage.

Neither of these things affect me, because barring car crashes or ebola (I just visited New York so it's SUPER POSSIBLE), I'm not likely to be impacted one way or the other. I don't plan on birthing out my babies while in graduate school as I still suffer from an overall low level of maturity and strong aversion to responsibility. Also my department pays higher than the minimum GTF wage so I won't be getting a raise with this new contract. However, the GTFF union is striking on December 2nd after over a year of negotiations, and I will strike with them because I absolutely love this school.

Seems counter-intuitive, I know, but the fact is that the GTFF is a big part of what makes our programs at the University of Oregon so amazing. I'm not saying that our TAs are somehow a million times better than those of other schools, or that I am God's Gift to Curation responsibilities or anything -- TAs and RAs and MAs are important and have a huge role, but I'm talking specifically about what the union means to me. I love my advisors, but if the union didn't exist, I would not have attended this University. 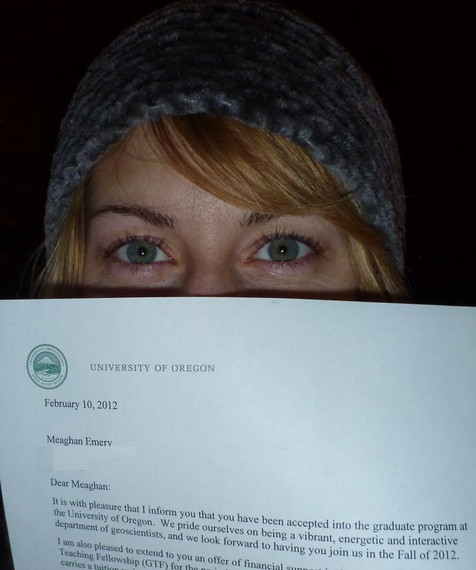 The Department sent me this letter, but the GTFF ensured I'd attend.

Listen, you know the grad school schtick: it's got a reputation for being a thankless, poorly paid and overworked job. People in graduate school will brag about their own poverty, as if that is something to be proud of rather than mad about. I had heard a lot of horror stories from people getting awful pay while being forced to work 30-40 hour work weeks, with no time left over for their dissertation. That wasn't going to be me and now it doesn't have to be because the Union has my back. If people ask me to work beyond the terms of my contract I have someone to go to. It's sort of like being friends with the really big kid on the playground: nobody is taking my lunch money, not without a fight. That safety net is important -- my advisors are awesome, my department is awesome, but I didn't necessarily know that coming in and not all graduate students can say the same.

I am also incredibly impressed with what the GTFF union achieved before I attended... namely, our amazing healthcare. I went two years without health insurance. It was miserable -- I got trench foot, and though that admittedly had some other more pertinent causes than "no insurance" I couldn't afford to get it treated. Two years was more than enough to make it clear that healthcare was not an option. Finding out how awesome the healthcare was at UO was like spotting a herd of unicorns riding a rainbow over the horizon -- I could get rid of all those weird rashes, once and for all!

For some reason, raising the minimum wage to something approaching a reasonable amount, and giving us paid leave is being played off as unreasonable or overly-demanding. The main argument is that graduate students aren't full time, and that if graduate students get these completely reasonable demands then half-time adjunct faculty will have to get the same treatment, the "You can't have any candy if we're too cheap to buy enough for the rest of the class," attitude. There's also the continued line that graduate students are just students, and are expected to write papers and take waived-tuition classes, not make babies. 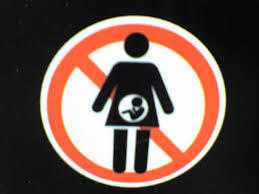 I work for the university full-time.

I already told you what my hours were every week, and they are never less than 40. The university may not pay me to answer emails, attend meetings, go to classes, do my research, write grant proposals, or publish papers... but it is why they hired me in the first place. My ability to produce research is what made me valuable to the university, and eligible for payment via a fellowship. Our university is a research-oriented university: the production of research and papers is fundamental to increasing our university's reputation and academic prowess. So to pretend that I am not full-time because my contract says 19.5 hours a week of curation or teaching ignores the entire reason I was hired in the first place.

Papers vs. babies is sexist

Graduate school takes an agonizingly long time, and not everyone starts it fresh out of undergrad. Once you get a tenure-track job you are also expected to wait to have kids. This is one of the big steps on the leaky pipeline to excluding women from academia, because male academics can continue to work while their wives have babies but female academics are usually expected to incubate their fetuses themselves. Tooting this horn is promoting inequality, plain and simple, and denies the fact that the diverse life experiences and pathways is one of the thing that makes our graduate student body amazing.

Medical leave is also important: people suffer chronic illnesses and unexpected illnesses as well and nobody should have to lose funding and support when they literally need it most.

As for the raise issue -- everyone should be able to afford to live in Eugene, a town that really isn't that expensive to begin with. Some TAs are not paid enough to live here without loans or a second student job, which can be absolutely killer when your fellowship requires that you also take 16 credits (technically 32 hours of in and out-of-class time) and teach 19.5 hours a week. It costs approximately $1,000 a month to live in Eugene; the amount of money the GTFF wants to negotiate for won't even bring the wage up to that amount.

"You get paid through tuition wavers!"

I don't take real classes anymore. I take research credits, which is about 10 minutes of effort for anyone who is not me: I fill out a slip, I add the class, and the rest is all my doing. So telling me that you're generously waiving my $4000 tuition fee feels like you're trying to play a really stupid magic trick on me, or that you are really bad at cheating at monopoly. You're taking away the fee you charge me to work on my dissertation and research, research which inherently benefits you as a university. Your magic math does not impress me. Your magic math is dumb. 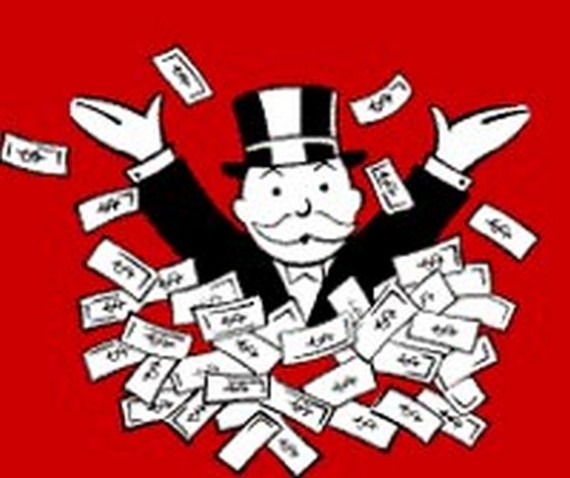 TADA WE MADE MONEY FROM YOU BUT NOW FOR YOU!

And that's why I'm going on strike. I don't want to have babies right now, but many people don't want to put that part of their life off any longer. I don't need medical leave, but I'm really bad at paying attention to where I'm biking and am probably going to be hit by a bus some day (I can't have ALL SKILLS, okay). I don't need more money, but many other departments in our school pay less than the minimum amount needed to live in Eugene and not starve. The graduate school wants to equate the term graduate ''students,' with only exams and getting wasted at the local bar on two-dollar wells night (though we do that as well), but that isn't true. Graduate students are mothers and fathers, disabled or seriously ill, caretakers for their family, and provide a multitude of valuable services that increase our university's reputation in research as well as improving the quality of the hands-on, interactive education the university offers. The diversity and fortitude of our GTFFs is what makes us role models for our students, and makes us a thriving community that does valuable, impressive full-time work. We deserve just compensation, and the basic assurance that if we choose to continue on our life trajectory by having children, or if we need to occasionally go get dialysis, we will still be able to afford working for the University.

Our university prides itself on innovation and potential, and really hawks our diversity and scholastic achievements. If you've ever visited the website, there's a scrollbar of pictures of recent scholarship winners and new students, who all have something in common: they're doing something awesome, and are well-selected to paint a positive picture of ethnic and gender diversity at our school. Denying fair wages and retaining policies that unfairly punish women for having children are actions that are fundamentally incompatible with the face the University tries to put forth.

This university administration has an amazing opportunity to make an even better workplace for the amazing and diverse graduate student body it employs, but it seems to need a little bit of a push in that direction. Our university administration is ready to settle for subpar wages and a good health plan. They call it "competitive" but our graduate student enrollment is down 10% - we're losing great students to similar schools that offer something better. Competitive shouldn't mean comparable, it should mean impressive. It should mean progressive. So when I stand on that picket line I will be doing it because I love our University and everything it stands for. Much like how a mother otter teaches her baby to swim, I will lovingly encourage/physically drag the University into supporting a happier, more equal student body that will in turn recruit better and better new students every year. 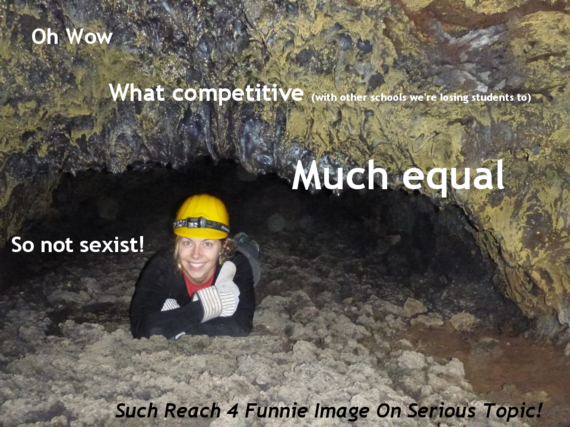