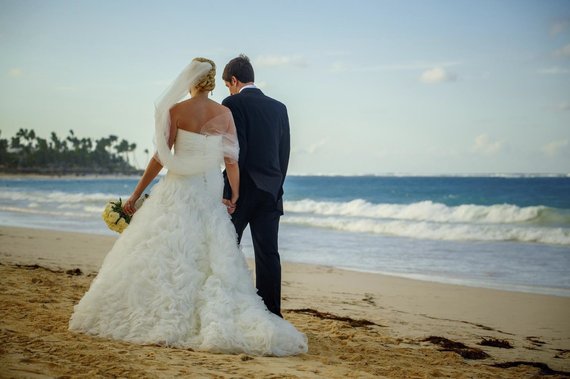 I got married just over 10 years ago. By most standards, my wedding was a fairly modestly priced affair. We spent about $8,000 on our destination wedding, and although it was a fun trip, sometimes I can't help but regret spending that much money on one day. If you've ever done the math and realized that the money you spent on your wedding would have made a great start on a better financial future, you'll relate to the women here who confess that they wish they hadn't spent so much on their big day.

Read on for true tales of happy marriages (mostly) but fiscal regrets.

The Dress
"I was just thinking yesterday how I wish I would have just gotten married in the $500 dress I found at David's Bridal. My mom bought me a $6K Lela Rose (it's freaking gorgeous) but then later included that in the total amount of money my parents were going to give us. And I think the David's Bridal dress fit me better." -- Elise C.

Sucked In
"I read a lot of wedding magazines, and the consequence was that I got sucked in by the wedding industry. So yes, I would like to have done it differently. Add that to the list of dumb things I did in my 20s." -- Joanna D.

Wish for Simple
"My parents pretty much paid for our wedding, and I tried to cut costs in many areas but it still ended up being too much. It was a lovely day, but if I were to do it again, I would have instead used that money for travel or toward our house and kept it much simpler. My husband told me so too." -- Kate C.

Flower Power
"What I spent on wedding flowers could pay for two months of my mortgage. What the hell was I thinking? I don't even like flowers that much. I think I went briefly wedding insane." -- Kari S.

More From The Stir: Three Cheers to 'Doc McStuffins' for Showcasing the Beauty of Adoption & Blended Families

Should Have Eloped
"My dad offered us money to elope, and now, five years later, I wish we had. It would have helped us be ready to buy a house so much sooner." -- Marla J.

Should Have Known
"Oh, boy. Yeah. I have TONS of wedding-spending regrets, even though my parents paid for a chunk of it. I'm in the midst of getting divorced from my cheating ex, and we haven't even been married for two years. I should have known to listen to the little voice inside that kept raising doubts. I could have saved over $45,000. Ouch." -- Name withheld

Too Traditional
"My husband and I felt like we had to have the big wedding -- however, my husband's family is enormous and my family's budget was tight! So we did a big wedding on a budget, and I definitely wish we would have just done a destination wedding. I hated wedding planning and didn't love the actual day at all -- too busy and too many people. 300+ people = I was meeting people for the first time at my wedding." -- Virginia R.

More From The Stir: Quiz: Is He Really 'Good Dad' Material?

It Was Fine
"Our wedding was fine but nothing amazing. We had the basic church wedding with hotel reception. Even with trying to do a lot of it ourselves, we still spent over $20,000. I wish I had that money now for student loans instead. It kind of sucks to have spent that much money and to feel like the day was just fine, not incredible."-- Cassidy W.

Getting It Right the Second Time
"I spent so much money on my first wedding. I did a very traditional, very over-the-top country club wedding. We were divorced less than five years later, and I had a ton of guilt about all the money wasted on that day. Now I'm engaged to be married a second time and we are going to do it right this time -- destination wedding, just the two of us, next Christmas. I can't wait!" -- Teri G.

More from The Stir: 4 Destructive Behaviors That Almost Always Lead to Divorce