"Have you entered the chicken pen?" my mother would ask me if I dared to enter a room without greeting her.

I was about 10 years old. With such good training, I learned to greet others when entering a place and to say goodbye when leaving.

Unfortunately, this basic rule of social etiquette is applied only sporadically in the workplace and in the circles in which I travel now.

Why do so few people greet others? It may well be the subject of an anthropology thesis.
I first noticed this phenomenon more than 15 years ago while I was working at the Detroit Free Press. I would enter the newsroom every day and say hello, but my coworkers were so immersed in their work that they didn't answer.

At that time, I thought it was just part of the culture in Michigan. I was naïve.

One day, my friend and coworker Gabriela, a native of Mexico, came to the office feeling happy. "Good morning," she said to those who were present. Nothing. "Good morning," she repeated, this time raising her voice slightly. Nothing, not even a sigh. "GOOD MORNING!!" she finally shouted. Only then did some of them timidly raise their heads and mutter something while she walked angrily to her desk. I'm sure they thought she had gotten up on the wrong side of the bed. 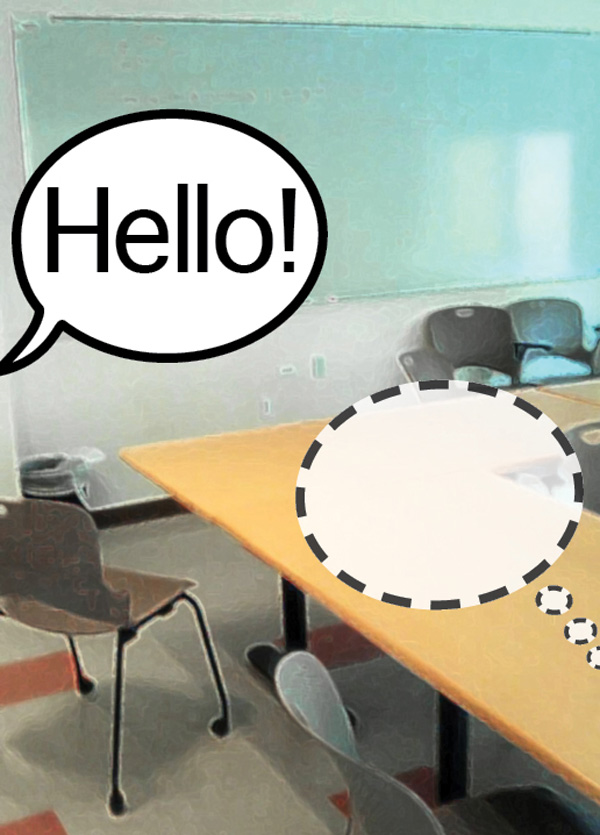 "What's wrong with them that they don't greet back?" she asked me. "I don't know," I said. "They must have been reared in a chicken pen."

I also began noticing that many people left at the end of the day without a goodbye or a good night. Like slippery marine mollusks, they would sneak into the shadows and disappear as Endora on Bewitched. I saw the same thing happen at social gatherings. Why? I wondered.

Is it that members of Generation X never learned some basic lessons of civility? (I noticed that some educated older people -- usually early baby boomers -- were a bit more more likely to greet others.)

This summer I took a class at the university where I work, and the sessions met twice a week. Every time I arrived for class, I greeted my classmates (most born in the 1990s) with a simple "hello" or "good afternoon." Only the teacher answered. The others appeared to have lost their hearing. They continued looking at their monitors, reading through text messages or staring at the universe.

This isn't just about millennials, however. Many coworkers in their mid-40s enter a place without greeting others and leave without saying goodbye. So again I ask: When did the manual of etiquette get broken?

An American friend whose family has been on this continent for more than 200 years tells me that sociability has decreased among younger generations of Americans. They're less likely to follow the rules established by previous generations. Competitiveness partly explains it. They're pursuing personal success and independence, and they're more interested in pursuing individuality than in following social rules established to promote group cohesion.

He says the rules began to change after World War II when millions of U.S. women entered the workplace. Americans became more mobile and old class distinctions began to blur. The so-called good manners observed by the former upper classes began to disappear as the American dream became more accessible to more people.

Over my many years in the United States, I've come to understand that people don't mean to be rude when they fail to greet you. Their me-centeredness is simply part of the culture now. Still, I must confess that I feel bothered when others interrupt a conversation without an apology and don't greet friends and coworkers. To ease my discomfort, I think of my mother and what she might say: "They must have been raised in a pen."