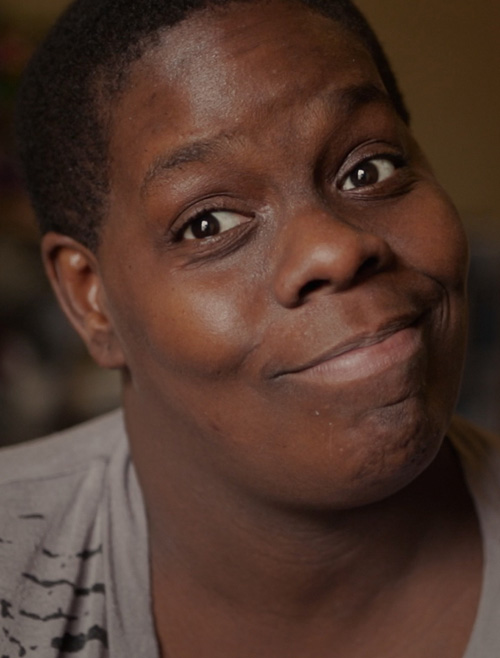 If you saw me in the street, you might recognize me, but I guess you wouldn't know where from. I'm the person who served up your Happy Meal in McDonald's. A few years later, I waited on your table at Red Lobster. A few years after that, I brought over your barbeque ribs at Dallas BBQ. Whenever I talk to customers like you, I smile as big as I can, and I say that I hope you have a nice day. I mean it too. But I figure I am writing this to tell you something I wouldn't tell you over the counter. I want to tell you what life is like for people like me right now - because I am not having a nice day, and if I'm honest, I haven't been for a really long time now.

When I first became a waitress at the age of 17 in a pizzeria on Long Island, I loved it - I loved serving, I loved being with people, I loved food. I earned the minimum wage then. Now, twenty years later, I still live on the minimum wage. Today, that's $5 an hour. That makes $1200 a month. I want to tell you what the bills are to keep myself and my three kids from becoming homeless - because that's what I think about all the time, including when I bring you your food, no matter how big my smile might seem.

Can you add that up? I have never been able to. It's hard to love your job when it doesn't let you live. I am in debt all the time. The last few places I've worked, tips on top of the $5 subminimum wage* I get paid, have pushed me over into being able to survive, most months - but not all. I sometimes have the electricity cut off. The lights go dead; everything in the refrigerator goes bad. I have never had a vacation - not since I started this work at 17. I never have any time off - not for twenty years. I went into labor with my son on a shift at Red Lobster, because I couldn't afford to take any time off. I was back at work almost as soon as he was born. My mom - who was a dental assistant - has to buy us sneakers or clothes when ours are no use any more. If it wasn't for her... I don't want to think about what have happened if it wasn't for her.

I always know I am one accident, one slip-up, from it all falling apart. And at work, a lot of the time, I am treated like dirt. The management keeps you insecure - any mistake and they tell you that you could be out of a job at any second. Oftentimes I would be pressured to stay after the end of my shift and keep working, even though I had to get my kids from school. I have seen co-workers just fall apart - not be able to make ends meet, and end up homeless. People are afraid to speak out, because you can be fired and lose the last life-line you have.

But these days, as I serve your food, I am also thinking about something else - something better. A few years ago, I was pretty down. I know you have to work hard in life to get what you want, and I have always worked hard. My kids learned to never ask for much, because I got nothing. I was constantly upset, constantly stressed - when I've only ever done the right thing and work as hard as I can. When I hear politicians like Paul Ryan and Marco Rubio bragging that they, or their parents, did jobs like mine, I think - if you have been where I am now, how come you haven't got a heart to help us?

And then I heard about an alternative. I heard there was a group called Restaurant Opportunities Centers (ROC) United here in New York - I live in Harlem - who were organizing to fight for the right to fair pay, paid sick leave, and for people who work in my kind of jobs to have other basic protections.

You shouldn't have to go to work if you are ill, they explained - it's bad for you and bad for the customers. We organized and fought. It's not easy, when you work as hard as I do, to find that time and energy. But we did it - and we won. In New York State, we have paid sick leave now. You'll never see me sniveling over your lobster ever again.

Now we are fighting for something even more important - one fair wage. We're not asking for gold. We're not asking for diamonds. We're asking to get paid enough to support our families. The US is the only country that forces workers to live off tips. If you get tips at work, New York's restaurants can pay you just $5 an hour. And New York's full minimum wage is just $8, far lower than the rates in other countries. For me, a fair minimum wage means I'll be able to buy clothes for my kids. It means I won't be constantly terrified of being cut off from power. It means I can depend on a regular paycheck each week, and not have to hustle shift-to-shift for tips, putting up with advances from customers that think their tips gives them the right to hit on me, and get away with groping and eyeballing me. One Fair Wage means I will get paid fairly for a job well-done.

Maybe you've seen folks like me, we've been protesting at headquarters of the some of the biggest restaurant brands in the world, we've been outside fast food restaurants all over the US. We're handing out leaflets, asking for your support. Nobody who works this hard should be this poor. Nobody who is struggling this much should feel this lost.

The fight for fair wages is spreading all over country - and if I win, you win. I see in Manhattan where all the money has been flowing - I see the fancy towers and the people going into them. I think some of that money - just a little - should start flowing back towards people like me and most likely you, ordinary Americans doing our best and working hard.

Thank you to everyone who comes up to us when we protest, to say you're on our side. In the months of doing this, we have never once had anyone say anything mean, or negative, or downbeat. We know America is on our side. We won the fight for sick pay, and I believe we are going to win one fair wage. I think people all over the country need to stand up, like we're standing up.

I believe we are going to win - and I can't think about the alternative now, because I got to tell you, I can't face another thirty years of living the way I have for the last twenty. I can't face the lights going out one more time. I am trying to turn on a light. I got a lot of people standing with me. Please - join us.

As told to the One Billion Rising team.

You can join the fight for One Fair Wage at www.rocunited.org. They are working in alliance with One Billion Rising, which can be joined at www.onebillionrising.org 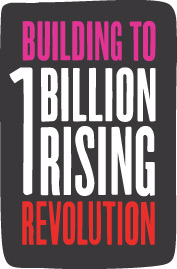 1 in 3 women across the planet will be beaten or raped during her lifetime. That's ONE BILLION WOMEN AND GIRLS. Every February, we rise -- in hundreds of countries across the world -- to show our local communities and the world what one billion looks like and shine a light on the rampant impunity and injustice that survivors most often face. We rise through dance to express joy and community and and celebrate the fact that we have not been defeated by this violence. We rise to show we are determined to create a new kind of consciousness -- one where violence will be resisted until it is unthinkable.

This year we are rising for Revolution. We are initiating a new series, "Building to One Billion Rising Revolution," where we will be sharing stories of extraordinary activists who embody the creative radical shift in consciousness required to bring about CHANGE.

Grassroots activists who fight for justice and liberation with passion and joy.