Be warned: watching "I Smile Back," the film based on Amy Koppelman's book of the same name, will leave you very sad. Not have-a-good-cry-and-get-on-with-your-day sad, but a slow-burning, cold-bones sad. A sadness that makes you want to crawl under your covers and sleep for the foreseeable future.

The film follows Laney, played by Sarah Silverman, a suburban mom with a loving husband, two adorable children and a big, pretty white house. Between carpool runs and tucking her kids in at night, she downs wine glasses of vodka, snorts cocaine in the bathroom and skips her meds. She's crippled by depression, anxiety and addiction, and a short stint in rehab can't assuage her paralyzing fear that the people she loves so much will leave her. As a result, she ends up leaving them.

"I started working on Laney in like 2000 or 1999," Koppelman explained in a phone interview with The Huffington Post. "I didn't know her before I started, I just knew I was writing about a character who, every choice she made was rooted in fear and anxiety about hurting the people she loves and being hurt by the people she loves. When I wrote the scene where Laney gets banged against the wall I realized, 'Oh, that's what this story is about.' How she, in a way, feels happy because she finally looks on the outside how she feels on the inside."

In the brutal penultimate scene of the film, Laney finds herself post-bender, near the bathroom at a bar, nearly blacked out, having sex with a stranger. When she tries to end it, he slams her face against a brick wall to which she replies, "I don't even feel it" before passing out on the floor. He steals some cash and leaves her, face bloody and purple.

In the film, Laney comes to in the early hours of the morning, takes a cab home and makes her kids brown paper bag lunches, adorning them with bubble letters and hearts. She briefly makes eye contact with her husband and leaves. This last scene, however, was not in Koppelman's original book. "The story ended for me after Laney gets beaten up in the bar," Koppelman said. "She drives home in a taxi and it slows down and she sees the light on in Eli's room. The book ends saying, 'Regret is vivid and whole. Brazen.'"

It was Silverman who suggested the final visit home. "When we were working with Sarah she said, 'I just want to come home and do one last thing for my kids.' That second to last scene we wrote in for her, and I think that's a very important scene because it's so crucial to me to convey that this woman really loves her family. She loves her children, she loves her husband, and yet she can't help but destroy the people around her before they have a chance to destroy her."

"I felt like it was both the least and most Laney could do for her kids at that point," Silverman said, regarding the choice. "To lean on literal muscle memory to do that one mom thing for your kids -- making lunch. It was something she did for them at her strongest and weakest." The gesture also references an earlier interaction between Laney and her father, who abandoned her as a child, and who later apologizes for not making her lunch growing up.

Silverman herself commented on this echo via an email to HuffPost: "In comedy, we call it a callback!"

Laney's time on screen is characterized by a string of ever-worse decisions, endangering the well-being and safety of those around her. Viewers may be sympathetic, disgusted, enraged, empathetic, or all of the above. "It changes all the time," Silverman added, contemplating her own reactions to the character. "Makes me think of that notion that someone might go to a museum and look at the same painting every day, and one might wonder, 'Why look at that same thing over and over?' But the answer is [that] what you’re seeing changes as you change.  So it all depends on not just how I look at Laney but when, you know?"

The polarizing film received both positive and negative feedback -- it currently boasts a 44 percent on Rotten Tomatoes -- but the reaction to Silverman's dramatic performance has been unequivocal. As Peter Travers put it in Rolling Stone: "Silverman, digging so deep into her character that we can feel her nerve endings, is like nothing we've seen before."

Did Silverman know taking on a role like Laney was something she was capable of? "A bit," she revealed. "I knew I had more inside me than what I've shown in my public work but don't we all? I remember asking my agents at the time to submit me for dramas and they said, 'Well, we don't have any tape on you for drama,' and I suggested my part in 'The Aristocrats.' They laughed and I get it, but to me there's no difference in my performance in that and dramatic acting. [My character in 'The Aristocrats'] doesn't know she's in a comedy. Just like, I suppose, Laney doesn't know she's in this bleak drama."

Koppelman had her eye on Silverman before "I Smile Back" was a film at all. Listening to Silverman talk on Howard Stern, Koppelman strangely magnetized to the sound of her voice. "I just heard her on the radio and there was something about her voice that made me think she would understand me," Koppelman said. "And I think all we want as human beings is to be understood. First I just wanted to get the book to her, and the amazing thing was, she read it."

Koppelman asked Silverman almost as a joke: Would she star in a film based on the book if it were ever made? Silverman agreed, "As long as it doesn't suck." Koppelman's mission was set. Because of Silverman's performance, Koppelman explains, little was lost in the adaptation of book to film. "When I watch Sarah on screen all the internal storytelling that is in the book is all there, it's all in her eyes. She is more Laney than I could have even envisioned."

Koppelman's next book Hesitation Wounds, about a psychiatrist who specializes in treatment-resistant depression, comes out next week. "With this book I'm learning to forgive myself for being OK. I'm saying it's OK to love, and yes, everyone you love will be taken away, because we all die -- the best we can hope for is that it goes in the right order -- but while we're alive, we might as well live and love the most that we can."

As for what happens to Laney after she closes the door to her home and her life, Silverman is not too optimistic. "Well, if my eldest sis Susie is asking, I would tell her it all works out: Laney finds her bottom and builds her life back, becomes a sponsor, gets her family back, maybe goes on speaking tours ...  Susie needs to know things will work out.  But, yeah, no -- I suspect it doesn't go well for poor Laney."

"I Smile Back" was written by Amy Koppelman and Paige Dylan and directed by Adam Salky. It is now playing in select theaters. Watch the trailer below. 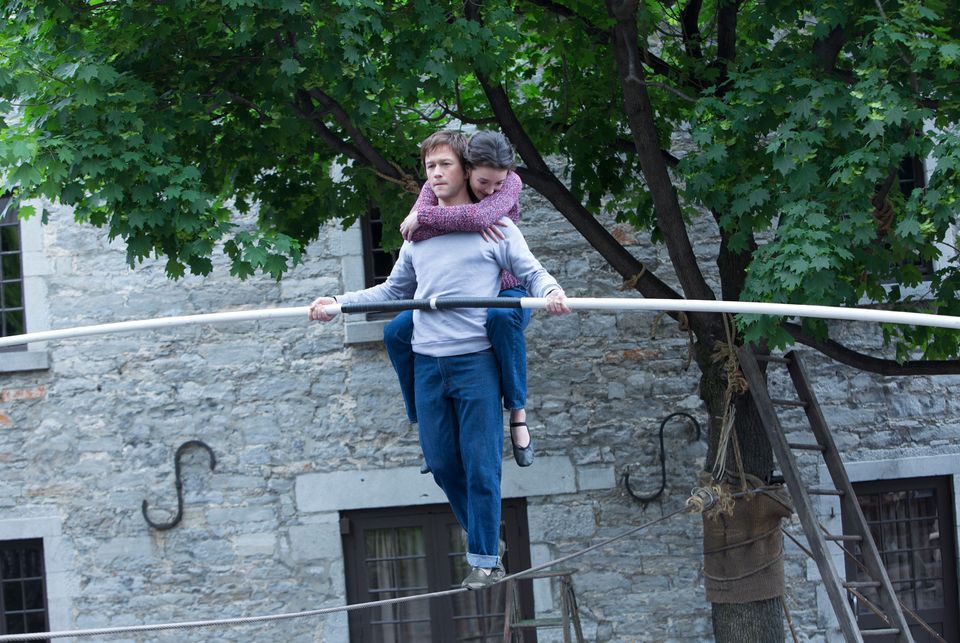 1 / 16
"The Walk" (Opening Night • World Premiere)
Directed by Robert Zemeckis &bull; Written by&nbsp;Christopher Browne&nbsp;and&nbsp;Robert Zemeckis<br><br>Starring Joseph Gordon-Levitt, Ben Kingsley, Charlotte Le Bon and Ben Schwartz<br><br><strong>What to expect:&nbsp;</strong>JGL had two potential Oscar bids this year, until <a href="http://www.hollywoodreporter.com/news/oliver-stones-snowden-pushed-2016-822819" target="_blank">"Snowden" was delayed to 2016</a>. Now he'll have to coast on his stint as French high-wire artist Philippe Petit, who tightroped his was between the Twin Towers in 1974. It's "Man on Wire" in the form of a 3-D spectacle, thanks to the director of "Back to the Future" and "Forrest Gump."
Sony Pictures