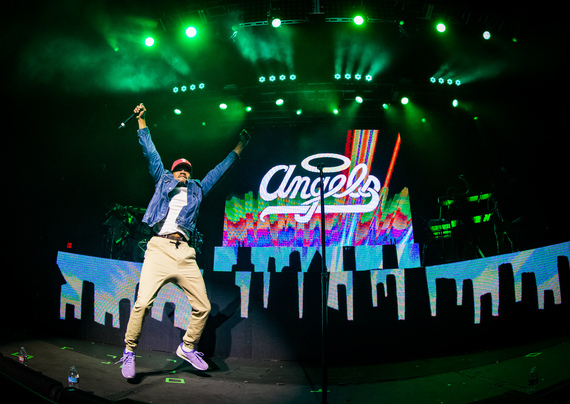 His name is Chancelor Bennett, a 23-year-old, vibrant personality from the Southside of Chicago. To his millions of fans across the world, he is affectionately known as Chance the Rapper. This seemingly ordinary young man has accomplished several extraordinary things since the debut of his first mixtape 10 Day in 2011. From being the first unsigned artist to perform on Saturday Night Live, to selling out every seat in the Chicago White Sox's Cellular One Field for his ground breaking Magnificent Coloring Day Festival, to producing the first streaming exclusive mixtape (Coloring Book) to chart Billboard 200, Chance has positioned himself as a courageous artist who challenges conventions and eschews corporate cooption. He represents freedom and authenticity for a generation that is on the cutting edge of innovation and that grows increasingly suspicious of prevailing institutions.

Because of his refusal to sell his music or sign with a record label, you can find Chance's mixtapes on Sound Cloud, Spotify, and Apple Music for free. Yes, free! Many would consider Chance's decision to pass out free music as a low-end disruption in the music industry, an alternative method of distribution that renders older methods obsolete. We have seen similar disruptions throughout the years in the transition from analogue to digital culture. Just think about the transition from albums, to 8 tracks, to cassette tapes, to CDs, to mp3, and now to streaming. However, I believe Chance represents a disruption not only in the music industry, but also a disruption in the way millennials talk about, think of, and engage with God.

I was able to witness this phenomenon firsthand while traveling with the NAACP Youth and College Division to register voters during the Magnificent Coloring World Tour. Thousands of people, primarily teenagers and college students, filled arenas across the country for a production that lifted our collective humanity above the artificial boundaries - such as race, class, and gender - that divide us. After performing tracks from 10 Day and Acid Rap, Chance gave the people a Gospel revival with songs like "Blessings" and "Finish Line" that invoked the name and nature of God. Throughout the night, Chance conjured instructions with explicit theological overtones: "Hands Up!" and "Give all this Glory to God" were chanted throughout the night. The Magnificent Coloring Tour takes each concert attendee on Chance's journey with "Carlos the Lion," his puppet-guide and counselor, who echoes a familiar charge to Chance: "Don't forget the message, Big Fella!" The Message, one that harnesses divine dependency to human agency, was on full display during the concert so much so that it was difficult for me to determine whether I was in a Hip Concert or a Gospel Revival. Is Chance the Rapper a Hip Hop Artist or a Minister of Music? Though he calls himself a Christian Rapper, I believe he is more than what that moniker commonly suggests. Chance blends the sacred with the secular - Hymns and Hip-Hop - and what we are left with is his honest embrace of the Divine without attempting to discard his authentic self. It is, in the truest sense, a love affair between divinity and humanity. In the words of Howard Thurman, Chance cultivates "the sound of the genuine" and invites his fans to embrace a similar unashamed and unapologetic "sound" of their own.

To be sure, the idea of God is as old as thought itself. The idea of an ultimate being upon which all other beings are grounded guides the way many in the Judeo-Christian tradition relate to one another and the "wholly other." However, Chance's unashamed and unapologetic invocation of God bears particular significance for the millennial generation. According to a study conducted by the Pew Research Center, the number of religious "nones" is surely growing. Approximately 23% of Americans identify as "atheists, agnostics, or nothing in particular." Nearly eight-in-ten millennials with "low levels of religious commitment" describe themselves as atheists, agnostics or nones. Compared to older adults, millennials are more likely to identify as nones. The generational divide is increasingly apparent as the Baby Boomer generation declines and the millennial generation garner a growing share of the population.

So, given the data, why is Chance able to do what he does? Why are his crowds equally as hyped for "How Great" and "Blessings" as they are for "No Problem" and "Smoke Break?" It submit that Chance, by using his platform as a Hip-Hop artist to communicate the import of his theological commitments, has revealed that it is not so much the idea of God that millennials reject, but the method by which that idea has been passed down and the institutions that have held the idea of God hostage from young creatives. God is not dead, but some of the institutions that represent God are on life support. The idea of a God that remains distant, dictatorial, and confined to the cathedrals of our world will no longer satisfy the religious imaginations of our generation. The God Chance speaks of, and reacquaints us with, is intimate, empowering, a "mutual fan," and, above all, the consummate expression of a love supreme.

Chance represents the need to update the way we talk and think about God. Martin Luther, a 16th century German reformer, theologian and hymn writer, suggests, "Music is the handmaiden of theology." Through his music, Chance positions himself as a public theologian who is helping us discover how we must equip our theological toolkits for this moment in history. The personal piety and institutional estrangement practiced by many Christian Churches is unfit to engage this prophetic moment in American religious life. There has always been a need - from Thomas Dorsey, Mahalia Jackson, Kirk Franklin, BJ the Chicago Kid, and now Chance the Rapper - to update the presentation of the Gospel for each generation. We have a generation that yearns for God, but rejects the traditional ambassadors and institutions that supposedly represent God. Millennials are more likely to be found giving glory to God in Chance's concerts than in your local church sanctuary. The people - particularly millennials - are ready for their Blessing. The question is whether the Church will repent and strip itself of oppressive ideologies and practices - its sexism, ageism, patriarchy, classism, homophobia, and silence - in order to be a conduit for that Blessing. 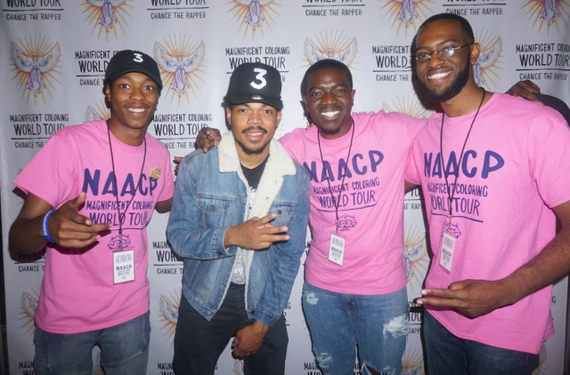