I was never supposed to be born. My mom had cancer when she was around my age, and because of it, she was told she'd never be able to have children.

I guess that's probably why she made such a big deal out of my birthday. It was the little things, like her waking me up by singing to me, or taking me out to dinner, or getting quite possibly everyone she knew to tell me happy birthday. Somehow she managed to make January 30th my favorite day of the year, and it's one of the things I miss most about her.

This year I spent my second birthday without her. The first one was nearly two months after her death and it wasn't so bad. My dad flew up and a good friend of mine bought me Starbucks. Then we went to Chick-Fil-A.

But the second year, on my twentieth, a lot of things got in the way. I was on a break from school and planned to go home but that didn't work out and my dad couldn't fly up. To top it off, most of my friends weren't on campus for various reasons. Throw in some depression about national events and the world and I was really not feeling life. After moping about the thought of being completely alone for a while, and searching the internet to come across articles like this, I came up with the idea to spend twenty hours without social media (including texting).

I'm posting this in the hope that this will be helpful to anyone who doesn't want to spend their birthday completely alone but finds themselves having to. There are definitely ways to make an ordinary day positive by doing the things you like to do, which means celebrating yourself. That's what a birthday should be, anyway. 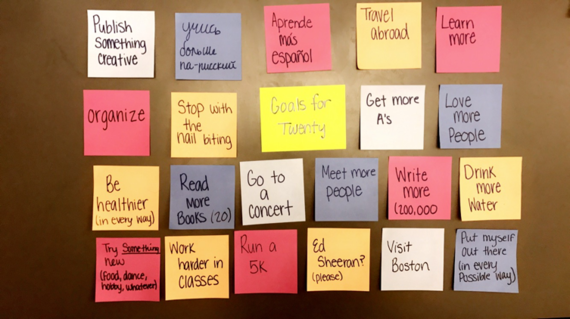 I typically try to fall asleep before twelve on my birthday. I like to wake up to all the messages just to start my day off right. But due to the break, my sleeping schedule was a mess, so I decided to roll with it. Here are some highlights:

12:00: I started off my birthday by filling up my water bottle.

12:04: I went downstairs to wash my face and apply a face mask and ran into a friend in the hallway. He was staring at me smiling, so I asked if something was wrong. He simply replied, "Nothing, just admiring you." Then he patted me on the back and kept walking.

12:10: I applied my facemask, then took a shower to wash it off. I moisturized my skin and painted my nails. Then I stood in the mirror and stared at myself, admiring who I once was and who I've become through the years.

Believe me when I say this was the longest I'd been without social media or texting unless I was sleeping or on a plane. My phone was on airplane mode and I'd turned off notifications from my laptop and I was surprised at how good it felt to be unreachable. I still had CNN alerts enabled so if something drastic happened, I would know, but it was starting to feel really good to just be alone with myself, with just my thoughts for company. Here are some highlights:

1:02: I filled up my water bottle again. Then, as I was walking back to my room, I made the decision to only drink from refillable water bottles for the entire year (unless in an airport and I'm forced to buy bottled water).

1:08: I'm one of those weird people who actually enjoy organizing. It's calming for me so I decided to organize my desk.

The Third, Fourth and Fifth Hours:

I spend the night watching Youtube videos and a Russian movie. I'm a night owl, so I typically like being alone in the late hours of the night anyway, but there was something extra calming about not having anyone to talk to.

I let myself sleep in today because I don't have classes and didn't have anything else to do. So I woke up at around 12:30, read some of Donald Trump's latest actions, and then finally got up for the day. I made my bed even because you know, I'm officially no longer a teenager and must act as an adult.

Ed Sheeran's new music video, which I like to think was a birthday present, was released so I was able to watch it. I realize not everyone has the fortune of waking up to such a great birthday present but I totally recommend watching your favorite music video anyway.

I did my makeup and picked out a nice outfit. Then, with my phone on airplane mode, ventured out into the world to listen to music and find myself a cupcake.

This hour was probably the biggest deal for me personally. Typically, when I'm walking somewhere I'll call my dad or at least scroll through my Instagram and Facebook feeds. But I didn't have that.

So I finally decided to venture out of my dorm room, going to a local cupcake shop and buying myself one. On the way back I had this whole feeling of independence flowing through me. 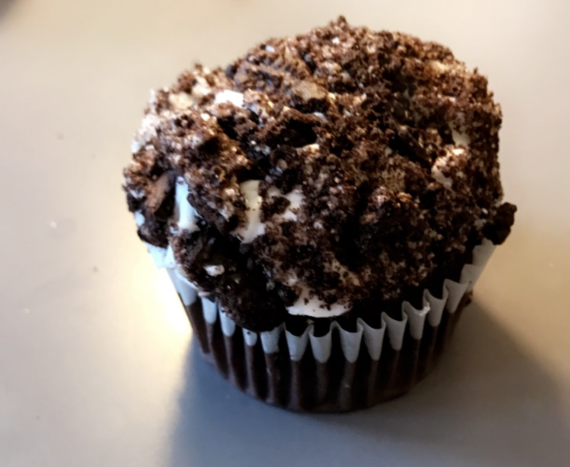 The moral of this hour is that it is 100% okay to buy yourself a cupcake or cake on your birthday. And I full heartedly encourage it. (I had an Oreo chocolate one and it was great.)

After this I went to Starbucks to get my free drink. As part of my relationship with Starbucks, they spelled my name wrong. To be honest, it was such a tribute to our true love that I didn't even care. Another plus from this hour was that the barista was one of two people to tell me Happy Birthday in person! Even though it's probably in his job description, it was still nice nonetheless. 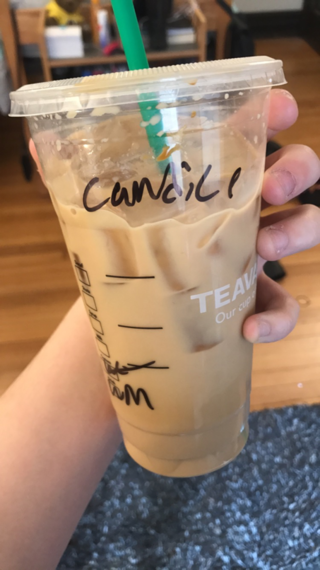 I got back to my room and with nothing else to do, I had no choice but to do what I really wanted to do, and that was to write. I already write all the time anyway, but it was so good to be able to really focus on the words, with nothing else blocking my brain. I've made myself a solid goal of trying to get 200,000 written words this year and it felt great to have a head start on that.

The thing about having no social contact is that I was completely in charge of my life. I like to think of myself as fairly independent already. I mean, I go to school almost 600 miles away from home and while I do like going places with my friends, I also sometimes enjoy going places by myself. So, when I got an email, about free pizza, I normally would have asked someone to go with me or at least talked to them while getting the pizza. But I had to go by myself. It wasn't bad at all.

There were about twenty or so people in the room and I only knew one of them, a faculty member, but I think what was so cool about this was the amount of smiles they were just sent my way. No one there knew it was my birthday but they, like me, were alone on campus. It's amazing how much perspective can change. I was also amazed at the feeling I had in that room. It was almost as if the fact that it was my birthday was some secret that no one else knew. They didn't know why I was so happy and they didn't need to know either.

For the duration of this hour, I wrote some more while eating my pizza. A 6,289 word count isn't too bad for the day! 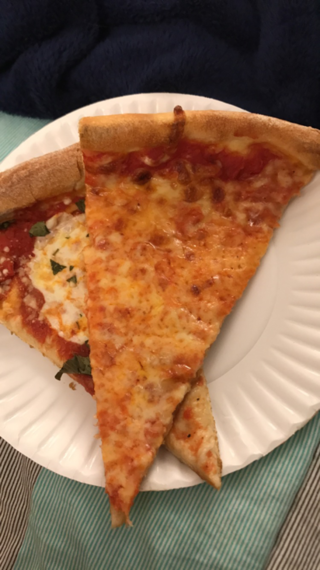 The Eighteenth and Nineteenth Hours:

This hour was the time when things started to get a little more difficult. I was very much aware of how close to 8:00 it was getting. I began to think of all the people who texted me and wondered if I was actually being rude by ignoring them. But then I realized that thinking about them so much was actually the opposite of what I was trying to accomplish with this challenge and decided to watch some Youtube videos instead.

Not gonna lie, this hour was half of me talking out loud to myself in Russian. But hey, practice is practice. About halfway through I made a spontaneous decision to go and get Qdoba for later that night.

I listened to Ed Sheeran's debut album which I used to listen to all the time when I was fifteen, and ended up running into a friend while at Qdoba. He was the second person to tell me Happy Birthday and we had a nice conversation.

So while eating some of my burrito bowl and finally opening all of my texts and notifications, it was great to feel loved. But I wondered if I would have felt any different about the day had I not opened them at all.

Here are some things I learned:

We are a very technological society. I knew that going in but I wasn't quite sure just how much I relied on my phone and social media for happiness and likewise, for sadness, too. There were plenty of points in the day when I wanted to text my best friend, and especially my dad, but it was so worthwhile to be with just myself.

I genuinely do not need people. I love people, and I like surrounding myself with them from time to time, but I can feel just as happy and secure with myself. I think maybe that's what life has been telling me all along, with the death of my mom and problems with friends.

Unfortunately, there are a lot of things that are unstable right now in the world. Although it's hard, we just have to focus on what we can. Sometimes it's good to control all that internal energy and just make everything okay with yourself.

And if it's your birthday and you're reading this, Happy Birthday!