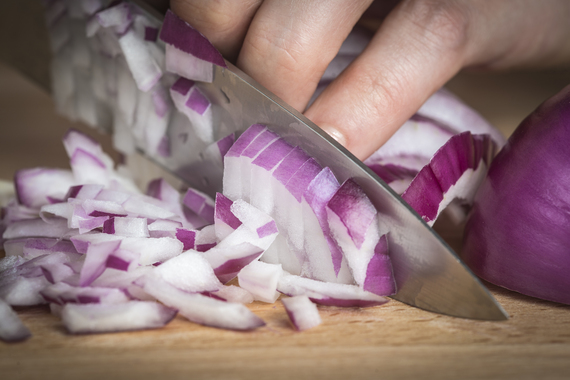 Um, yeah, me neither. But for those who do regularly employ this excuse, I have some bad news: it's possible to slice an onion without releasing the peeper-irritating sulfuric acid (propanethial S-oxide).

There are plenty of myths, legends, and old wives' tales out there about how to cease the flow of onion-induced tears, so I tried 'em all -- using a white, yellow, and red onion -- to determine the best ways to keep tears locked deep, deep inside the recesses of my soul, like a real man. I did a controlled test first, without any preventative measures, and spoiler alert: it stung the crap out of my eyes. 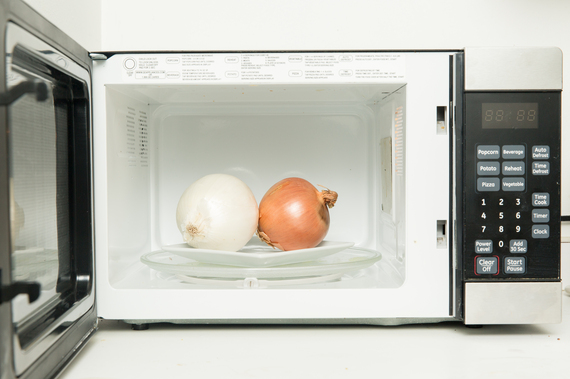 10. Microwaving onions before cutting
How is it supposed to work?: You nuke the onions before you cut them -- you can even cut the ends off for added effect (more on that later). The radioactive waves draw out and weaken the harmful acids.
Did it actually work?: Everyone in the office was kind of pissed I made the communal kitchen smell like heated raw onion. And no, it didn't work. 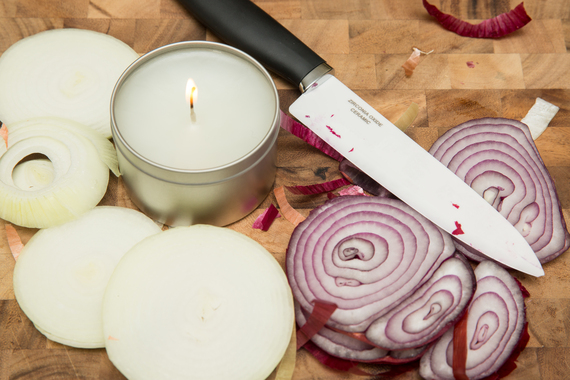 8. Cutting the onion close to a burning flame
How is it supposed to work?: The open fire (I suggest a small candle, for obvious reasons) is supposed to draw the fumes away from your retinas and into the heat.
Did it actually work?: No. Not at all. And now the entire kitchen smells like patchouli.

7. Covering your knife in lemon juice before cutting
How is it supposed to work?: The lemon juice -- a powerful, natural odor absorber -- sucks up all the nasty sulfur before it hits your peepers.
Did it actually work?: Nah. Though it did remind me of all the times my mom made me Pledge the entire hardwood floor of our dining room. Which brought me to tears, but in a different way. 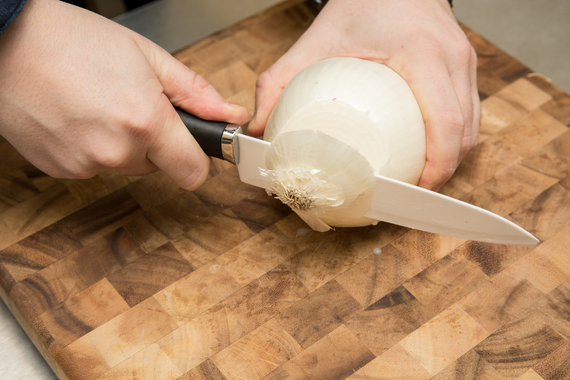 To find out which onion-cutting methods produced the fewest tears, get the full story at Thrillist.com!

Things in Your Kitchen You've Never Cleaned But Need to Immediately