His hair made me swoon long before I'd heard that expression.

I didn't know the word "perfection," either. But when I was nine (to be precise, nine years and eight days), I grasped what it meant.

I had no adequate words then to describe how I felt when I first saw David Cassidy as oldest brother Keith Partridge in The Partridge Family, which premiered September 25, 1970. I just knew it was the best birthday present I received that year. After a month of alluring television previews, there he was, on-screen, dressed in red velvet pants and vest with white shirt, strumming his guitar and singing onstage.

Teen magazines were quick to zero in on his unfussy yet perfectly symmetrical shag haircut, parted on the side, with beautiful chestnut-brown waves cascading over his forehead like a follicle waterfall and sweeping behind his head like sea grass in the ocean breeze of an eternal summer.

His smile was easy yet complicated -- I identified with the longing I saw behind it. He wore beatnik-chic bell-bottom jeans that rode low over what seemed like no hips at all. His look fell on the sartorial scale somewhere between Hardy Boys and Woodstock hippie. Often, he wore his shirt open several buttons, exposing a smooth tan chest, sometimes with a puka-shell necklace framing his throat. And his voice -- so smooth and pleading, wanting to connect, openhearted but not too flashy.

I see now how this romantic ideal imprinted on my soul like the first chords of an unforgettable song rooting you to a newly discovered desire within yourself. What I didn't know at nine was that I'd made an unassailable commitment to its enduring power, and that I would have an inchoate longing to reconnect to it, always.

But I'm getting ahead of myself. 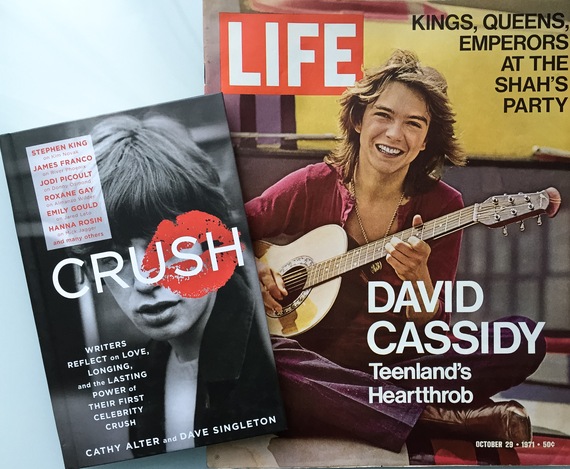 My family had recently moved back from Pittsburgh, Pennsylvania, to Alexandria, Virginia, and I was having a hard time adjusting to my new school, an uptight and conservative Episcopalian haven for boys, many of whose parents were showy and well-to-do, which mine decidedly were not.

It was the kind of place that fought with all the cavalry they could muster the onslaught of liberalism in the form of a half-credit art course. With uniforms, strict policies, tough male teacher-coaches, and a smattering of bitter old nun wannabes who ruled, literally, with thick wooden yardsticks they weren't afraid to smack an errant note-passing boy's hand with, it might as well have been Catholic school. The focus was on football, math, science, and God -- in that order.

I had no voice in that classroom and felt like a prisoner at home. I was the youngest of four children, the other three of whom were nearly a decade older. They were whatever you'd call the WASP equivalent of Irish triplets -- perhaps just ambitious.

My parents were in a constant state of anxiety and aggravation. I retreated into silence, out of the way not only of difficult Dad, but also of Mom, siblings, and potential bullying.

I was egged on by The Partridge Family's opening song, "C'mon Get Happy," which, each week, called out to me like Alice's beckoning mirror.

Hello, world, here's a song that we're singin', c'mon get happy
A whole lotta lovin' is what we'll be bringin', we'll make you happy

As a curious and slightly desperate preteen, eager to escape my harsh black-and-white reality, I couldn't wait to bound into the magical color console. Leap into the television's looking glass is exactly what I did.

I found the courage to request sole occupation of our family TV room on Friday nights from eight-thirty to nine p.m., the first time I remember making such a bold appeal. Perhaps my parents decided to toss me this bone as an inexpensive way to create some peace and harmony. Or maybe they admired the quiet kid's taking a stand. I'll never know. But I got my wish and my time slot was sacrosanct. Keith and family swooped me away in the Mondrian bus for a half hour's ride to adventures unknown, escaping into a private Valhalla I hated to leave when the credits rolled at nine p.m.

Friday night soon became my beacon, a small lighthouse offering me refuge after a week of choppy emotional seas caused by family stress and a suffocating school daze. I felt a breathless need to share air with people who actually understood me -- a tribe I hadn't met yet. 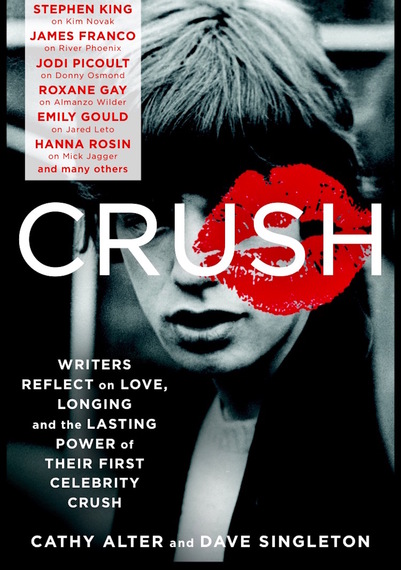 One chilly Friday fall evening during the show's second season, the year David Cassidy's popularity took off like a rocket shooting past humdrum galaxies into the outermost solar system of teen stardom, I raced upstairs from our family room. I had a three-minute commercial break from more adventures with the poster boy for millions of young girls and, now I know, more than a few boys.

I dashed to the kitchen for a Coke refill, passing the dining room, where my sister and mother were drinking wine and talking intently.

My mother had uncorked a jug bottle of Gallo Chablis, which she'd told me was slightly sour tasting but always did the trick. My father was out at a poker game. No one mentioned my brothers, about whose whereabouts we'd all stopped inquiring. There'd been no sign of them that day. Asking where they were or when they'd return home was a surefire route to stress. With the men out, it was a calmer, mostly testosterone- free zone and I felt safer.

Typically, I wasted no time or words on my quick kitchen stopovers. But tonight was different. I was curious about my sister's conspiratorial whispers, which sounded dramatic, like secrets worth uncovering. I quickly deduced she was dissecting an argument she'd had with her teen-idol fiancée, while my mother confided her unhappiness with our dad. She said he was difficult to live with because he always cast a pall over family occasions.

"Your father can't just have a pleasant time," she said. "He has to ruin it."

My mother smiled when I appeared and asked, "How's your show?"

"Okay," she replied, her eyes slightly glazed and her smile placid but buzzed from the wine and the True menthol cigarette she was smoking.

Following an impulse I ponder to this day, my sister turned directly toward me and asked, "What is it with you and this show?"

"What?" I asked. I felt defensive about my independent Friday night, the one time of the week I could be myself without reproach. I feared its being taken away before it felt fully mine. Was I about to be criticized?

"Do you have a crush on someone on it or something?" she asked, twirling strands of her thick, light-brown hair, which she'd probably straightened with orange juice cans earlier that evening.

"Yes," I replied, beaming what I now realize was the scared, exhilarated smile you show when someone cracks your secret code.

The smile you reveal when you finally spill a secret, admit you're in love, or both. In that brief moment, beauty and truth win out over your fear about what anyone else thinks.

I turned beet red as both of them noticed my reaction and sat up a little straighter.

"Is it on a boy or a girl?" my sister asked. It was the first time anyone ever indicated that it was possible not only to have a crush on someone of the same sex but also to utter that prospect out loud.

"Boy," I replied quickly, not sure what this would mean, feeling like a determined but teetering funambulist.

My mother's expression changed ever so slightly, her curiosity piqued. But she wasn't as invested as my sister, whose eyes widened like nosy saucers.

I bubbled out, "His name is David, too, and he's the coolest guy in the world. I really like him."

It wasn't a completely unguarded moment. But it was as close to one as I'd had. I was self-aware enough to hear a voice within say, Uh- oh, you better not act too excited. Don't show too much. I knew my admission meant something, and there would be no going back.

This post is an excerpt from Singleton's new book, Crush: Writers Reflect on Love, Longing, and the Lasting Power of Their First Celebrity Crush in stores now.

Writer and author of CRUSH