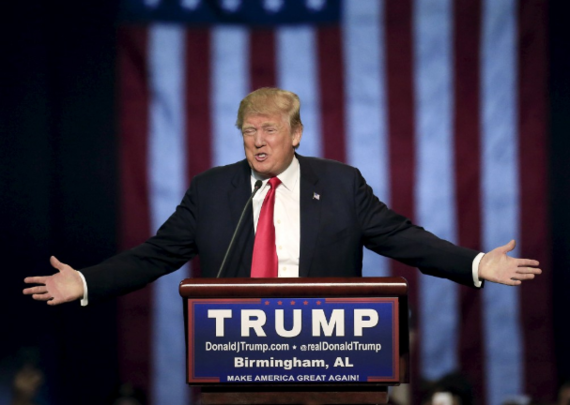 As an Executive Recruiter and Author, I normally write about work/life balance and finding true meaning in work and in life. My book SHIFT comes out later this year. It highlights the shift in nine people's lives (from CEO's to Venture Capitalists to people like you and me), that inspire us to go for it. In a way we all have more than a cat's nine lives and the stories in SHIFT may even convince you of it.

But today I am going to write about something different.

The Presidential Election is coming up and I have been quietly following it on the sidelines. I say nothing at parties or when business conversation turns to politics because I live in a state and county that is so liberal, even whispering the name Trump would get me thrown out, regardless of stance. And I would like to keep my friends. Well, maybe until after this article.

I THINK TRUMP WILL WIN

I am not going to tell you who I will be voting for, but here is why I believe that he will win.

I deal in the money sector with my everyday business. What does that mean? I am close to the executives that do the large mergers and the investment banks that employ some of the smartest people on the planet. I talk to Private Equity Firms, Venture Capital executives and workers in the trenches of deal flow every day. I know what they think. Money drives our economy, it drives the world, and we want to keep as much of it as we can. Taxes are a major issue in the minds of Americans.

I am very liberal. I think abortion should be kept legal, I have no problem with legalizing pot (just tax it like cigarettes) and I have no problem taxing soda. Just stop taxing me for everything I earn. I think anyone should marry anyone they want and I think we should all be able to buy a home if we can. If not, renting is fine.

We work hard. Very hard. We don't want to give all of our money to the government. If you told me that I would get healthcare like Sweden but have to give up 70% of my money, I would pass and find a more affordable way. I don't go to the doctor that often anyway. Maybe there should be a tiered system based on how often you actually do go and for what. Then everyone can pay what they can pay for what they need.

Trump wants us to keep more of the money we make. Clinton wants to use more of our hard earned money to pay for highly staffed programs or to give it away to others in order to make life more fair. I understand more infrastructure for more of our money, but can some of that be sponsored and built by major corporations with a lot of money, on a bigger scale than just the sponsor signs we see along highways? Just a thought...

People that make a lot of money are generous. Look at Bill Gates, Warren Buffet, Paul Allen, Steve Case; many have taken The Giving Pledge, a promise to give away the bulk of their wealth. I think when we keep more of our own money, we become more generous. If it's all taken away, we won't have any more to give.

If my federal, state and city taxes were reduced, I would give more. I founded a Non Profit for Special Education, have given to friends and friends of friends with cancer, my local church and organizations that help save the Rain Forest. But I would do more if I kept more of my money.

Trump wants to build a wall and reduce immigration across the board. This is not unreasonable. I think he is simply saying what people want to hear.

When I see hordes of people sleeping along beachfront parks in Santa Barbara or begging on the streets of San Diego and San Francisco, and I see immigrants holding all of the jobs that others don't want to do, I see a problem. If we didn't have as many immigrants, maybe some of the homeless or people who try to get a job and can't, might take those jobs. They don't want to live in the shelters because they are not safe; but they do want to work.

Safety for our nation is also of concern. If we got tougher on immigration, maybe the many cells of fanatics with agendas that center around inflicting pain and suffering on America, might be reduced.

I have friends from every race and color. I love them all.
I do not judge. But I do want to live in a country where I feel safe.

Trump wants to get tough on foreign policy. I think we are weak. Talking hasn't done much thus far. Why not get tough? I am so tired of the violence across America and the world. We are a global society. Let's care for each other like one and if that means we have to get tough with the bullies, then maybe we should.

I am not bringing policy or statistics into this article. I am bringing instinctive opinion, and, I believe, the opinion of more people than you want to believe think on these things.

People that I know seem afraid to say that they support Trump because he lives outside the mainstream with his regular wacky comments and policies that challenge. Sure, there is no governor on his outbursts. But is he sometimes saying exactly what you are thinking? Just saying...

I am not committing to either candidate. I am simply saying that Trump is telling us what we want to hear right now and I believe that he will win. I could be wrong.

Clinton is well qualified, despite the missteps of late that deal with emails or handling of certain foreign policy situations. I don't know if we will ever really know the truth to any of these things.

We need to trust our own inner voice. That is one of the great things about being an American. We can vote for what we want. Our voice matters.

I also believe that if Trump does win, he will calm down. He will surround himself with very smart people and become more presidential. I do think he will get things done.

Finally, regardless of what you read, watch on TV or hear your friend's say in public, I think many people believe that there is a chance that America might be great again if Trump wins.

Jody B. Miller Jody B. Miller is the CEO of C2C Executive Search & Strategic Management. She also writes books about work/life balance, articles for The Huffington Post and LinkedIn about topics we think about (yet don't always talk about), and novels about love and friendship. Her new book; SHIFT, How to Find True Meaning in Your Work and in Your Life, will be in stores in late 2016...