Every other weekend.
Wednesdays from 6 p.m. to 8 p.m.
Christmas on even years.
Thanksgiving on odd years.
30-day extended visitation in the summer.
Spring break every other year.
No moving out-of-state.
30 days notice with a job change or move.
Child support.
Child support review every 4 years.
Insurance provision.
Split copays.

Following these instructions laid out for us made us tired, angry and confused.

We were tired of times and dates and who has her when and what time she needed to be where and on and on. We were angry because of expectations that seemed impossible. We couldn't always get her by 6 p.m. or drop her off by 8 p.m., life just doesn't work like that and occasionally you're late or early or can't do it at all. We were confused because it's a mess.

Have you seen a custody agreement? There's such a division of time and dates that your calendar is so marked up it looks like a two-year-old got ahold of it with box of markers.

Our custody agreement was stressing us out, making us miserable and was causing us to argue. It was crippling the need for us to figure out how to work together as a team.

So we threw it out.

Shredded it into a million pieces.

Burned it at the stake.

We got rid of it!

We've never looked back, not once. 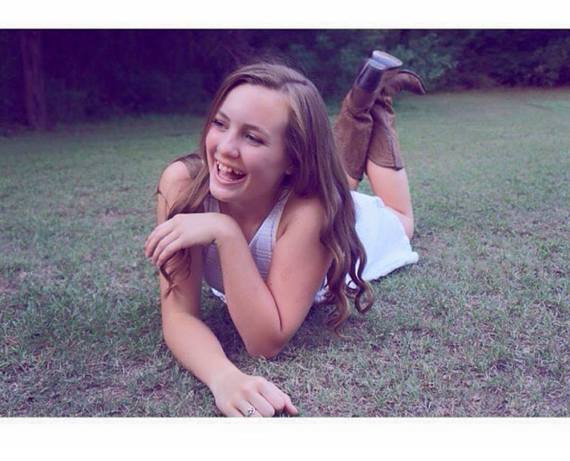 Instead of being controlling jerks, we decided to give each other some slack and truly stop to think about what was best for our little girl.

Our entire relationship changed after that. The dynamics of co-parenting made a positive switch and we became better parents and better friends. Our daughter became happier and we were all less stressed.

When we threw out the papers we communicated better and developed compassion and understanding towards each other.

We took the time to listen to each other and find out what worked in each of our families. We stepped outside the box and created our own custody agreement that basically say that she's equally both of our daughter. If she's with him or me, she's with family and that's what matters.

We decided to simply share in the joy of raising our little girl together and to see each others relationship with her as equally important as our own.

We decided to respect each other and each other's spouses.

When it comes to holidays we just share our time with a huge dose of understanding and grace. We made a choice to not be married and with that we knew that neither of us would have our daughter full-time. For that reason we know that she won't be with us for every holiday and we've learned to not only accept it but to be grateful that she is with the other part of her family getting loved on.

As for child support and insurance, I have no idea what the original papers say. We settled on a child support amount 14 years ago and neither of us have mentioned it since. The person who provides insurance is the person who has the option for the best insurance, that might be him or that might be me. We just do it. We just insure her because she needs insurance. There's no battle over who carries it or who's paying more, we just do it. It's for her and we need to provide, period. If he thinks about it he'll he puts money in her school lunch account, if I think about it then I'll do it.

As long as she has lunch money I couldn't care less which one of us put it in there. When she needs clothes, which ever one of us is in a position to take her shopping does it. They're her clothes and as long as she has what she needs then I couldn't care less who bought the clothes, him or me, who cares. My husband and I provide in every way that we can and he and his wife provide in every way they can. She benefits and she is taken care of. Bottom line, it's all about her.

It's far more complicated for us to constantly refer to papers drawn up by lawyers (lawyers who don't know the heart of our family or our ever-changing needs) than it is to meet up or call each other and talk about the changes like adults. It feels good to have my ex-husband call up on any given day, not an assigned day by a judge, and let me know he's picking up our daughter for a dad night. I can't tell you what that does to our daughter's self-esteem and self-confidence. I will say yes to that phone call every single time.

Our daughter isn't a possession or a puppet.

She's not a pawn or weapon. She's a little girl who never asked for divorced parents and she needs to feel equally important and cherished at both homes. She needs to see her parents love each other and work together as a team. She needs to see us give each other grace and mercy. She needs to know that broken things can be fixed, maybe not back to the way they were before but in a way that works and is healthy.

I'm not going to lie, it take a great deal of self-respect and respect for the other parent. It takes releasing the need to be in control of everyone and everything and it means that you won't always have your way. It takes accepting your ex's decisions in dating and/or marriage and realizing the importance of co-parenting in a healthy way with them as well.

Co-parenting this way means you'll need to stock pile huge amounts of grace, forgiveness and mercy because you're going to need a ton of each.

Throwing out the papers made us better people.

It made us like each other again and took an unnecessary pressure off both of our shoulders. It made us better parents.

It might be easier said than done, I honestly don't know because it was the best decision, as parents of a broken home, that we could have ever made. We love our daughter far more than any ill feeling we ever had towards each other and because of that we were able to rise above. Because of it our daughter has two stable homes with four parents that adore her and work together in her best interest at all times. Because of our decision to parent this way, our daughter has one big family full of love and abundant grace.

Side note: I'm well aware that this can't always be the case and that sometimes the "other parent" is not healthy for the child. I'm talking about co-parenting situations that can be healthy and productive but have things standing in their way that don't need to be. Just throwing that out there before the comments start coming in.

I talk a lot, have a bunch of kids and am married to someone who puts up with it all.