I used to drink before going to the bar. Now I feed my kids before taking them to a restaurant.

I used to go about my life, completely unconcerned with the bathroom habits of others. Now I have two people who treat their own toileting like a personal favor to me. "Ugh. Fine. I'll go potty." And I'm all, "Thank you!"

I used to be embarrassed if I was the last one up in the morning in a houseful of people. Now if I were ever the last person up I would brag to everyone I know and buy a lottery ticket. That would be a lucky day, to be sure.

I used to think people who didn't take their childless friends up on offers to babysit were dumb or martyrs or both. Now I know that those friends who offer to babysit don't really want to do it. They think they do, but they don't. They will, but it will be a favor, not, "Oh my gosh! I love spending time with your kids!" This doesn't count for babies. People like watching babies.

I used to be able to read an entire novel in less than two days. Now I have trouble reading all 40 pages of Pinkalicious without falling asleep.

I used to need complete privacy in a soundproof room to move my bowels. Now I have two children and a dog keeping me company, and I'm so beat down I don't even consider closing the door when I'm on the throne.

I used to be able to carry on a conversation on the phone without interruption. Now the same child who wanted nothing to do with me five minutes before my phone rang has an eyebrow that hurts and also can they get out the finger paints and have some candy?

I used to know that I wanted to make babies with the man I am lucky to have as my husband. Now I marvel at the blessing of watching my heart walk around in two people I grew in my body.

I used to do things. Now I do other things. But every now and again I get the chance to do one of the old things, and then I feel new again. 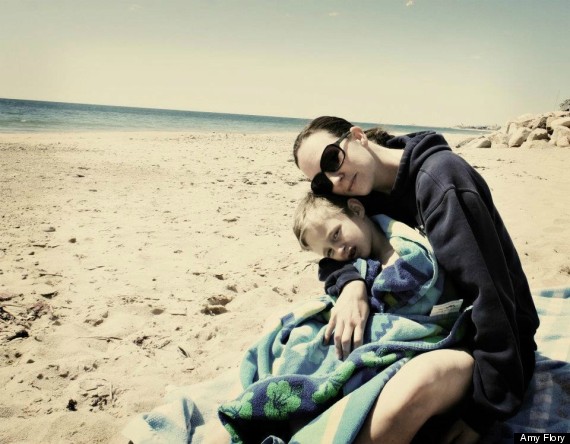 Amy writes embarrassing stories about her family and herself at Funny is Family.