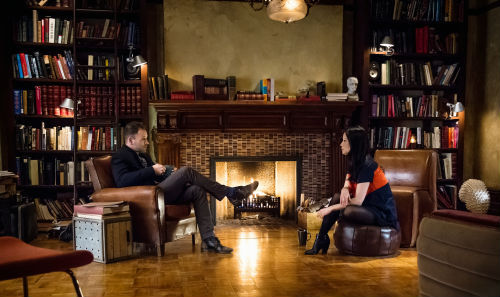 "The industry generates billions of dollars to the local economy and employs 130,000 New Yorkers behind the scenes." -- Commissioner Cynthia López
(Scene from "Elementary" is courtesy of Jeff Neumann and CBS)

Highly successful, long-running shows such as Sex and the City, The Sopranos, 30 Rock, Gossip Girl, Person of Interest, Elementary, Girls, and Ugly Betty have graced the stages of Queens based Silvercup Studios. Now Silvercup, which runs two production studios, is planning a $35 million expansion of a Bronx warehouse into a 115,000 square foot complex for film and television production. Will that bring even more productions to New York? More importantly, will it mean more media jobs for New Yorkers? The demand for content continues to grow. Digital platforms such as Netlix, Amazon and Hulu are now producing multiple series. How has the new media impacted film and television production in New York? These were all questions I recently asked the owners of Silvercup Studios, Alan and Stuart Suna, as well as Cynthia López, Commissioner of the Mayor's Office of Media and Entertainment.

Commissioner López, how much of a player is the Bronx in the movie and television sector in NYC? Do you think the Silvercup Studios' expansion to the Bronx will change things?

Commissioner López: The Bronx, as with many locations throughout the City, has seen a rise in on-location filming as more and more productions are based in New York City, and there will be increased opportunities with the expansion of Silvercup to the Port Morris section. The vital issue to remember is that filming brings with it a bevy of economic activity, including the development of good middle-class jobs, including actors, background actors, and crew members, and each production spends money renting locations, building sets, catering, and buying costumes. The industry generates billions of dollars to the local economy and employs 130,000 New Yorkers behind the scenes. "Silvercup has also been involved in the formation of the Academy for Careers in Television and Film, a high school in Long Island City opened in 2008 which is devoted to preparing students for careers in the production industry."
-- Alan and Stuart Suna

Stuart and Alan, why the Bronx and why now for Silvercup Studios?

Alan and Stuart: We needed the right kind of space in the right location to meet our client's needs. We found it in the Bronx. The Port Morris location, with its convenience to mass transit and major roadways, was the type of location that we were looking for. Further, the particular site that we selected was perfect due to its existing 100-foot clear spans and 50-foot high ceilings. The new sound stages at Silvercup North will have the highest lighting grids of any New York production studio and will give our clients much flexibility in designing and lighting their sets.

Commissioner López, how do you see the key changes in the NYC film and TV production scene over the last decade? How has new media impacted this?

Commissioner López: The 2014-2015 season saw a nearly 60% increase in the amount of episodic series produced in New York City from the season before, the largest increase from one season to another. The number of episodic series grew from 29 series in the 2013-2014 season to 46 series in the 2014-2015 season. The need for creative content to fuel our digital platforms has increased the demand for productions and how timely audiences expect that content. Netflix, Hulu, and Amazon are now in the content creation arena in ways they had never been before.

Alan and Stuart, what is it that tends to bring a show to Silvercup New York?

Alan and Stuart: In addition to our wide range of offerings of studios, offices, etc., good karma could also have something to do with it. We've had highly successful and long-running shows on our stages. Sex and the City, The Sopranos, 30 Rock, Gossip Girl, Person of Interest, Elementary, Girls, Ugly Betty and the list goes on.... Silvercup Studios has been fortunate enough to have been associated with so many Emmy Award winning shows. 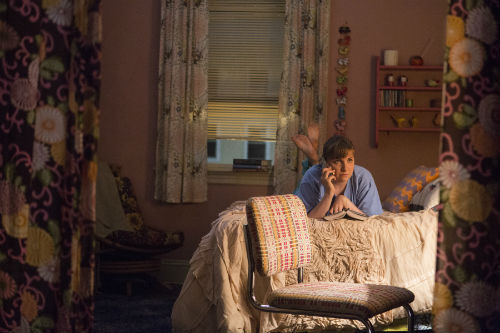 "Silvercup Studios has been fortunate enough to have been associated with so many Emmy Award winning shows." -- Alan and Stuart Suna
(Scene from "Girls" is courtesy of Craig Blankenhorn and HBO)

Commissioner López, have the Internet and tech startups made it harder for young New Yorkers to get media jobs, or have they created more potential jobs?

Commissioner López: The media landscape is continuing to evolve, and with so much of the industry based in New York City, New Yorkers have more opportunities for a range of employment. We are particularly interested in helping the next generation of content creators thrive, which is why we helped create and are supporting the Made in NY Media Center by IFP. The center is an incubator space located in Dumbo that brings together creative professionals from the film, television, video, gaming, technology, and advertising industries. Participants share affordable community workspace as they build on and develop their creative ideas and businesses. The center holds networking events bringing together entrepreneurs and media and entertainment companies.

Stuart and Alan, has New York remained as compelling a destination for TV and movies as it was when you began?

Not only is New York cleaner, safer, and overall, a better city than when we began our business, the recently extended NY State film and television tax credit program makes it economically feasible for producers to work here. The tax credit program has made it possible for New York to remain competitive with Los Angeles and other locations throughout the country and the world, many of which also offer incentives. We've also found an interesting shift in New York City as a backdrop for these shows. Sex and the City, for example, focused primarily on Manhattan, whereas Girls is set in all five boroughs of New York City. 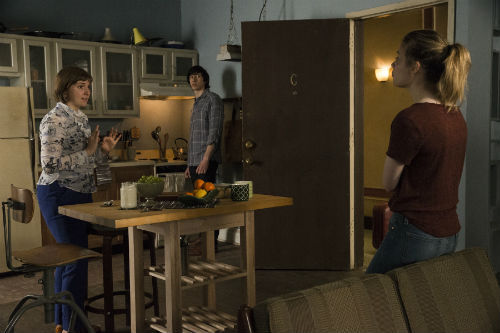 "The need for creative content to fuel our digital platforms has increased the demand for productions and how timely audiences expect that content."
-- Commissioner Cynthia López
(Scene from "Girls" is courtesy of Mark Schafer and HBO)

Commissioner López, what level of impact on New York media revenue have you seen from online media services like Netflix and Amazon, now producing multiple series?

Commissioner López: The proliferation of digital episodic series created for exclusive distribution online has increased exponentially. This trend has impacted the New York City production ecosystem in a positive way. Series like Alpha House on Amazon, Difficult People on Hulu, and Orange Is the New Black on Netflix bring jobs for New Yorkers and money pumped into the local economy.

Alan and Stuart, for the students out there, what skills do you look for when hiring at Silvercup? Have the needed skill sets changed considerably as technology has changed? Have any skill sets remained in demand through the years?

All of the production jobs located at Silvercup are hired directly by production companies. We do foster job growth in production through several initiatives including our work with the Business Exploring program for students ages 14 to 20. Students from around the city visit Silvercup to meet with art directors, wardrobe assistants, craft service staff, and others, and they talk to the students about how they got involved in the industry, explain what types of jobs are available, etc. It's a great way to open up the students to a job growth area, and to show students that you don't have to be just an actor or director to work in film and television production. In addition, we have worked with the City's Made in NY training program and hosted students with no connections in the industry who are looking to break into the field as production assistants. Silvercup has also been involved in the formation of the Academy for Careers in Television and Film, a high school in Long Island City opened in 2008 which is devoted to preparing students for careers in the production industry.

Alan started as an architect, and Silvercup was previously a bakery. What compelled you both to change Silvercup into a studio?

We both began our careers as architects. Our father, Harry Suna, was in the real estate and construction business and bought the building. We decided to convert it to a film studio in the early 1980s because the film production industry was gaining some momentum. Initially, we thought the spaces were going to be used primarily by feature films, but, as it turned out, in its first 15 years, Silvercup was used primarily by advertisers using the space to film commercials. Silvercup Studios' inaugural production was a Cool Whip commercial shot in June 1983. As an aside, the son of the director/owner of that production company is a good client of ours to this day. This is not unique. We have been fortunate to have a multi-generational clientele. This all adds to the unusual history of Silvercup Studios.

Lead photo from Elementary is courtesy of Jeff Neumann and CBS

Photo 2 is courtesy of Silvercup Studios

Photo 3 from Girls is courtesy of Craig Blankenhorn and HBO

Photo 4 from Girls is courtesy of Mark Schafer and HBO