A little over a year ago I had a hard time accepting, let alone telling people, my newborn daughter was "different." I grieved what I thought she was supposed to be and what it meant for our little family.

Today, I fiercely and proudly celebrate her differences, knowing that's what makes her outrageously beautiful. And while I believe that whole-heartedly, for the past year I still felt the overwhelming need to prove that, for both her and myself. It's almost as if I wanted to make it up to her, let her know I'm sorry for ever doubting how special she would be. In a weird way I needed redemption from the guilt and sadness that I automatically felt when I was told she had Down syndrome. 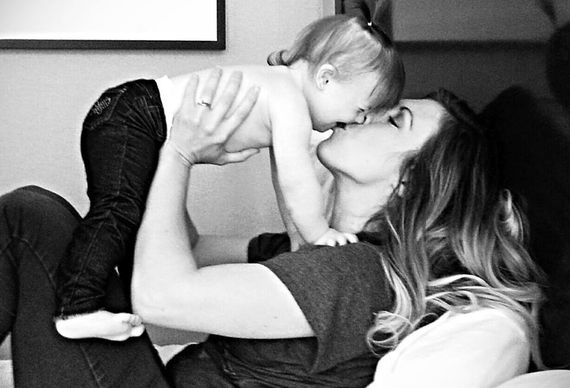 You see I owe a lot to differences...

You see differences are what led me to start "Happy Soul Project," my blog in which I document the beautiful differences of my daughter and encourage others to break down their own stigmas and find wonder in the world around them. And, differences are what gave me the proudest moment in my life, finally feeling that redemption, holding Pip under a 200-foot billboard that proudly boasts her picture at one of the busiest intersections in Canada. 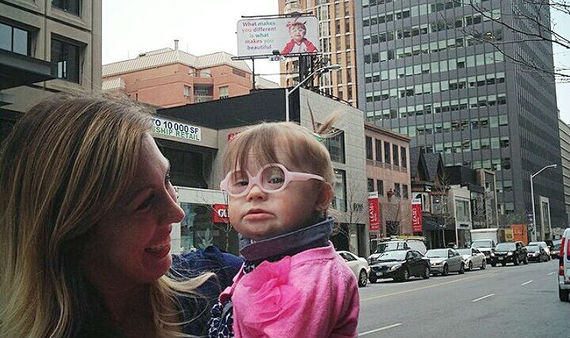 I wanted the world to see what I see and now half a million people will. Half a million people will see my daughter's face and her contagious smile. Some will read Happy Soul Project's message and feel happy, others might feel a bit more confident in their own skin and some might even start to celebrate the differences in themselves and in others.

Holding her under that billboard is a feeling I honestly will never be able to put into words. I hope it has made up for the sadness and unintentional ignorance I felt when she was first born. I hope it shows her I'm trying to make this world a place where she feels special, beautiful, important, respected and accepted. 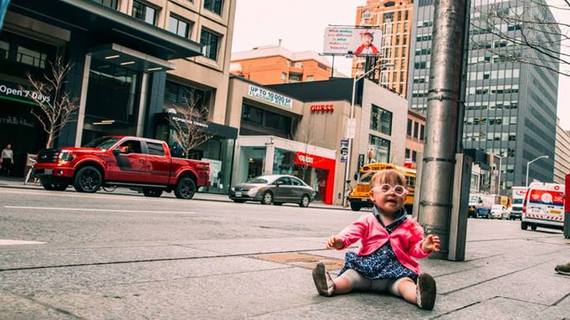 I believe that a world that celebrates differences, that accepts and includes people for who they are, and learns to see people first and disabilities second, is a more beautiful one. A world that is better for all to live in, colored with differences that make it unique.

It's up to each and every one of us to change the world into just that. It's up to us to break down stigmas, motivate positive perspectives, see the ability in all, and respect and appreciate the value in everyone.

The message we shared on the billboard is hanging in Pip's room. I look at it everyday as a reminder of Pip and Happy Soul Project's purpose, to show others that "What Makes You Different is What Makes You Beautiful." 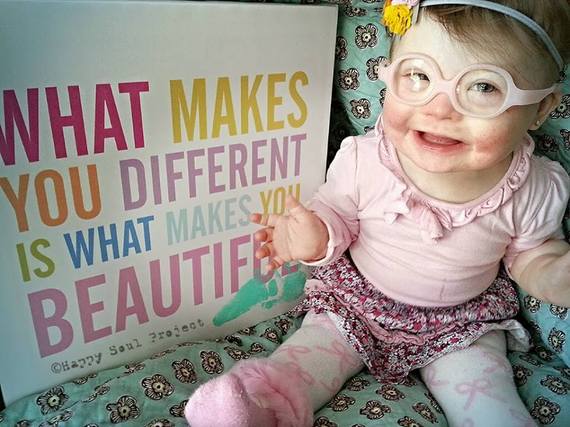 And while I initially grieved what was deemed a negative diagnosis at birth, I've come to celebrate it and Pip fiercely. I'm trying to do my part and share with others that having Down syndrome, glasses or heck, diabetes, doesn't mean something is wrong or broken. It's just different. And different is beautiful. Different is cool. Different is special.