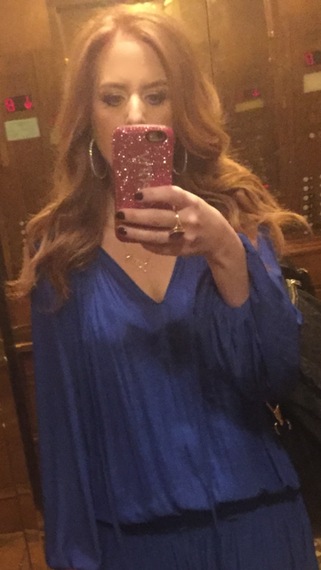 I love my life as much as the next middle-aged-happily-married-mother-of-two. I've got a great guy and awesome kids (complete with manageable issues). I like my career, and like most people, sometimes wonder if having my career is even worth anything.

I don't want a different life.

But I do fantasize about running away for an indefinite period of time.

Go ahead, flame me, judge me, hate me. Then show me an engaged, attentive mother who doesn't want to flee some of the time. I'll have that mom telling me her escape route within 10 minutes!

We all feel it.

Some feel it more than others.

Few of us act on it because ultimately we want to be where we are.

To tuck drop and roll into the fire of freedom won't really give us what we need -- in fact it will burn us. But dancing around that fire, stepping an inch or so too close may be exactly what we need.

I would guess those who've lost their mothers might have the urge to flee more than those who still have their moms.

But we all have that little Houdini in us.

When my mother died seven years ago this summer, I had just an inkling of understanding the level of impact her death would have on me.

I anticipated sadness, and confusion. I expected the longing that was pretty immediate. I was not surprised by the second, third, fourth, fifth guessing of the decisions I encouraged be made regarding her treatment. My anger toward her doctor after she died was typical.

My overall rage and need to flee who I was though (after her death) was a colossal shock.

In her bestselling memoir Wild, Cheryl Strayed writes about being lost and broken after losing her 45-year-old mother and then walking away from her life to go on an extraordinary one woman's journey to find herself again. She gets to walk 1100 miles on the Pacific Coast Trail for 94 days to find her way back to home and back to her good character.

After seeing the movie Wild based on her memoir, I am envious how free Cheryl was to rage and run into her demons, while at the same time furiously running from her pain.

She tried to stave off her inevitable fall into despair through all sorts of debaucherous, risky and crazy behavior. In order to combat the excruciating never ending emotional discomfort, she buried herself in a lifestyle that rendered her unable to feel.

Cheryl Strayed was 23 years old when her mom died, married without children and essentially free to f*ck up her life without real damage or accountability to anyone but herself. (Yes, she ruined her marriage, but wrecking a marriage without children is different from ruining a marriage that includes children.) Ultimately she was able to set out on a path literally and figuratively for 100 days (or so) to reclaim her sense of self and purpose lost in her mother's death. And of course to finally grieve the loss of her mother.

I admire Cheryl Strayed's strength. I admire her ferocious fearlessness. I couldn't walk the Pacific Coast Trail alone. I can barely walk alone around my neighborhood!

I am lucky beyond lucky my mom lived until she was 65 and I was 38.

I have an adult life rich with memories of my mom and my husband and children intertwined.

But when my mom died, my foundation fell out from beneath me and then seemed to scurry away.

And I couldn't run off somewhere to try to find it. How do you run away from who you are and all you know when you've got kids to tuck in at night and a husband to hold. You don't. You don't run away because you can't run away. And yeah you don't really want to run away.

Grieving while raising kids and catering to a husband and every other obligation sucks.
I would argue it makes the process take longer. Then again, I am not sure this process of grieving the loss of a mother ever ends.