Most people could never imagine themselves biting into a sandwich dug out of a dumpster, but the boundaries blur when you're talking about a sealed wedge of very expensive cheese. Things get even hazier when you factor in the most wholesome of establishments... Whole Foods.

It's old news now, but for the uninitiated, there's a large "freegan" subculture of people whose meals are sourced primarily from restaurant and grocery dumpsters. And back in 2009, a group of my friends ascribed to this life when they discovered a lucrative loophole in Whole Foods' distribution network that let them forage thousands of dollars' worth of seemingly safe food.

I never visited the dumpster myself (though I once dined on some of its fingerling potatoes), but I did interview two of my friends about the experience. Their identities have been kept anonymous because they obviously don't want this on their permanent Internet records. Here are their stories, presented without judgment. 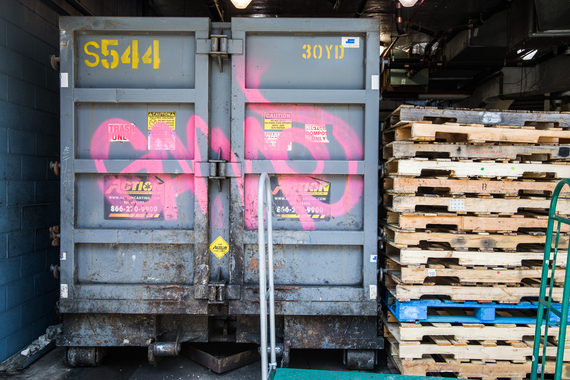 Joe Doempster Diver: "For about a year, me and my three roommates didn't really buy food. We would go to a few other dumpsters too, but Whole Foods always had the craziest stuff. I wouldn't say I was the ringleader, it wasn't exactly a top-down operation, but I was one of the people that went the most."

Jane Doempster Diver: "I only went five or six times, but my friends were going twice a week. We went in the dead of night on bikes, wearing headlamps. It was the type of dumpster that you would enter through the side, not the top. At first I wouldn't get in because I was afraid of rats, but like anything, you acclimate.

Joe: "By the end, one of my partners was wearing a full bodysuit and basically going spelunking. But I was more of a grab-from-the-top type of guy."

Jane: "The Downtown Whole Foods location has a trash compactor, so the key was to go to their distribution center where all the food was dropped off. It wasn't like we were going through the trash, it was stuff that didn't make it into the stores. One hundred percent was packaged goods."

Joe: "There were a bunch of truck drivers there and at first didn't give a damn. They'd just watch us and wonder what all these hippie kids were doing."

Jane: "Usually there were two people in the dumpster and two outside that they'd be handing things to." 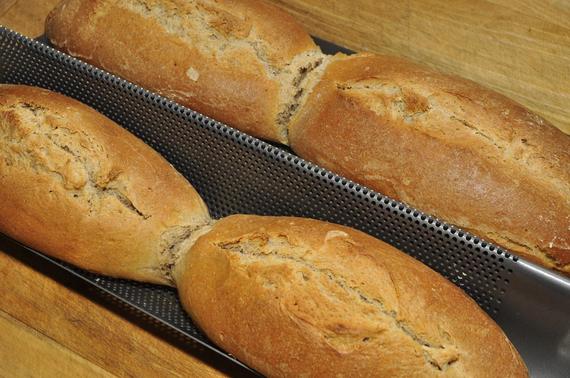 Joe: "We found the type of stuff I'd never buy. Most everything was a one-time find. The first time we went there, they had these 20ft-long bags of full loaves of bread. The whole dumpster was full of it, we were jumping around on it. It was the most expensive bread they sell, the seven-grain kind. We filled up a whole camping backpack."

Jane: "Once we found all this lettuce in plastic containers. It was the most wasteful packaging ever. We were building towers of them, we took about 15."

Joe: "You could get gallons and gallons of milk and yogurt. It'd be fresh off the truck, so it'd still be refrigerator cold, not expired or anything."

Jane: "There'd be all these individually wrapped rice puddings, you'd be standing on top of them while you're grabbing for the lettuce."

To find out the rest of Joe and Jane's story, jump over to the full article at Thrillist.com!

The 17 Most Wasteful Things You Do in Your Kitchen... And How to Stop