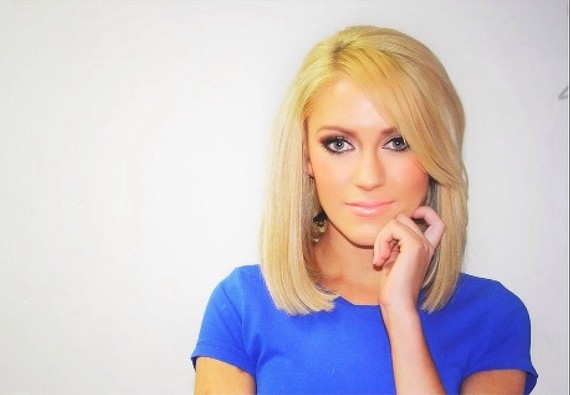 My small Hollywood apartment had never felt so crowded. Men with backwards hats, tennis shoes and oversized cameras strapped to their shoulders made themselves comfortable on my couch. Two women with bags of makeup started unpacking at the dining room table. My dog jumped up on the sound guy, who was untangling a web of cords that would soon be fastened behind my back and hidden under my right bra strap. A dozen more piled in, finding room to sit or stand wherever they could -- the floor, the kitchen counter, underneath a table. They were used to making the unused spaces of other people's homes their own. I asked someone who all of these strangers were. "Oh you know, producers, camera men, assistants, drivers, coordinators, makeup, people from the network," he said.

I had been approached by someone a week earlier about the possibility of starring in a pilot for a reality TV show. As an entertainment writer, I found the idea pretty foreign. Up until this point, I had spent my entire working career reporting on the lives of actors and directors. This was an opportunity to see what "movie magic" (a term producers actually use) was like from the other side. I've always been an avid cinephile, and living in Hollywood for the past two years had elevated my interest film production, so I jumped at the chance to be immersed in a real set. I said yes without knowing much about the details of the show. This was reality TV, and unlike the actors I was used to interviewing, I wasn't playing a character, I was playing myself.

Or so I thought. When the camera crew arrived at my apartment the first day, including about 20 men (producing a TV show appeared to be very much a boys club) and a lot of expensive camera equipment, I was handed my narrative. "OK, so here's the deal. You're on a makeover show. You've sent a tape into two life coaches asking for their help, and today they are going to show up at your apartment." I offered a confused look: "OK?" I replied, immediately wondering if this was all a terrible mistake.

But before I could ask another question or wrap my head around what was about to happen, one of the producers yelled, "It's all hot! It's all hot except for the kitchen." Which prompted all of the people not holding cameras to file into the kitchen, turn off the lights, and stand like silent sardines, waiting for their next instruction.

"OK?" I said again, as if it were a question. The cameras were fixed on me, and I had no clue how to respond.

I soon realized I would have this uneasy feeling throughout the entire shoot. I wasn't told what our next location would be, what activities we would be doing or what schemes the producers would have in store for me next. But after a few hours into our first day, I understood that "me" wasn't a pronoun that existed in the context of this show. I was playing a version of myself -- a character -- and with a nudge here and a shove there, it was clear what character the producers wanted me to play. They were casting the stereotypical L.A. girl: Long blonde hair, thin, perhaps a bit shallow, and with a small, fluffy dog to boot. I looked the part. I had a choice to make: I could either fight it, and portray the intelligent, feminist and sarcastic self I had grown into over the past 23 years, or I could fake it. I chose the latter.

I didn't feel it was a discredit to my true character because the situations that I was put in and the things I was asked to say were so far beyond my own reality that anyone I cared about who saw the show would be in on the joke. I was going to play along, I was going to consider this the start of my "acting" career. The girl they were filming wasn't me -- I would never dress up my dog in a hat and jacket, I would never cry over getting my hair cut, and I certainly would never pick out lingerie in front of a camera crew, but I did all of these things and more for the show.

It was, surprisingly, a lot of fun. We improvised every scene, and if a producer didn't like what we did, he'd ask us to do it over, and over, and over. There was no script, but I knew the emotions I was supposed to evoke with each take. For example, when it was time to chop my waist-long hair into a more modern cut, the network decided the selected 'do (long layers, side-swept bangs, four inches off the bottom) wasn't a drastic enough change. So even though I had already gotten my hair snipped (by a hugely talented celebrity stylist), and everyone agreed that it looked great, they wanted more. So to remedy the situation, my hair was braided at the nape of my neck and covered in false extensions. I was amazed at how real it looked, how similar it appeared to my actual hair. Then the cameras switched back on and my coaches delivered the bad news: "We want to go shorter," they said. "a LOT shorter." So I panicked. Even though my real hair was tucked away in safe hiding, I had a breakdown for the benefit of the cameras circling my spinning chair.

"No," I said, over and over again. The coaches took this as an opportunity to explain how shedding my mane would give way to the new Anna. The better Anna. I listened and protested. I threw a fit. "Jump out of your chair," the hairdresser whispered in my ear, so I did. My coaches had to hold me down so I would stop fidgeting. "I don't think I can do this," I said, accompanied by my best pout. "It's too late now," the girls said, as the stylist held up a long piece of my faux hair he had just snipped.

I looked at my lap, my lips began to quiver, and -- somehow, inexplicably -- my eyes began to water. And ironically, this was the moment where I felt most proud of myself. I was truly acting, and it was kind of awesome. I felt fully in control of the image they were projecting onto me. While I couldn't change how the show would be edited, how shallow they might make me seem, it was my choice. I was letting go of my insecurities and choosing to give them a girl who would have a panic attack if her hair, her security blanket, was stolen. 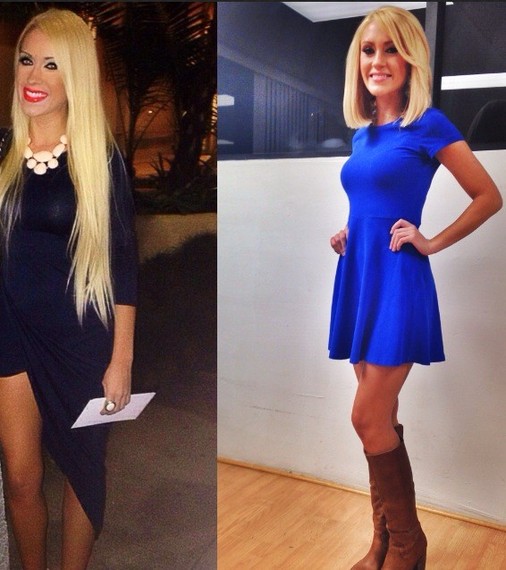 After the "haircut" scene, I was having a blast. I was in it 100 percent, whatever they wanted me to pretend to do, I would. A trip to a salon to get waxed a la Miss Congeniality? No sweat, let me show you my best pained expression. They even had a dark-haired member of the crew get his back waxed, so they could use one of the strips and pretend it was my leg hair. "You do remember I'm blonde...?" I said to a producer. He started laughing, "Even better!"

As much as the producers of the show were invested in delivering a jaw-dropping pilot to the network (it's called show business, after all), they were genuinely concerned about my well-being. "Are you cold? Are you hungry? Can I get you a water? Do you want to sit down? Do you want someone to walk your dog?" were a few of the questions I was constantly accosted with. But beyond that, the producers went out of their way to make me feel like my time and willingness was valuable to them. One evening after a long shoot, the producers took me aside and offered me an apology. They explained how they hate faking these situations, and that if we had more time to shoot, I would have been given a proper makeover, from the inside out. "We feel like you're being cheated," they said. "We just want to make sure you're getting something valuable out of this situation, even if it's just a small something." I was oddly touched. Having an authentic "proper makeover" -- on reality TV no less -- had never been one of my major life goals, but for these guys, it's an art. They were genuinely sad to have deprived me of it.

I was surprised by how unsleazy the producers were. These men and woman (yes, there was only one), and the entire crew, became my fast friends. I knew our friendship was fleeting (surely it wouldn't last beyond the few days we had together), but during our time waiting around for the lighting to be just right, or someone to finish scouting a location ("Hurry up and wait," they would say) we had a lot of time to get to know one another. I buddied up to the producers, some of the crew and even my driver, a young college graduate who was my age. Once when we were driving, she referred to me as "the talent." "Who?" I asked, thinking there might be a celebrity guest I didn't know about. "That's you," she said, "you're the talent."

After the third and final day, when my makeover was near completion, my female coaches had run me through a variety of different exercises -- they taught me how to walk properly (a sort of "America's Next Top Model"-type sashay I wouldn't dare use in public) -- the women had a final task for me: Go on a date. Now that my look was complete and the new Anna had emerged from her cocoon a victorious and stylish butterfly, it was time to show how I could interact with the opposite sex.

We met him at a swanky bar where one of my best friends was also waiting to see the big reveal. It wasn't a real date, of course. The guy was an actor they found off a casting website, so I figured shooting this scene would be the easy part. But my "date" was painfully dull. I did my best to smile, act interested and play along. We got to talking about movies, and when I mentioned the tragedy of Philip Seymour Hoffman's recent death, the dude responded: "Yeah, but I mean that could happen to anyone." And for a moment, I broke character. "Except for those who aren't addicted to heroin and DON'T have 40+ bags of it stashed in their apartment." I could see the producers keeling over out of the corner of my eye.

Shooting this show was nothing like I expected, mostly because I enjoyed it so much. I had fun playing pretend, and I met a group of people who are passionate about their bizarre craft, hugely creative and very hardworking. But most of all, I learned firsthand what we all have known for years: There is nothing real about reality TV.

A Woman on Riding Her Bicycle, and, You Know, Gender

Ellen Page Came Out as Gay, But Where Are Hollywood's Bisexual Role Models?