Most people when they are in their twenties make a stupid choice or two; I went big.

I decided to appear on "The Biggest Loser." 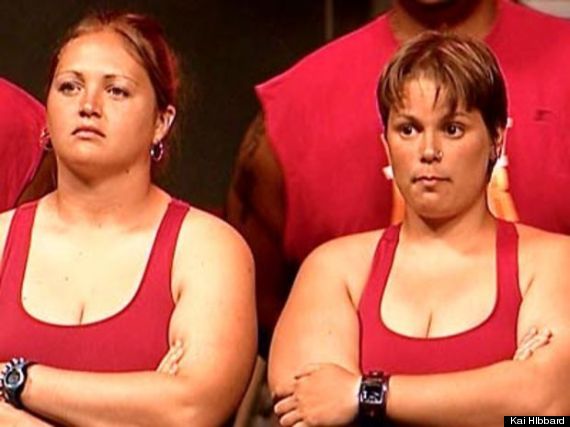 Appear on reality TV and that's it, you are in that special limbo of fake fame forever. Some of my fellow former contestants embrace the pseudo-fame, make a name with it, and move on to shouting from the rooftops about how amazing their experience was while selling you their program/T-shirt/bobblehead/whatever.

I was not one of those contestants. 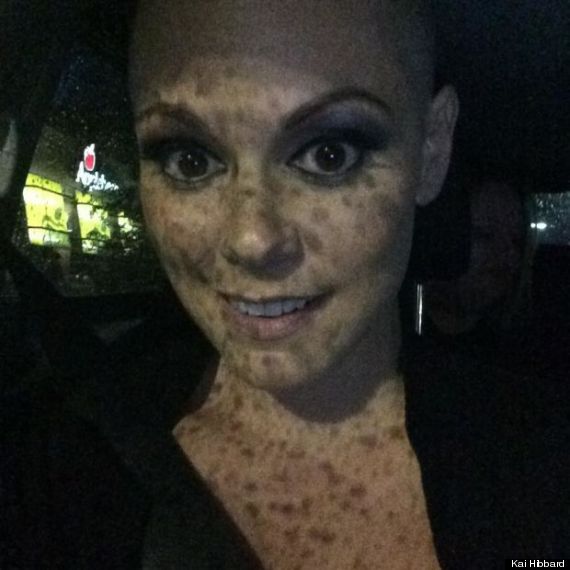 Following the finale of my season, I wanted to figure out what the fuck I had just been through. I knew that I didn't feel good about things while even still filming for the show, like:

Why wasn't I allowed to have a shirt instead of just a sports bra until I lost weight?
Why was it acceptable to put me in a horse stall and call the race like I was livestock? Not a very respectful treatment of other human beings, especially not respectful treatment of human beings under the guise of "helping" them.
I'd agreed to so many things that diminished me as a human being out of fear of being ungrateful.
I was desperately afraid of letting anyone down; this is the same reason I didn't just leave.
My experience felt more than just physically bad, and the more distance I was able to put between myself and a production team that reminded me I was "lucky" to be treated the way I was, the more I understood how harmful the show actually is.

Lucky for me, sometimes when you lack the courage or character to make the right choice, life lets you build that courage and character by facing the repercussions of the choice you did make. I try to do that by sharing my story, and telling my truth.

Unlike some other contestants, I believe when you participate in something that presents crash dieting or over-exercising as both healthy and the way to win without also telling people at every opportunity that they should never emulate what you have done, you are part of a bigger problem.

Let's get this straight right away; the show isn't reality. It's not even augmented reality.

It's built around real people, with real problems, but it doesn't provide real solutions. It simplifies a complicated process, and streamlines it for mass media consumption. I know there are people reading this going, "Everyone knows it is not reality Kai!"

The results of even just this one lie (that a week is actually a week) presented as reality? It leads to viewers at home internally berating themselves for not achieving the same results and sometimes resorting to self-harming behaviors like anorexia, bulimia, or over-exercising in an effort to match what they saw, because, If the contestants can do then why can't I?

When I started to speak out, brave women and girls reached out to me and told me their stories of the negative effects this show had on them, and I began to understand more fully why this show felt so wrong to me. Eventually, there were journal articles written giving empirical evidence that watching the show negatively impacts how people view the obese and themselves.

It adds to the idea in our society that somehow being obese makes you sub-human.

Take away all the salacious behind-the-scenes stuff everyone wants me to talk about, the moral and ethical issues involved in turning someone's health into a game show, and try to ignore how you just don't like my sense of humor, personality, or maybe my face, and look at a couple of things.

Crash dieting and over-exercising are bad for you, and can permanently alter your metabolism (Don't believe me? Here is the doctor from TBL saying that, using the actual contestants' data). This isn't a controversial statement; it's backed by thousands of professionals.

When I point out that TBL encourages crash dieting, over-exercising, and fat-shaming not just in participants, but in viewers, shit hits the fan. Making someone feel bad about their appearance does the exact opposite of motivating them. Don't believe me? Check this out. Science, bitches!

Not allowing someone to wear a full shirt until they've lost enough weight or screaming at them to work out are pretty blatant shaming techniques. Where have we seen these techniques employed? That's right: TBL. Those are just two of the myriad of articles written by people smarter than I am backing my stance.

But, of course, I'm the problem, with all my pesky facts and scientifically backed statements about my experiences.

Some contestants insist I should shut up because I knew what I was signing on for by participating.

Is it really being fully informed though if there is a systemic acceptance of fat-shaming and a philosophy that no matter the cost to your body, dignity, and mind, the end result is you're thin and have money so it's worth it? I personally don't think so.

I think there is an underlying message of worthlessness associated with obesity. This show and its premise prey on that attitude. Equally as troubling is the "the show made me skinny and I gained it all back afterward so it's all my fault" sentiment I see. If we as contestants knew better, if we were so smart about healthy choices then why the fuck were we there in the first place? If what skills you learned on the show were how best to crash diet (not sustainable) then how did you "waste" what TBL gave you by not being able to continue crash dieting after you left the show? You did exactly what you were taught.

I get accused of only focusing on the negative and of ignoring the opportunity I was given by this show. Yes, it did give me an opportunity.

It gave me the "opportunity" to misrepresent health, participate in sending a message that being overweight made it okay to be shamed, and to further discourage a lot of already discouraged people. In addition, to say that I speak in order to garner fame is laughable. I tell my truth, because it's the right thing to do and I should have done it sooner. Fame sucks. Reality TV "fame" sucks the worst.

The consensus on the Internet seems to be: If the show inspires some people then damn the consequences. That mentality completely ignores the other repercussions the show has. I sincerely do not understand former contestants who walk around patting themselves on the back for "inspiring people" but when they are asked to acknowledge the viewers that have turned to self-harming behaviors to emulate what they see presented on that show as healthy, respond with "that was their choice."

Which is it? Your behavior influences viewers or it doesn't? If you accept credit for being an inspiration, then you must also accept responsibility for negatively influencing the lives of the people that are discouraged and harmed by the false weight loss numbers, the deception, and the blatant body shaming of "The Biggest Loser." You can't have it both ways. I choose to own my role in this circus.

I'm about nourishing your body and spirit and that "healthy" doesn't have a size, I'm not about believing that punishing yourself is a badge of honor or that shame is a necessary step toward your health goals. I focus on the positive; I believe personal responsibility is a very positive thing. Contrary to TBL, I work very hard to convey the message that we all deserve to be treated with love and nurturing no matter our size. I came to realize that, for me, if one person is prompted by my participation to resort to self-harming behavior to meet goals, then that price is too high.

People sometimes demand to know why I still talk about TBL if I am embarrassed I participated and accuse me of "playing the victim." This is the silliest accusation to me. The show is still going on, and still doing harmful things. If something is continuing to represent unhealthy activities, why wouldn't I still talk about it? If my saying, "Hey! This is wrong! I was wrong!" makes one person go, "Oh, the problem isn't me, it's this show," then speaking up is the right thing to do -- for me.

People have this idea that somehow my life could only have taken one of two paths: either remain exactly as I was for the rest of my life, or go on TBL and have the experience I did (using that as an ends-justify-the-means reasoning for what I went through). And it is inaccurate. Nobody needs a reality TV show. Shame is not a necessary step in meeting your goals.

I am more than just "Kai from The Biggest Loser." This is not my whole life. I am a mommy, a military wife, and was a member of the Army National Guard. I have a job, bills, and responsibilities.

In spite of reports to the contrary, I did NOT gain 70 pounds after the show. Once my health stabilized, I stayed at my happy weight -- 163 pounds and anywhere from 17 percent - 20 percent body fat (it varied based on who measured it). I stayed this way until I got pregnant with my son. I gained while pregnant and lost it all by the time he was 10 months old.

"The Biggest Loser" claims it is a "public service." I don't believe that a 100 million dollar business that exploits the physical and mental health of its participants, treats people as though they are subhuman, and deceives its viewers is a public service. I just don't. When did compassion for one another and ourselves become such an "uncool" trait to exhibit and less important than money? I don't get it.

It's laughable to me that I am being portrayed as a bully, when it is literally my lone voice (with some anonymous behind-the-scenes support from other contestants) against a multi million-dollar corporation with a public relations team and stable of attorneys. That's crediting me and my social media accounts with a lot of power. Next? I'm going to take over the world. Right after I find a way to get my six year old to stay in bed at bedtime.

In my ideal world, this show would go away entirely and be replaced with something that genuinely honors and respects the health of our fellow human beings, but that probably wouldn't make as much money. You won't buy things to "fix" yourself if you're not fed a message that something is wrong with you. Stop buying it. Stop believing it is okay to treat fellow human beings this way. It is NOT OK.

That is why am I sorry for appearing on the fat-shaming shit show that is "The Biggest Loser."