Cold. The nights aren't the only bitter sensation when you're taken forcefully from all that you know and understand. At the age of six, I was taken violently from my family in what marauding Sudan People's Liberation Army soldiers regarded as essential in growing their ranks with fresh troops. All the boys captured experienced the chill of separation from their loved ones, all felt the cool reserve of our guards -- men who felt little to no compassion for our great confusion.

We were captured to carry the AK-47, train as soldiers; fresh shock troops in the brutal and long running civil war that had already taken so many of my country's men and women. There are presently 250-300,000 kids worldwide who make up this child-soldier description, ironically an estimated 40 percent of them are girls. These are immature warriors, sometimes willing subjects, anxiously escaping poverty. Others like me are forcefully kidnapped or conscripted, with no idea as to what's going on around them. In the world of powerful men, children are less of a liability, easier to dispense with for all things toxic, dangerous or deadly. At six, I was hardly a candidate to undergo the rigors of military training, much less hold a weapon accurately enough to kill someone. To our captors I was truly expendable. They left me locked up in a stinking room to eventually die.

The fact that boys my age were dying due to the conditions we faced seemed an appropriate way to weed the ranks. Our food became a single meal of coarse grains, dirty water and sand. Our freedom was confined to an overcrowded hut, cramped due to the number of boys forced together. The smell is something I haven't forgotten even to this day. Gradually, little ones drift off to sleep and never to awake, either due to eating the sand/grain mixture or a broken heart.

Three boys recognized me from my home village and promised to look after me, angels sent from God to provide cover until there was a way of escape. Feigning interest in the military, they trained outside long enough to scout a way of escape and when the time was right, grabbed me for what would be the first of many divine runs and rescues.

I'm mindful that many boys didn't live to see the daylight of freedom, trapped in our filth, dark thoughts and intense loneliness. 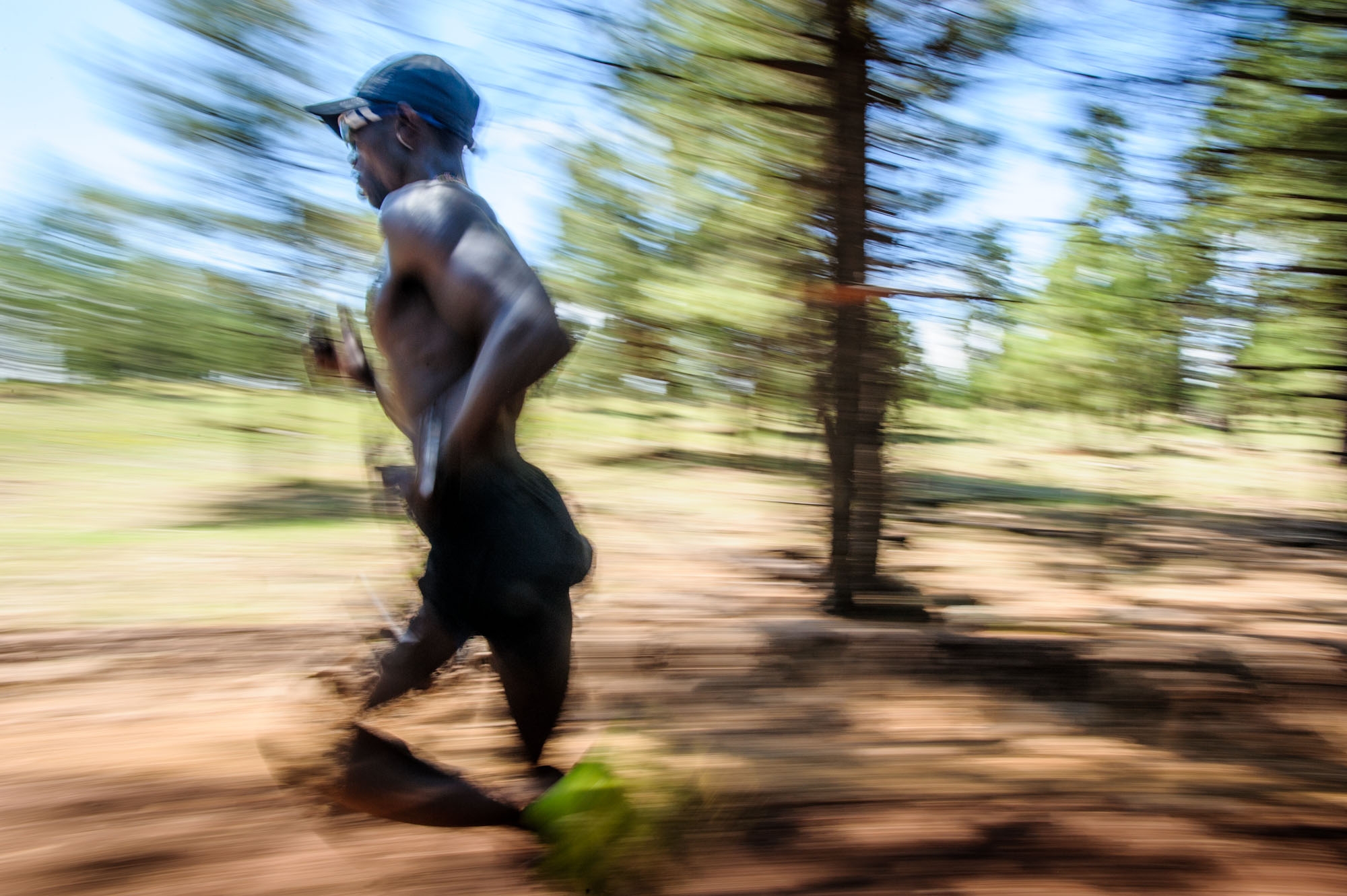 Yes, I think of winning Olympic gold, representing the USA and expressing my appreciation for all that this country has given to me in blessing upon overwhelming blessing. But my thoughts are never far away from those other boys and girls who for no fault of their own will never know the carefree celebration of life that should be the right of every child. It's for this reason that I'm turning up the heat on awareness and positive engagement efforts in South Sudan, creating sustainable hope for the young ones that deserve "life in all of its fullness" (The Bible, John 10:10). I invite you to follow this blog and check out my website as I move toward London. Join me in running a race, buying a t-shirt or giving a gift through the 4 South Sudan Initiative (4southsudan.org), creating real change in a land of endless possibility. 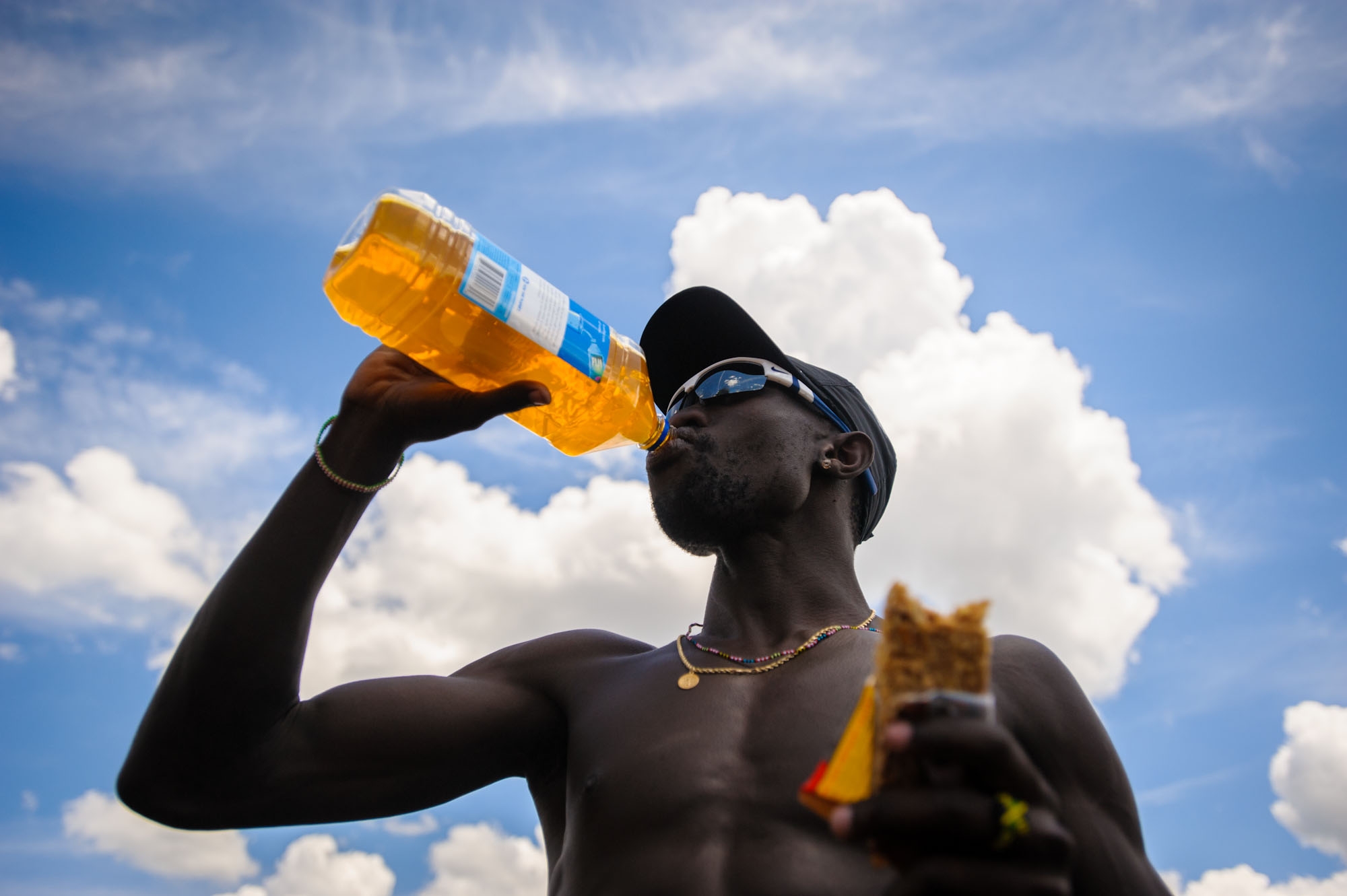 For more on my story -- check out my new book, Running For My Life.

Join me in my quest to bring true hope and joy to the people of South Sudan through the powerful interventions of clean water, improved nutrition, education and healthcare. Go to 4southsudan.org for information. Together we can make a great difference.