...not that I do often as it is. It's just that we've all been in those parenting situations where we might look at another parent and question their actions and choices. It could be something as little as what shoes they had their child wear on a rainy day, to custody choices amongst separated parents. Of course, we're taught not to judge a situation unless we've been through it ourselves; however, where parenting is concerned, once that baby is out it's pretty hard to look at other parents the same again. 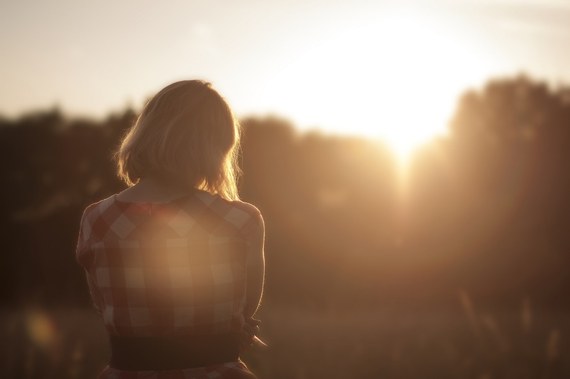 I don't usually care about what other parents think about me or my children, however, my standards are pretty high to begin with. I've come acrossed blog posts about all the things moms said they wouldn't do with their kids before having children versus all the things they did after. Those always make me laugh because they're so true. No expectant mom aspires to be the hot-mess mom who wears her pajamas to morning drop off or lets her kids have left over pizza for breakfast. These are the things that happen after riding on the motherhood train for a few years... once all the f*cks given have left and you realize that a good day is one where the kids are fed, clean and happy.

So last week, I finally hit a point where I gave zero craps. I became the mom I never wanted to be, and the mom that I'm almost 100 percent certain the other moms were judging after I left. It wasn't the first time in the last 9 years that I've been judged by another mom, but it was a time I knew going into the situation I was going to be looked at. It all started when Jake fell asleep in the middle of the day wearing his old, too small pajamas. It seems that whenever we are just hanging out at home, he has to be wearing this set of clothes. It makes him happy and I think he looks adorable, so I let him.

I was getting ready to walk to pick the older two up from school and just transfered a sleeping Jake into his stroller, which was a success because he stayed asleep for the whole walk over to the school. On the way back from school, the kids asked if we could meet some friends at the park. Thinking nothing of it, we changed course and headed for the park. Once we got there, Jake woke up and wanted to go play. He was still wearing his old, ratty, too small pjs. I remembered I had an extra shirt in the diaper bag, though, that quickly got drenched in water, leaving Jake shirtless. So now Jake was that toddler at the neighborhood playground wearing only bright red Thomas the Train pajama bottoms. This might not seem like that huge of a deal to some, but I've never been a fan of letting my children wear their pjs outside of the house, especially to the park. He was barefoot, topless and within no time, covered in dirt.

My girlfriend, who was at the park with her kids, pointed out to me how weird it was to see one of my children dressed like this in a public place. I laughed and knew I had to have pictures to document the event. The next day, she mentioned something she had done with her toddler and asked not to be judged, and I simply looked at her and reminded her of the park experience the afternoon before. I realized in that moment that I could no longer judge parents for their parenting decisions. That behind every half naked, filthy toddler in their pjs at the park, is a story. There were probably parents judging me for how my child was dressed and that's okay. As long as he was safe, happy and healthy, it was a good day.

More:
ParentsParenting parents-momsawareness
Newsletter Sign Up
Raise the kind of person you'd like to know
Subscribe to our parenting newsletter.
Successfully Subscribed!
Realness delivered to your inbox