The agency director called me in for a one-on-one meeting, which was uncommon, but I knew what it was about. It was February, castings for Paris's Fall/Winter fashion week had already begun and for me, they hadn't been going well. It was because of my body.

I sat down in the padded leather armchair across the desk from the director, a man in his late thirties, maybe early forties. (Years spent working in the modeling industry has skewed my ability to determine people's ages.) Oversized black and white images of semi-dressed girls lined the walls, blown-up photos from fashion shoots. Outside, it was raining. A sleeping Weimaraner lay curled up in the corner, snoring, oblivious to my fate. I wrung my hands.

In a thick French accent, the director told me: "Do not eat anything for the next two days. Drink only water. Go to Milan and for the next two weeks, really watch what you eat. Don't eat a lot and drink a lot of water." This was not sound advice. When I returned from Italy, he said, it would be decided whether I was thin enough to walk in the Paris shows.

I was 19 years old, five feet eleven and a half feet tall and, though I cannot disclose what I weighed (due to necessary guidelines for covering eating disorders), for a woman of my height, suffice to say it was certainly not enough. At this point, I had been modeling full-time for a year and a half after placing in the top 15 of an international agency's annual contest and winning a $50,000 two-year contract. 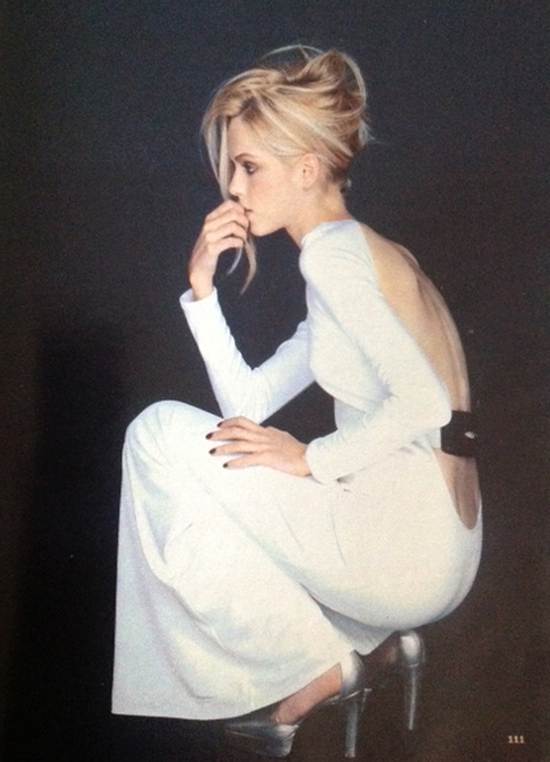 Me at the height of my modeling career

The problem? Four months earlier, I had weighed far less, and the director expected me to maintain that lower weight.

The previous summer when I had first arrived in Paris, girls who I lived with at the agency model apartment had been coming home announcing that they had had "the talk," and I vowed to not let that happen to me, too. I started by being selective with what I ate, and it progressed from there. I worked more, the other girls envied me and I believed I was closer to becoming a supermodel and acquiring the accompanying perks. When my old clothes didn't fit the way they used to, one of my bookers took me shopping, suggesting the new clothes I should buy to play this inevitable role.

I never stopped eating altogether, but I ate very little. I was unhealthy, yet hawking the image of health.

Since I lived on the other side of the world, away from family and friends, essentially alone, nobody witnessed my transformation aside from the girls I shared the apartment with and my agency. I worked every day. I left Paris before the sun came up to fly to Barcelona or Rome or Zurich or Frankfurt or Milan, returning home after dark, or staying over for a night or two then flying to the next job in another studio location. Once, but only once, I was force-fed by a photographer who wouldn't let me return to the set until I finished a bowl of pasta. That was an excruciating hour.

This lifestyle was not sustainable. I learned this when the mood swings -- a frightening side effect of being malnourished and sleep-deprived -- became too much to handle.

The January I was 19, I booked a shoot in Cancun, which included a week-long stay at a Club Med. At the 24-hour buffet, I ate more in five days than I had in the previous five months. Once I allowed myself to start eating, and with the endless options presented to me (Tacos! Ice cream! Pizza!), I couldn't stop. The dam had broken. I started to put weight back on, and even before the director called me in, I was dealing with the daily -- yet warped -- sensation of fatness. I showed up at castings feeling swollen and dejected. And this showed on my face, which, when you're trying to make a living off of looking happy, is bad for business.

Instead of flying to Milan the day after the meeting, I flew to New York City, thinking that there, where the fashion market was slightly more forgiving of a slightly fuller figure, that I would be able to get my weight and eating under control. For the entire flight across the Atlantic, I felt like a cow and cried. I was a failure.

In New York, my agent scheduled an appointment for me to meet with a nutritionist. At least this was a somewhat proactive step. But a nutritionist was not what I needed. I needed serious psychological help. Months of practically starving myself and thinking that this was not only a good idea, but also necessary, had actually resulted in me believing that I was fat and that I needed to continue losing weight -- even when there was no fat left for me to lose. Starvation will twist your thoughts like that. A fact I learned when I eventually returned home to my parents' house in the suburbs of Canada and started one-on-one counseling with a psychologist, treatment that also included a weekly group therapy session. What came next were months and months of costly rehabilitation to re-train my mind with the hopes that my body would follow.

When I learned about France's recent law about hiring underweight models, I couldn't believe it. Paris has always been the strictest modeling market where weight is concerned. Meaning: Paris has always been the market that has demanded its girls be the thinnest. Any model will tell you this. The new law threatens to throw anyone hiring extremely underweight girls (with a Body Mass Index of less than 18) into jail for six months, or fine them up to 75,000 Euros. This applies to agents and clients alike.

My old agency director? He could have been imprisoned for what he said to me. That was almost 20 years ago, but I will never forget his words and their after effects.

Now I am 37 years old. After going through my rehabilitative counseling, I went on to college for four years to study Psychology, hoping to someday help teenage girls with the issues that I had both dealt with and witnessed during my years as a teenaged model -- poor body image, non-existent self-esteem and eating disorders -- issues that impact non-models, too. At 24, after graduation, I was scouted to model again, and I returned to the job, albeit reluctantly, thinking that it would be a decent way to make good money for a short while. Really, I needed to prove to myself that I could do it, that I could succeed in this job that is seemingly as simple as standing there to get your picture taken, which it isn't. My face and image have been featured on magazine covers and high-fashion runways, in national and international fashion and beauty campaigns, television commercials and a Times Square billboard. I like to say that my grad school program was paid for by Oil of Olay and Virginia Slims. I went on to model until this past April when, having finally decided that my life needed a major overhaul, I moved from Brooklyn, where I had lived for the previous 10 years, to rural Idaho.

Removed from the modeling world, I'm amazed at how little I consider my appearance anymore -- how little I think of my weight and my body and my skin and my hair. How I looked was a daily concern for most of my life, if only because it meant a paycheck -- sometimes a big one. These days, my body has stabilized to its natural weight, which, somewhat absurdly, happens to still be under the "legal" limit. If I were trying to model in France, under the new law, I would be told to eat more.

In Idaho, I write for a local magazine, and I'm finally putting my Psychology degree to use, working as a community-based counselor. My clients are all women, aged 10 to 55, all dealing with issues ranging from abuse and suicide attempts to custody and chronic pain to severe depression and anxiety to absolute poverty. And it puts everything into perspective.

Still, when I read the news of France's new law, I can't help but wonder where were these crusaders when I needed them. Not just me, but hundreds (maybe thousands) of young girls who didn't know better, all promised the same thing: If you're skinny enough, you will work. 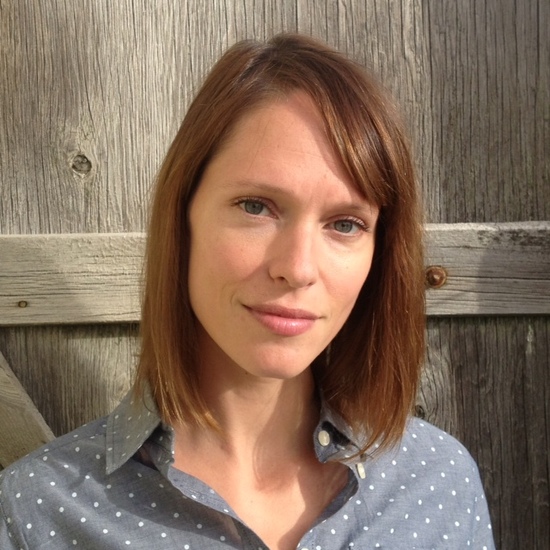