Every year I look forward to November. It's a festive month in our household -- birthdays of loved ones and of course the tasty tradition of a big Thanksgiving meal. If you live in northern California, November also marks the beginning of another delicious seasonal ritual -- a hallmark that heralds the beginning of the holidays and contributes an annual $60 million dollars to our state economy -- the opening of the Dungeness crab fishery.

Getting to go out (two weeks before the commercial boats) for the recreational "season opener" is an annual event for my fishing friends and I -- one that is not to be missed!

Departing at dawn from a poetically still Bolinas Lagoon where harbor seals lounge and seabirds bathe, we'd typically navigate a sturdy, but small, Boston Whaler through a treacherous obstacle of cascading waves, (dotted with surfers as additional hazards), at the mouth of the estuary, where it collides with the sea, hoping to find an ever-moving channel to a safe passage in the deeper water beyond the break. This adrenaline-rushed entry would augment our excitement for a day of happy harvest on the ocean. Usually a crew of three, we'd drop our crab pots and troll a little, and then shortly return to shore with a delectable Dungeness bounty -- selected by our own hands and as fresh as it gets. 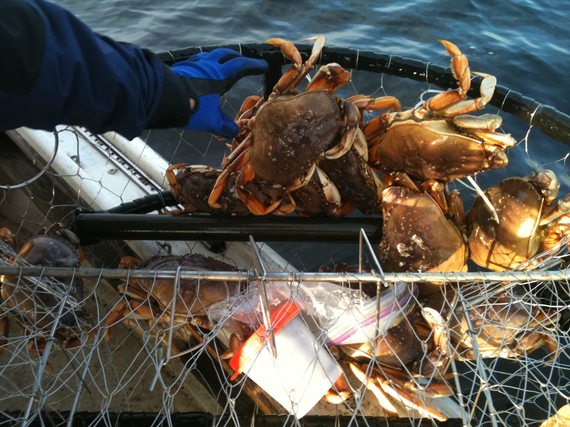 The recreational season for Dungeness crab, and our much anticipated crustacean catch, was scheduled to start today -- but sadly, this traditional event in our community has been shuttered. The culprit? Domoic acid.

On Thursday, 11/5, in an emergency meeting of the California Fish and Game Commission, the commissioners voted unanimously to protect the public health as they cancelled the season opener because of inordinately high levels of domoic acid. Present in a form of algae called Pseudo-nitzschia, (which itself is normally rare but has recently flourished due to the increasingly warming waters off our Pacific shorelines) domoic acid is a dangerous neurotoxin. According to the Department of Fish and Wildlife, there is a massive bloom of the noxious algae along the California coast. After testing crab from a variety of fishing ports from Morro Bay to Crescent City, officials have determined that the pernicious neurotoxin has spread throughout the fishery grounds. So what exactly does this mean for you and me?

When ingested at low levels, domoic acid can cause nausea, vomiting and dizziness; at higher levels, it can cause short-term memory loss and seizures; in some cases it can even prove to be fatal. According to the current, local testing results the amounts found in rock crab registered as high at 190 parts per million (ppm) and in dungeness around 100 ppm. These data findings are off the charts when you consider that the federal standard of acceptable trace amounts measures in at 30 ppm for crab. At a number 330% greater than the acceptable level, catching and eating crab right now is just not worth the risk.

The good news for people is that our state agencies of public health, resource management and environmental protection acted swiftly and in collaboration. The bad news is that the crab fishing season will remain closed until it has been determined that there is no longer a risk.

On Friday, 11/6, the Fish and Game Commission followed up with an emergency rule-making for the commercial fishery as well.

(The emergency rule prohibits commercial take and possession of Dungeness crab and all rock crab from ocean waters, including bays and estuaries, north of the Ventura/Santa Barbara county line. Closure of the fisheries shall remain in effect until the Director of the Office of Environmental Health Hazard Assessment (OEHHA), in consultation with the Director of the California Department of Public Health (CDPH), determines that domoic acid levels no longer pose a significant risk to public health and recommends the fisheries be open, and the Director of the California Department of Fish & Wildlife (CDFW) provides notification to the commercial fisheries.)

"Crab is an important part of California's culture and economy, and I did not make this decision lightly," said CDFW Director Charlton H. Bonham. "But doing everything we can to limit the risk to public health has to take precedence."

The Dungeness crab fishery is vital to many fishermen and small businesses on California's Central and North coasts. Generating revenues up to $60 million dollars each year, the large majority of that windfall generally comes in November and December, as celebrating the holidays and the season with cracked crab is a treasured tradition for many families. 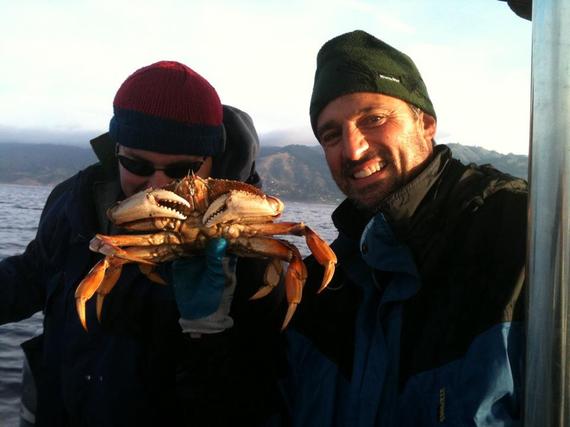 "These are incredibly important fisheries to our coastal economies, and fresh crab is highly anticipated and widely enjoyed this time of year. Of course, delaying or closing the season is disappointing," fish and wildlife's marine regional manager, Craig Shuman, said in a statement. "But public health and safety is our top priority."

Better safe than sorry, as the saying goes, but if we want to return to the rituals we love, and enjoy the food that both fills our stomachs and feeds our souls, collectively we are going to have to acknowledge and understand that in a changing climate, with warming seas, there is much more at stake than unseasonal temperatures or a day of fun on the ocean. As residents in the neighborhood of this magnificent marine ecosystem we inhabit, we need to make the connections between how all of our choices: energy, transport, development -- are without a doubt contributing factors to the decrease in viability of the environment in which we live in. And if we want to continue to have scrumptious Dungeness crab for holiday dinners, free of toxins, and buttery & sweet, then we must work with nature so she can show us the best of her wares to make a memorable November, (instead of flashing her defense mechanisms.)

I, for one would prefer to be much, much crabbier this time of year. 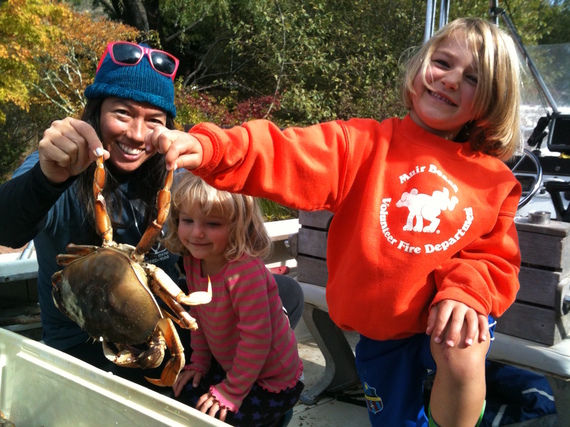