It was my first year of high school, and after 4 months, I had finally decided it wasn't so bad. Where were all those insults and bullies I had seen in movies? 'People tell it worst than it is, I thought'. Oh boy, was I wrong...

Bad things have great timing, and on the day of my birthday, I got my first insult. I was entering a classroom to give something to a teacher, excited because the boy I had a crush on was in there. I stopped at the door, fixed my hair, aligned my always terrible posture, and I entered the room, like it was the runway on America's Next Top Model. But after a few steps, I overheard something. "OMG, a fat cow just entered, she's disgusting".

You know those memories when you wish you had stood up for yourself? This is one of them. I wish I had turned around and said something, done something. But I just couldn't. I ran to the bathroom, called my mom, and bursted into tears. I remember the pain: it's that kind of pain that doesn't have a solution. Like an open wound that stays forever open and can't be fixed with anything, not even love, cheesecake, or Advil. It's knowing they were right: I was fat and disgusting.

Needless to say, the birthday and several days and weeks after that day were ruined. All I could do was stay at home watching the House episode where Wilson's wife dies (not a spoiler if the series is from 2007, right?). I also learned that the boy I had a crush on was the one to insult me. Oh, love is such a wonderful thing...

And this all was just the beginning: over the course of my 6 years at high school I've been:
Basically think about whatever average bully high school movie cliché you can and apply it to me, because if has surely happened.

Funny thing is, I had forgotten about these stories. They were hidden somewhere in me, like the teenage trauma they were. Until last week, when deleting some things off Facebook, I found more hate messages than I expected. If I had a penny for every message, I'd be richer than Trump (and perhaps I could pay to get him moved to Mars so he stops being such a pain in the ass).

I did have a recollection of being insulted on social media, but I was truly shocked by the quantity and quality. You have everything, from a very Catfish thing where they create false accounts, say the nicest things, and then proceed to insult you, to your regular "kill yourself bitch" messages.
And that's when it became clear to me: These things have turned me into the person I am today. The person that wakes up each morning and can't look in the mirror because she thinks is fat even though she has lost 50 pounds; the one who enters a room and thinks everyone hates her even though they don't know her; the one who hears a laugh and believes someone's laughing at her; the one who thinks no one will ever want to be her friend, let alone her date.

I have let others determine my self worth, so now even a trash can's is higher than mine. And this, even after all these years, is still interrupting my day to day activities.

But here's the thing: I have two choices: either I can spend the rest of my life mourning over what's happened while listening to Radiohead and eating cheesecake, or do what's best, which is to get over it. It's time to let the past go, because it has past. I need to stop carrying my past with me like it's a big great backpack, it's time to throw it away and change it for an stylish purse to match my new self.

I have changed: I'm older, I have lost weight, I have accomplished things. High school is so far in time right now. I've travelled, I've loved, I've found my own hobbies and even made some of my dreams true.

And the silver lining? The person who got all that hate was strong enough to overcome that situation. Of course it wasn't easy, of course the memories will last forever, of course it hurts, but you cannot let yourself be reduced by the names they call you or the things they do to you. You're so much more than that, and your present situation does not define your future. Of course it hurts, but believe me, it will pass.

And someday, you'll run into one of the people who did this to you at a nightclub, very intoxicated and in need of assistance. When you end up helping them out, you'll know you are able to forgive. 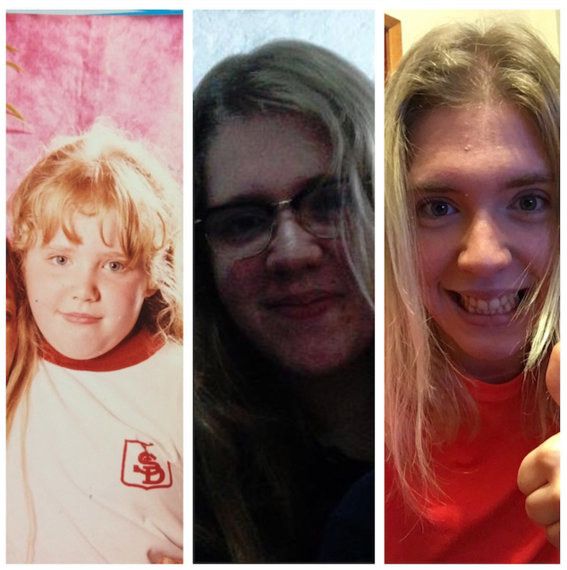