Ian McShane is swinging by "American Horror Story: Asylum" as a not-so-jolly Santa Claus for a very Briarcliff Christmas. HuffPost TV has the exclusive first look at the Golden Globe winner's apperance.

In the episode, titled "Unholy Night" (Wed., Dec. 5 at 10 p.m. EST on FX), McShane will play a bloodthirsty St. Nick who wreaks havoc at the asylum.

Check out HuffPostTV's exclusive photo of McShane as psycho Santa below: 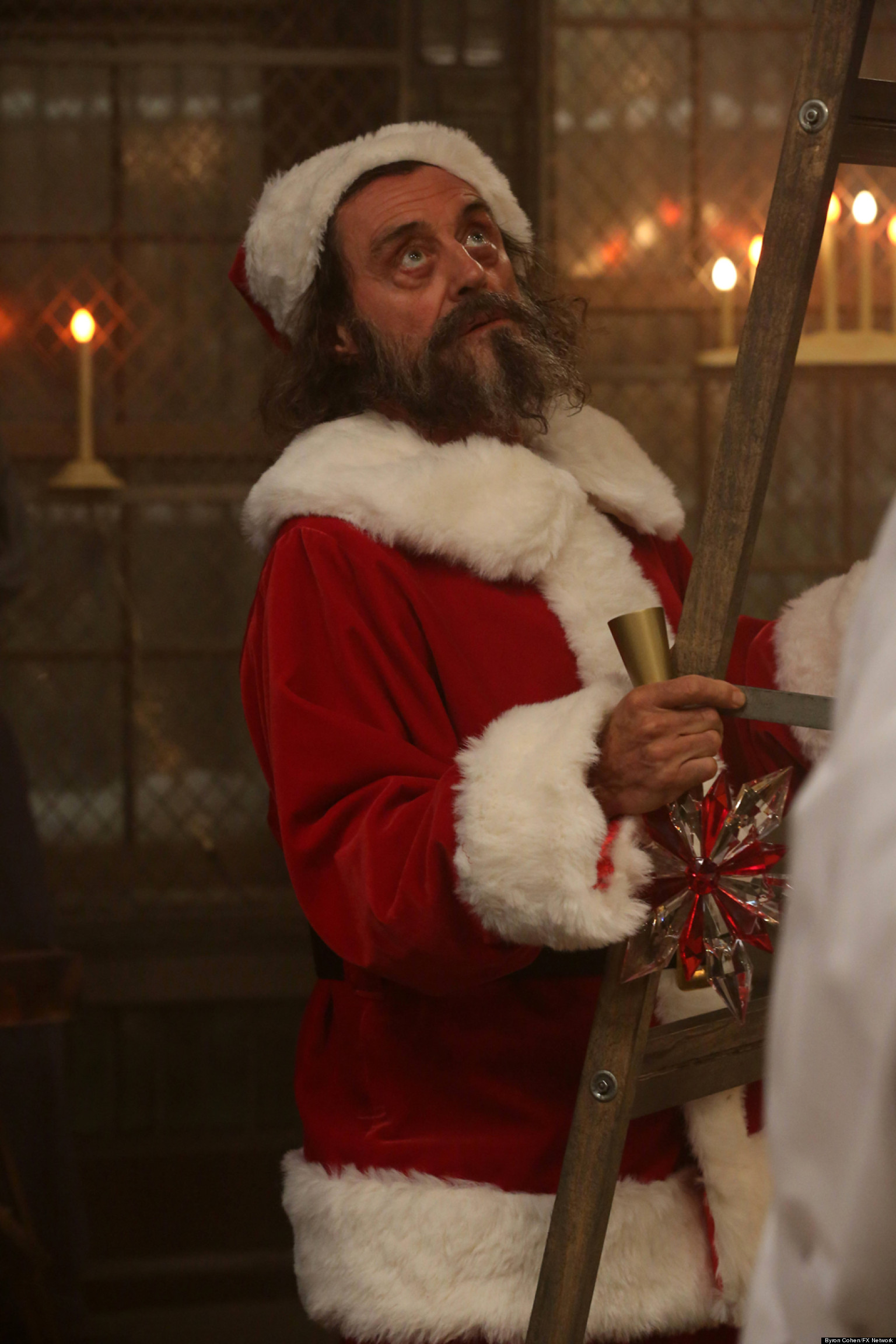 Murphy described the character as "a crazy person who was victimized so badly in prison that he made a psychotic break and decides he’s Santa Claus and he knows who’s been naughty and who’s been nice."