Ian Somerhalder, actor and eco powerhouse, uses celebrity for change. 'The Vampire Diaries' star uses social media and his foundation to bring on the next revolution to save our species. The following is an excerpt from ORIGIN Magazine.

Maranda Pleasant: What is it that makes you feel the most alive?

Ian Somerhalder: It’s one of those things that hits you when you’re not even looking for it. It’s a moment when you find those words surging through your mind -- “I feel so alive right now.” There’s varying degrees of it. Acting definitely makes me feel so remarkably alive. Sitting on a beach or walking through nature makes me come alive always.

What I’ve started to realize is that social media is not just technology -- it’s become its own entity, full of energy waves. These energy waves could be a Tweet about something you are furious about, like the Keystone Pipeline, or a piece of legislation. Instantly, energy surrounds and adds traction, influence, making it come alive. Within hours, this piece of information you’ve just doled out has become a monsoon, a hurricane of tangible energy that is literally circulating the world. It’s helped me sense the undeniable truth of quantum consciousness, the whole butterfly effect. I witness it daily. Being witness to it not only makes me come alive, it enables me to maintain hope.

Thirty years ago, if you wanted to start a campaign against or for something, you had to print flyers, you had to make a million phone calls. Remember presidential campaigns and stuff? It was a very laborious thing. Now we can literally talk to each other in a nanosecond. I’m starting to realize there’s no stopping us now. An idea, a feeling, a movement can’t just be squashed. It’s impossible now.

MP: Yes, I know what you mean. You infuse everything with energy.

IS: Up until the second you asked that question, I hadn’t thought about that in months. I haven’t actually articulated it to another human being, other than in my own head. Even to hear it come out of my mouth is really awakening. 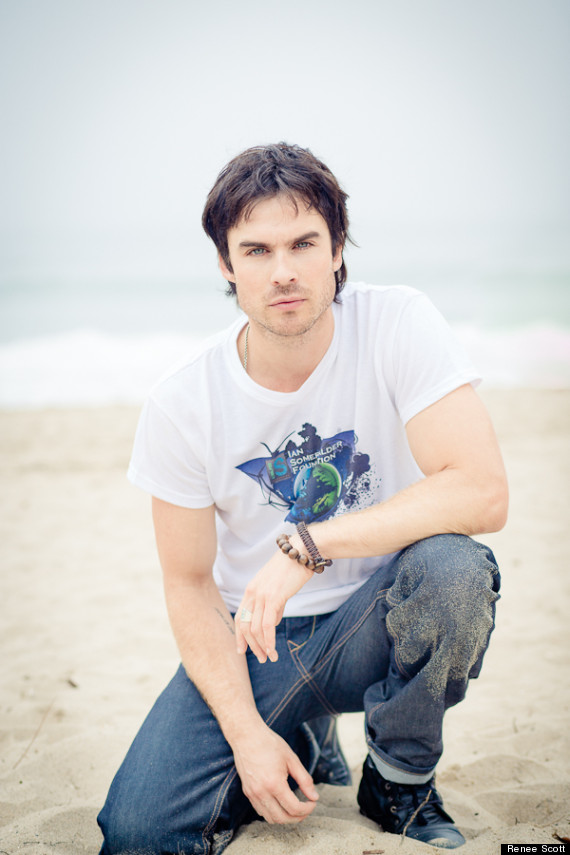 IS: Another phenomenal question. The word love carries the same vibration in any language. You probably know this guy, you probably had dinner with him yesterday. The Japanese water crystal guy?

MP: Yes, Masaru Emoto! I met him in Houston.

IS: He’s incredible. When you look at his work, you can’t help but expand your concept of love. And when you really think about it, it’s not a notion, it’s not a feeling, it’s truly an expansion of what you project and receive on a daily basis.

Whether that expansion is towards the beings around you or flora, fauna and creatures. Love has so many unique yet consistent forms. People like Branson -- he’s an idea guru. Guys like Allan Savory -- he’s like Father Earth. Allan has literally discovered how to stop desertification and make Africa come alive with plant life. In each of its forms, love has an infinite scope of potential expansion, all of which I see leading to growth.

It’s interesting, the big major game changers -- Branson has it. Allan has it but it hasn’t played itself through. But it will, we will see to it. Because we the people are the change makers. Policy-makers are not the change makers. Because policy-makers can’t make policy unless we allow them. Not anymore. Not with social media. Take a peek at the traction from the Tweet I posted about Origin. 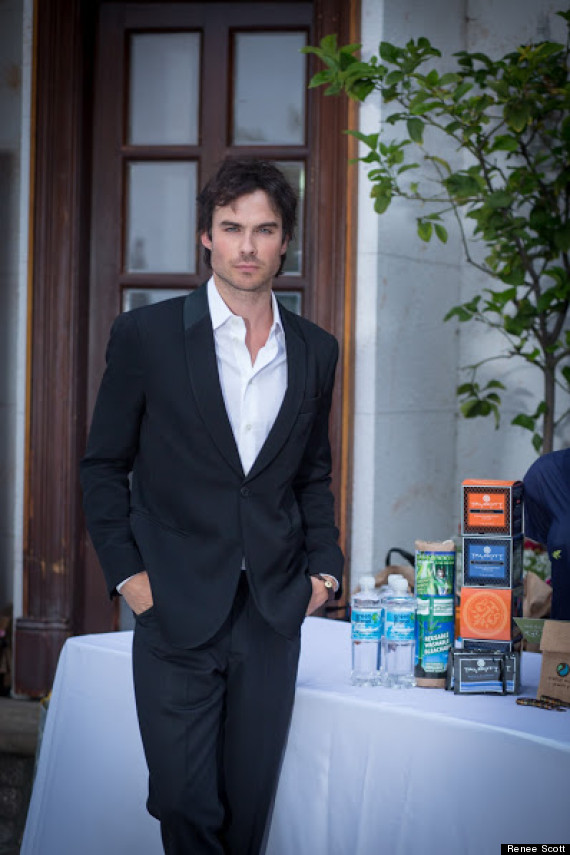 MP: What is commitment to you?

MP: What is it that makes you vulnerable?

IS: A great question, and it actually leads into the reason why we’re having this conversation right now. I feel vulnerable when I have no choice. It segues into every facet of life, whether it’s love, work, family, or conservation. Here it is: The whole reason that I started the Ian Somerhalder Foundation was the feeling of complete vulnerability during the BP oil spill.

The whole bottom of the Gulf of Mexico is destroyed. All the fauna. I knew what was happening below the surface, I know what was happening above the surface. I’m from that coastline, that’s where I grew up. It’s so dear to me. The nutrients I grew up with, feeding myself, my parents feeding me, literally came from those waters. There’s an interconnectedness, a connectivity, a connection, that is beyond. Like mother to child. I was watching that happen, and the policy-makers weren’t doing jack shit. BP was running the show, which was unbelievable to me -- that this was happening in front of all of our eyes. I felt the most awful feeling of vulnerability and helplessness. I remember where I was standing at the time when I said, “I never want to feel this powerless again.” I had just done a bunch of interviews and I didn’t trust what the media was saying. And I love the media, I live with the media. But I realized that something wasn’t right and I wanted to make it right.

So it’s serendipitous you ask that, because ISF was born out of the feeling of utter vulnerability, and the desire, the need, the absolute deepest need, to overcome vulnerability with the awareness of your true power.

IS: Two women have made this possible. My mother and my other mom, Brenda. Brenda was my manager in Louisiana for years. They both put their hearts and souls into my career. I am so happy that 24 years ago, my mom supported my desires to move into this realm. My mom spent every dollar she ever had on getting me modeling/acting classes when I was a kid. I’m really grateful for that foresight. She’s brilliant, kind and so loving as a mother. I was told a million times in a day that she loved me. All the women in my life have really made my life what it is, and I feel so fortunate, so whole because of them.

I see massive potential for entertainment to create wide sweeping change. Take ryot.org for example. As one of the founders of RYOT, we really wanted a new way to stay actively connected to the world at large. Every day we turn to news outlets to get our news. Up until now, news has been all about “What’s going on in the world?” RYOT lets you know “What’s going on in the world and how YOU can be a part of it.” Its so phenomenal because it allows you to become part of the story and overcome helplessness and reject vulnerability.

Look at the power of TED Talks, or spaces like “Sages and Scientists.” Deepak Chopra was on the cover of Origin, so you probably know that “Sages and Scientists” is his foundation’s annual conference of the minds. I actually spoke there two years ago. All of these think tanks are essential to progress. 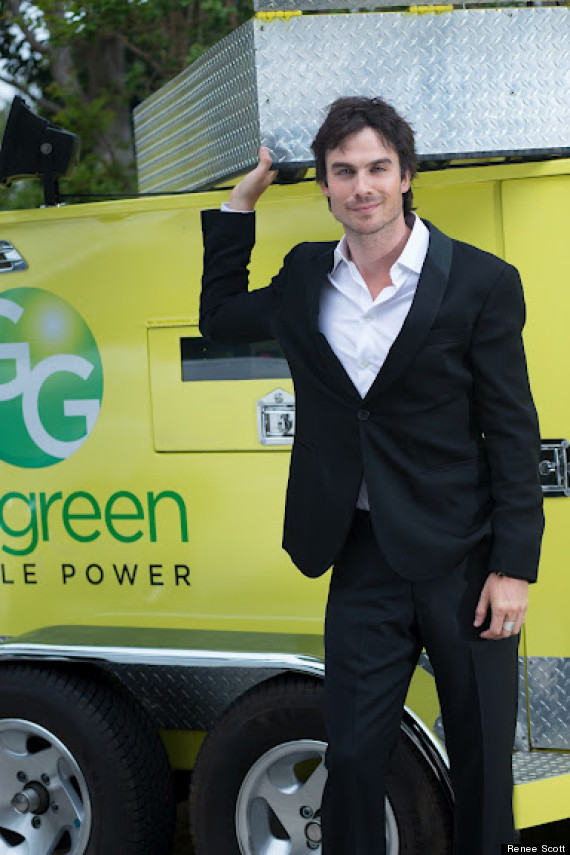 MP: Your passion so matches mine. Awareness isn’t enough -- how can we activate this change? Can you speak on fracking?

IS: Fracking is our biggest enemy right now in the U.S. Actually, not just in the U.S., because all our water systems are interconnected. Whether you’re reading this in New York State or in Japan, fracking is screwing you over.

What is it that we need to do to explain to the public exactly is what is happening? We are destroying our precious water resources at this alarming rate, and again, why? When we have so many viable alternatives? “Oh, alternative power is too expensive, what about the jobs?” -- this is dinosaur thinking. Oil is dead, on its way to extinction. As a group of citizens we must speak up and act towards ending fracking. Let your government know you will not tolerate a technology that not only poisons your family but our creature family at large; let them know you want sustainable power and all the jobs that will come with that new growth.

To me, it’s not rocket science. There is resistance in old habits, old paradigms. I learned from my past, and I now employ those lessons going forward, looking to the future -- don’t you think it’s about time our government did, too? 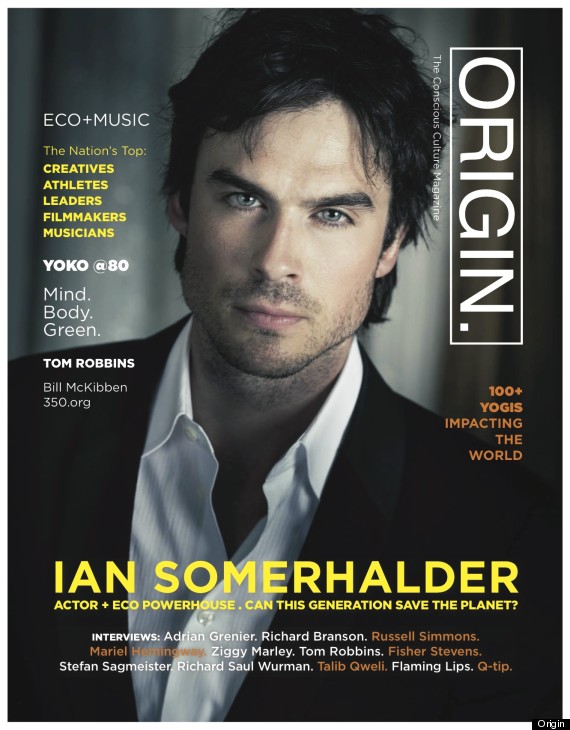