Robots are invading every part of human life -- even the bedroom.

But not in the way you think, at least not at the Ibis Hotels chain, which is installing robotic artists in various rooms at its London, Paris and Berlin hotels.

As part of the "Sleep Art Project," 40 guests will sleep on beds equipped with 80 sensors that transmit data on movement, sound and temperature to a robot with a paintbrush. Engadget.com reported.

The robotic Rembrandts will turn the information into one-of-a-kind acrylic paintings. If the prospect of a cyborg Cezanne watching you all night sounds invasive, fear not: the the abstract paintings are created in a remote studio in Paris, the website Hotel Chatter reported.

The nocturnal depictions will be made starting Oct. 8 in Paris, followed by Berlin on Oct. 26 and London on Nov. 14, SherwoodParkNews.com reported.

The company has kept mum about how the paintings might be affected by movements created by sex, not sleep, nor if couples will be able to participate.

Some tech writers such as Liat Clark, of Wired, are skeptical about the quality of the work, at least compared to the painting seen in the promotional video.

"It's pretty unlikely the paintings will look much like the delicately formed one in the video either -- between paintbrush drips (we're not sure if the algorithm accounts for these) and average sleep patterns (many people fit into either the thrashing about sporadically or motionless and slumped-out categories, rather than the ethereal dancelike sleep of the woman in the video), the piece could potentially be a bit of an abstract mess," Clark wrote. "Alternatively, guests might also be scared rigid, hearing the MH-2 bot scuttering around the room at every bump in the night, which would make for a pretty boring piece." 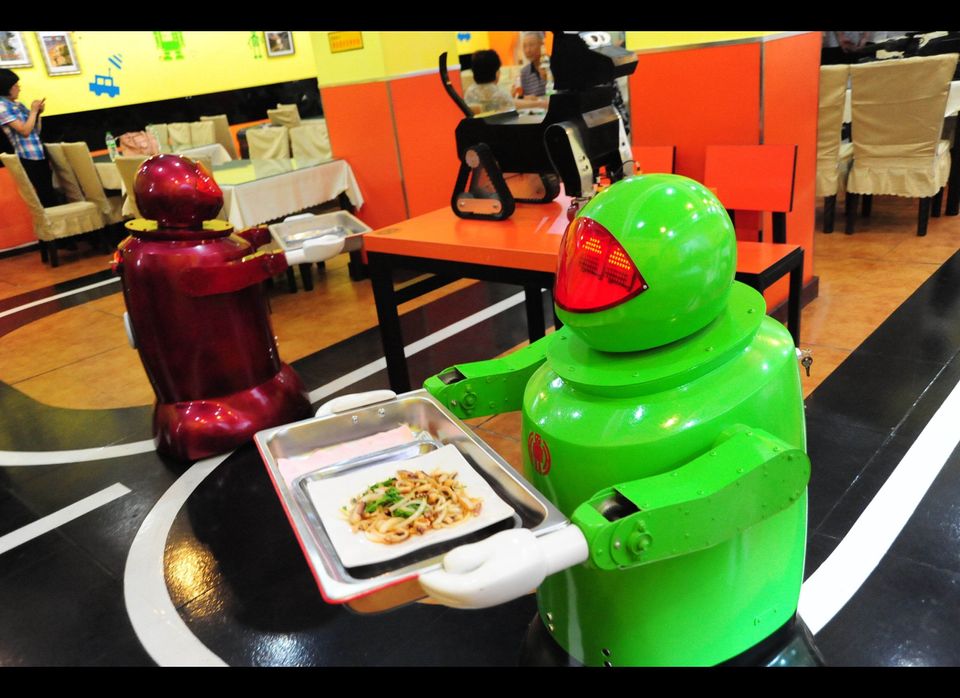 1 / 7
Robot Restaurant
Rex
At the restaurant in China, robots prepare, cook and serve the food (with the help of a team of staff hidden away in a back room).