For the first time in a couple years, the United States is home to the most powerful supercomputer in the world, according to the the biannual TOP500 list , released by the International Supercomputing Conference.

A supercomputer located in China held the number-one spot in November of 2010, while a system in Japan won first place in both November and June of 2011. The last time a U.S.-based system placed first on the TOP500 was June of 2010.

The winning IBM Sequoia is housed at the Department of Energy's Lawrence Livermore National Laboratory in California, where it is used by the National Nuclear Security Administration (NNSA). One of the computer's main functions is to "provide a more complete understanding of weapons performance," according to a Lawrence Livermore press release.

This means the winning supercomputer is able to simulate nuclear explosions, as well as bring some understanding to researchers about what happens with the United States's nuclear stockpile as it ages, according to Wired.

Wired also reports that the computer weights as much as about 30 elephants and can complete 16.3 quadrillion calculations per second. To put that into perspective, what it takes the Sequoia to calculate in an hour would take "6.7 billion people 320 years to complete" if they were working continuously on calculators, according to MSN.

Sequoia's computing power is 1.55 times faster that Japan's "K Computer," made by Fujitsu, which has been the number-one system for the last two editions of the TOP500 list. IBM's supercomputer is also more efficient, using less power than the "K."

The U.S. has 252 computers ranked on the TOP500 list . Within the top 10 positions, the country took first with the Sequoia, third with the Mira, and sixth with the Jaguar. In addition, systems built by American corporation IBM took five out of the top ten positons.

The next list is scheduled to be released in November of 2012.

Take a look at the current top 5 supercomputers in the world: 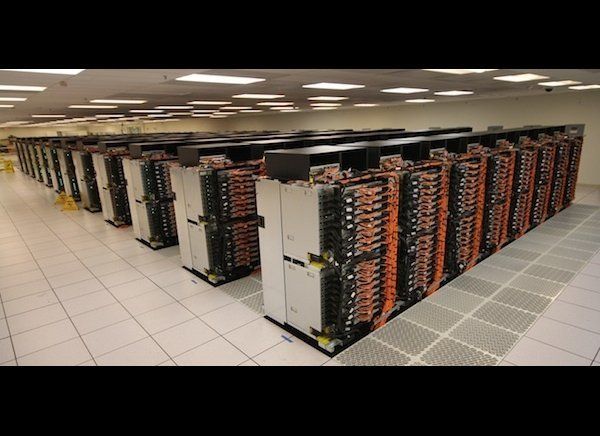