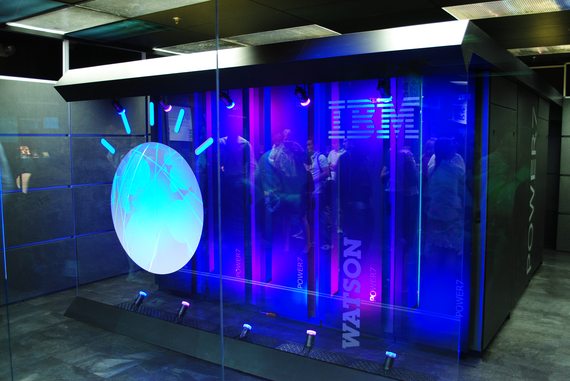 A few months ago, I met with the folks at the IBM Watson project.

They wanted to pick my brains about how video was made.

Watson, as you know, is the use of computer Artificial Intelligence (AI) and its many (many!) applications.

Watson was famous for winning at Jeopardy, but that is but a TV show.

As the capacity of Watson grows, AI is going to start replacing a lot of the jobs that people used to do. This is an old story in some ways. Technology has always obviated jobs - seen any elevator operators lately? Dialed 411 recently? And a visit to any factory will show you more machines than people.

That was fine when it was blue collar jobs on the shop floor that were going, but in the words of Martin Niemoller, 'when they came for the elevator operators, I did not speak up...'

Even when I heard that they were soon coming for the lawyer and the accountants (soon to be replaced by AI as well), I could only smile. Lawyers!

But now, it seems, they are coming for the film editors.

My friend at Watson sent me this link:

As you can see, the trailer was cut by the computer. The computer is being taught what people respond to in film. As the guy from IBM says, 'we sent Watson to film school".

The picture, Morgan, is apparently also about AI.

It's good that Watson knows how to make films, because pretty soon, we're all going to have lots of time on our hands to watch them.. and we're going to need a bunch.