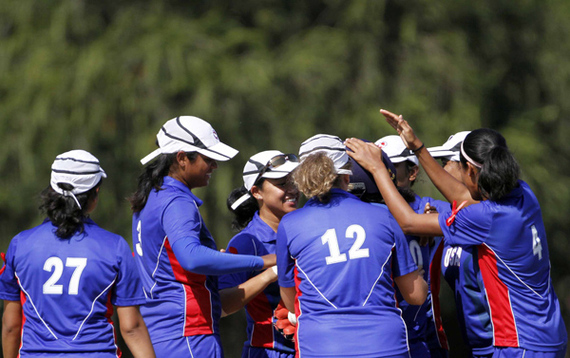 Women's Cricket: A bird without wings

Many people in the U.S. associate cricket with England and India, but very few know that there are U.S. national men, women, and youth teams. Fewer people know that Pepsi is a major sponsor of the International Cricket Council (ICC) -- yet the women of the U.S. and the entire Americas are victims of gender inequity at the hands of ICC.

ICC canceled its Americas Women's Championship but continues to host the men's equivalent competition at all three divisions. It has been dubbed a "business decision" by ICC to eliminate the tournament though it violates ICC's own principles and its goal to build a bigger, better, global game and improve the standard of cricket in regions, such as ours.

In the 21st century, an international sports governing body is demonstrating that women sports are still subjected to male hegemony. The women cricketers are not asking for new opportunities; but rather for a basic benefit of continuous access to sports competition -- a benefit which the men and youths continue to enjoy.

The ICC
The ICC is to cricket, just as FIFA is to soccer. Per ICC, there are 106 member countries and the Pepsi ICC Development Program (Development Program) is tasked with building a bigger, better global game by assisting the 96 Associate and Affiliate Members (AMs) grow and improve their standard of cricket. The Development Program is responsible for implementing ICC's global event qualifying structures which give all AMs an opportunity to compete in men's, women's, and under 19 World Cup events. The Development Program is delivered through five regional offices namely Africa, Americas, Asia, East Asia- Pacific and Europe.

ICC's Myopic View on Women's Cricket
To the neglect of the 98 other ICC member countries, Clare Connor, Chair of the ICC Women's Committee, outlined ICC's focus on the top eight countries in women's cricket in a recent article.

The immediate focus for international women's cricket is the ICC International Women's Championship, which the ICC board approved in January [2014]. For the first time ever, the top eight ranked women's teams in the world will play each other in a bilateral competition, with results determining qualification for the 2017 ICC Women's World Cup. This is a real game-changer for the women's game.

This "real game-changer" will improve the standard of the women's game among the top eight and widen the gap between them and the 98 other countries. The top eight will likely play at least 300 percent more games than the remaining countries, increasing the disparity in playing levels and giving little to zero chances for the minnows to break into the top eight.

Untapped Potential in the US
Do you know that there are less than 200 women who play cricket in the U.S.? Do you know that players of softball, tennis, and hockey are great prospects to turn into cricket-converts? Erica Rendler, a softball player from San Jose, California, was one such convert and a top USA performer at the 2011 World Cup Qualifier in Bangladesh.

It means that among all sports in the U.S., cricket is probably the easiest for a female athlete to make it onto a USA national team. Just like other sports, cricket takes you around the world to exotic countries you otherwise might not visit.

No Women's Cricket in the Americas
It is alleged that the ICC Development Committee approved ICC Americas' Regional Development Manager, Ben Kavenagh's proposal to eliminate the championship and not give an Americas representative a shot at the next three ICC Women's World Cups from 2016 to 2018 -- four years of prolonged gender inequity. Historically, the Americas Region has been sending a representative to World Cup Qualifier events since 2006 under the previous administration of Martin Vieira.

Why it Matters
Priorities of the Pepsi ICC Development Program include attracting more females to cricket, and improving the standard of the women's game at the highest international level. The ICC's decision negates the principles of the Pepsi-sponsored program; the principles of sports development; and compounds gender inequity recommended by Mr. Kavenagh.

Without the tournament there is no incentive for U.S. organizations to invest in women's cricket; an entire region is denied an opportunity to play in a World Cup Qualifier event; and the future generation of players has nothing to aspire to achieve and while other development regions improve as they conduct their qualifiers, the U.S. and the rest of the Americas are left behind.

A reversal of the decision permits an opportunity to set the standard level of respect for women's cricket. Stripping women of World Cup dreams by denying access to the prerequisite events is simply unjust. If ICC's principles to make cricket a bigger, better, global game is authentic then reversal is an easy fix.

The Fight to End Gender Inequity
To combat gender inequity, the International Olympic Committee (IOC) hosts the World Conference on Women and Sport with leading international sports governing bodies, and government entities to report on progress, discuss the issues, and declare recommendations. No organization is too big to be reformed and the IOC is an exemplar of such -- identifying inequity issues within its organization and among its constituents, and taking corrective actions. There is a paradox in which ICC's goal is to advance women's cricket but their action reported here is to negate advancement.

This nation has taken great strides to eradicate gender inequity. Federal laws such as Title IX and the Ted Stevens Olympic and Amateur Sports Act are not applicable to ICC but they set the expectations for organizational practices. U.S. corporations pride themselves on being good corporate citizens and as such, it is important that the entities and brands they associate with are socially responsible. It would serve the ICC well to demonstrate a track record of success in these areas to support any market penetration plans.

Women cricketers of the Americas Region have started the Women's Cricket Now Petition. Share this petition with friends and family, and let ICC know you support gender equity.