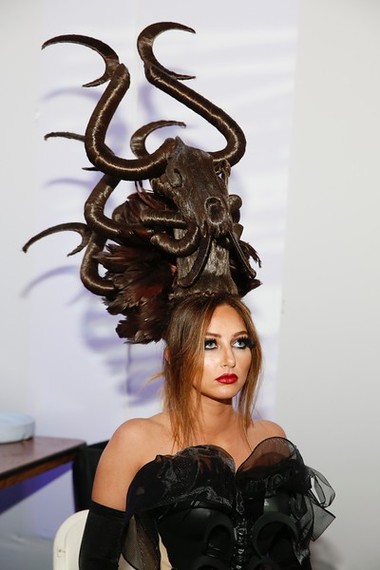 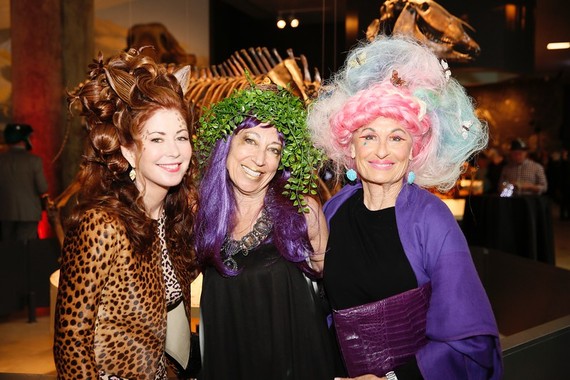 Last weekend's biennial Ice Age Hair Ball has to be one of the top 10 events held in L.A. It's a fundraiser for the La Brea Tar Pits and Museum to raise money for their educational programming, public programs and general operations - but it's so much more. There's a pre-event VIP dinner featuring a hunter-gatherer repast, but that's only a warmup for the "Mane Event" where guests in Ice-Age themed hair and costumes compete for best hair.

If you've ever had a bad hair day or wondered what it be like to have mammoth-inspired locks, this is the place for you. And since there was a competition for the best hairstyle, the guests really got into it. (see pictures above). In addition to the guests, stylist Kim Vo and costume designer Julien Barcellz presented a runway show of Ice-Age themed fashions.

Six hundred guests were in attendance, including scientists, cultural leaders, celebrities and fashionistas, and they got to observe costumed paleontologists and volunteers in engaging in excavation and fossil-sorting not only in the museum but at two of the ongoing fossil digs around the Tar Pits. A highlight was the torch-lit tours of the digs where paleontologists expounded on the treasure trove of fossils to festive and occasionally tipsy guests.

Whether you might fancy yourself a mammoth, a sabertooth tiger, a sloth or a dire wolf, the Tar Pits biennial Ice Age Hair Ball was the place to see and be seen.