Like so many people this past summer, I did the ice bucket challenge for ALS. I imagine many of you read that and thought: "Oh yeah... that." I was challenged by a cousin, and I in turn challenged four people. Honestly, I was tempted to skip it and just send a check; I'm not big on the social medial challenges. It's not that I don't believe in the causes, it's just that I know I can send a check without jumping in ice water, or posting a provocative status update. However I love my cousin, and her adorable daughter nominated me, and so I did it. (Watch here)

Last summer I was seriously news-deprived and behind on a lot of things, having spent a lot of time traveling, having my two adult kids home for the summer, and hosting house guests. I was seriously out of touch with current events! Given the enormous popularity of the ice bucket challenge, it's as if I crawled out from under a metaphoric rock and had ice water dumped on me -- for an excellent cause. And that therein lies the point of this post: There is a cause that all that ice was dumped for. There is a face to ALS, and there are a lot of broken hearts behind those faces.

And that's where I found myself really struggling. I'm no expert on ALS, and my guess is that most of the people who took this challenge had or have no idea about why they were really doing it -- aside from creating clever videos for Facebook and their friends. It was amazing just how many people jumped on that iceberg. It amounted to millions of dollars of support for ALS -- but that barely made a dent in the huge cuts that ALS researchers have faced. There: that's the point. While ALS has certainly gotten so much more focus than it would have otherwise, now that all the buckets have been emptied, those on the front line are still suffering, with too little funding and often with little company.

While I'm not an expert on ALS, I am personally intimate with Huntington's Disease (HD), a genetic disease that shares some pretty horrible similarities with ALS medically, but is most like it for its huge lack of funding; its devastating impact on families who have it (there is no cure, and it is always fatal), and the sense of isolation so many of us, who have it in our families, feel. As well meaning as so many people are, not many really want to hear about Huntington's -- or suffering in general, and what it's really like to live with this kind of disease. Most people want a happy ending, a hopeful future, a silver lining -- and with HD, there is none. It's an ongoing nightmare, plain and simple. Huntington's is genetically passed in families, and is considered the most devastating genetic disease by many scientists in the field -- though most of you have probably never heard of it. If a parent has HD, each of their children has a 50/50 chance of contracting it. Those are staggering odds. Huntington's is a neurological disease and can effect the brain/memory/processing; it can effect movement and mobility (muscle) or, it can effect both. In my family, it has been the latter. It is always fatal, and life expectancy with active symptoms is 10 to 20 years -- less time in younger patients. Sadly, it often impacts younger people.

The Huntington's Disease Society of America's (HDSA) website states: "HD slowly diminishes the affected individual's ability to walk, talk and reason. Eventually, the person with HD becomes totally dependent upon others for his or her care. Huntington's Disease profoundly affects the lives of entire families -- emotionally, socially and economically... Early symptoms of Huntington's Disease may affect cognitive ability or mobility and include depression, mood swings, forgetfulness, clumsiness, involuntary twitching and lack of coordination. As the disease progresses, concentration and short-term memory diminish and involuntary movements of the head, trunk and limbs increase. Walking, speaking and swallowing abilities deteriorate. Eventually the person is unable to care for him or herself. Death follows from complications such as choking, infection or heart failure." It's worth noting that suicide and substance abuse are also often products of Huntington's.

My family had never heard of this disease either, until my grandmother was diagnosed with it. Since then our family has been shaken to its core. My grandmother died -- a shadow of her former self, after 12 years with the illness. My aunt, only five years older than me, died at 49 years of age, after only 10 months with the illness. Her onset and progression was terrifyingly fast, and yet we saw that as a blessing; she did not suffer for as long. My mother was next. She lived with the disease for 13 years -- many of them plagued by frequent falls (countless broken bones and injuries), memory loss, fractured relationships with her siblings and extended family, a total change in virtually every aspect of her life. She died three years ago on New Year's Eve. My younger sister was diagnosed almost eight years ago, and is symptomatic. She's 46-years-old. I do not have the disease, so my children will never get it either. 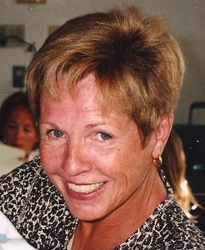 Of course I'm grateful that I don't have Huntington's, but to bear witness -- to be left behind -- sometimes feels just as cursed. I feel guilty even saying that. On so many levels it's obvious that bearing witness is not as bad as having HD, or ASL, or any one of the devastating diseases that are equally life altering for everyone involved. However, to watch so many of the people you love most suffer and die... is unbearable. To know that my nieces and nephews, who mean the world to me, will potentially deal with this same reality -- as they face the 50/50 roll of the genetic dice -- it's devastating. I feel guilty that I don't have it; I feel helpless that I can't do anything to change outcomes, and yet everything I feel pales in comparison to what my family members with HD have been through. Some days, I don't feel entitled to any of my feelings of loss and grief, because I'm the lucky one, right? However, it's definitely taken a toll.

As I watched videos about the ice bucket challenge -- the videos about the real people, facing this real nightmare, I could hardly get through them, but it's the least I can do. I hear their stories, and I understand their experiences on a visceral level. I recognize their pain; I've seen it up close on the faces of my loved ones. Different diseases, but the nightmare is the same for my family -- and all those ice buckets, while inspiring and wonderful, hardly made a dent in the hole that budget cuts have made, for medical research. Cancer, Parkinson's, Alzheimer's ... they are the biggies, all generously funded. That's little consolation to the many families living with those illnesses, of course, but with HD and ALS there is an added layer of horror in the knowing that pharmaceutical companies don't feel that my mother's life, my sister's life, my aunt's, my grandmother's life and the people in those videos lives, were worth funding. The big dollars go elsewhere -- not to Huntington's or ASL, or countless other illnesses that are less visible.

A strong impetus behind the ice bucket challenge was a young man named Peter Frates, a former baseball player. How many of you knew that? In support of Frates , Boston athletes started doing the challenge; Frates took it to social media and it caught fire- drawing celebrities, executives, regular people and countless famous people, including Oprah, Bill Gates, and one of my favorites: Matt Damon, who righteously called attention to clean water, as well. Let's face it: who didn't do the ice bucket challenge? Huntington's Disease had a pie challenge that didn't get anywhere near the publicity that the ice bucket challenge did. HD just doesn't have the visibility other illnesses have.

The ALS challenge was a true miracle for those suffering from the disease, for those doing the research, and for the attention it brought to real diseases, that impact real families. The cuts that ironically came after the money was raised, was a bitter pill to swallow however. The point that was often lost in all that ice water was that this was a fundraiser. So much water thrown, and a lot of checks not sent. Those of us living with ALS, Huntington's and other terminal genetic illnesses needed that injection of hope, the financial kick in the butt -- because now that all that icy fun has died down, those who have the disease and those of us bearing witness, are alone in the trenches again, wishing that a cure was indeed in sight and that ice was still popular.

To learn more: visit the Huntington's Disease Society of America, and watch the video links above.

If you enjoyed this piece, please hit Like, at the top, and share. Read more of Dawn Quyle Landau's work on her blog Tales From the Motherland, visit the TFTM Facebook page, or follow her on Twitter, where she's forced to be brief.