NORTH WOODSTOCK, N.H. (AP) — A New Hampshire woman says the operators of a seasonal attraction of ice structures failed to control runoff and flooded her basement with over 15,000 gallons of water — and she worries it will happen again this spring.

Kelly Trinkle alleges in a lawsuit against Ice Castles that last April, snow and ice melt from the attraction pooled in her backyard in North Woodstock and flooded her basement with 16 inches of water, New Hampshire Public Radio reported Tuesday.

Trinkle is seeking $100,000 in damages but says her largest concern is not the lawsuit or the flooding, but what will happen this spring.

A lawyer for Ice Castles denied that the structures flooded Trinkle’s basement, writing to NHPR that they were “largely still in ice form” when the flooding happened.

“Due to the topography of the land, the water that flooded the Trinkles’ basement came from a large watershed,” the lawyer wrote.

Trinkle claims to have a video showing her walking the path of the water from her yard to the eastern edge of the Ice Castles property. She said she plans to submit it as evidence.

The North Woodstock Board of Selectmen is siding with Ice Castles, NHPR reported. An attorney for the town wrote a letter to Trinkle requesting she stop directing questions on the situation to the board.

The three board members did not respond to request to comment from NHPR. 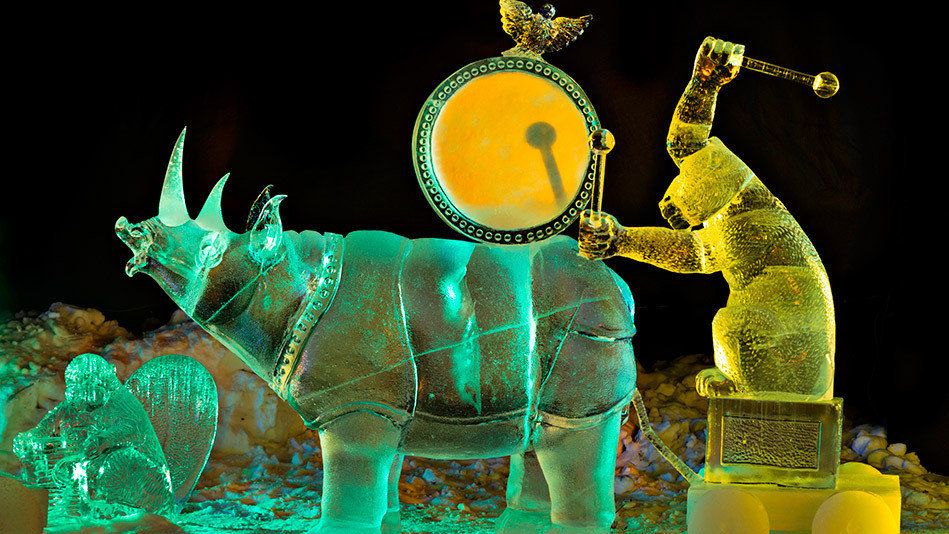 1 / 4
One of the scenes Brice and her team sculpted for the 2005 World Ice Art Championship: a baboon playing a drum on a rhino.
Patrick J. Endres/AlaskaPhotographics.com