A massive “ice tsunami” created a surreal scene on the shores of Lake Erie in both Ontario, Canada, and near Buffalo, New York, over the weekend.

High winds pushed ice through the Niagara River and into the lake, and eventually forced it ashore, creating what’s more formally known as an “ice shove” in Fort Erie, Canada and Hamburg, N.Y.

Similar scenes were reported elsewhere along Lake Erie, including at Hoover Beach in Hamburg, just outside of Buffalo. WGRZ, the local NBC station, said the ice shove hit 30 feet high in parts of Hoover Beach:

The Town of Hamburg Emergency Services says there is a voluntary evacuation of Hoover Beach due to ice shifting. Residents in Hoover Beach can expect the Woodlawn Fire Department to come door to door accounting for residents. pic.twitter.com/d58HJFGcEQ

“This is the first time in my entire life I’ve seen it come this high and this close to the house,” longtime resident Jack Schultz told the Buffalo News. “It came up in sheets. It just layered it up to the wall. Then, when the (ice) boom broke, it took all the pressure out of here.”

National Geographic said ice shoves ― also called ice pushes and ivu ― are created by high winds and “are most likely to occur in the early spring, when ice just starts to weaken and break up.”

CORRECTION: A HuffPost video in a previous version of this story misidentified Lake Erie as Lake Ontario. 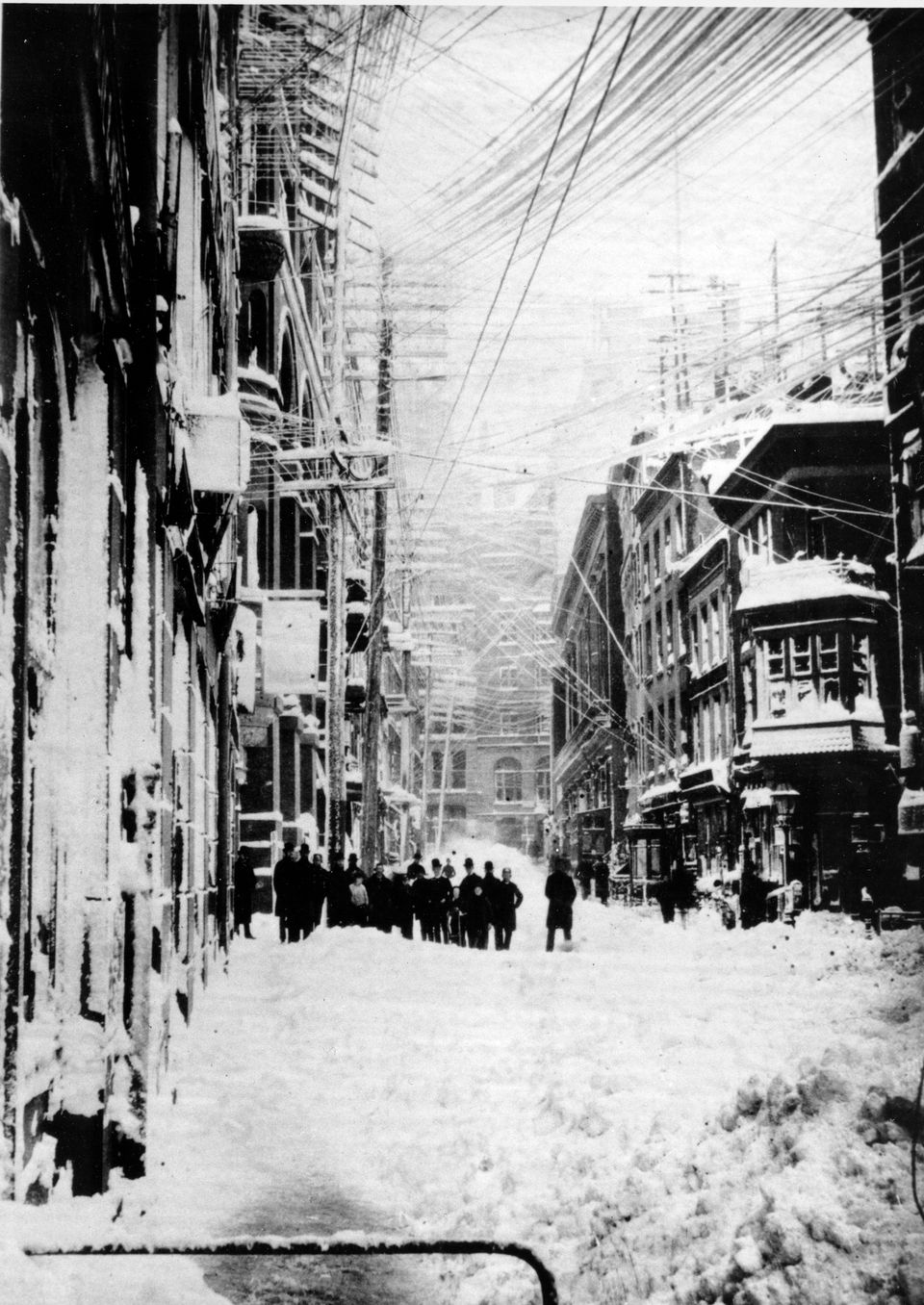 1 / 11
A New York street is shown during the blizzard of 1888. The blizzard that occured March 12-14 paralyzed the city with 40" of snow and winds that reached up to 60 miles per hour, creating drifts as high as 50 feet. Telegraph and telephone poles and wires were downed and lay in the streets.
AP