Steamy weather calls for a refreshing drink -- and if you're in need of caffeine and in the mood to treat yourself, it's possible you'll order up a decadent coffee drink.

Even though coffee is a health food on its own accord, once you add the sweeteners, flavorings and heavy dairy, things can get a little dicey. In fact, one 2009 review of available coffee drinks in the U.S. found that the worst offenders tallied a whopping 561 calories. 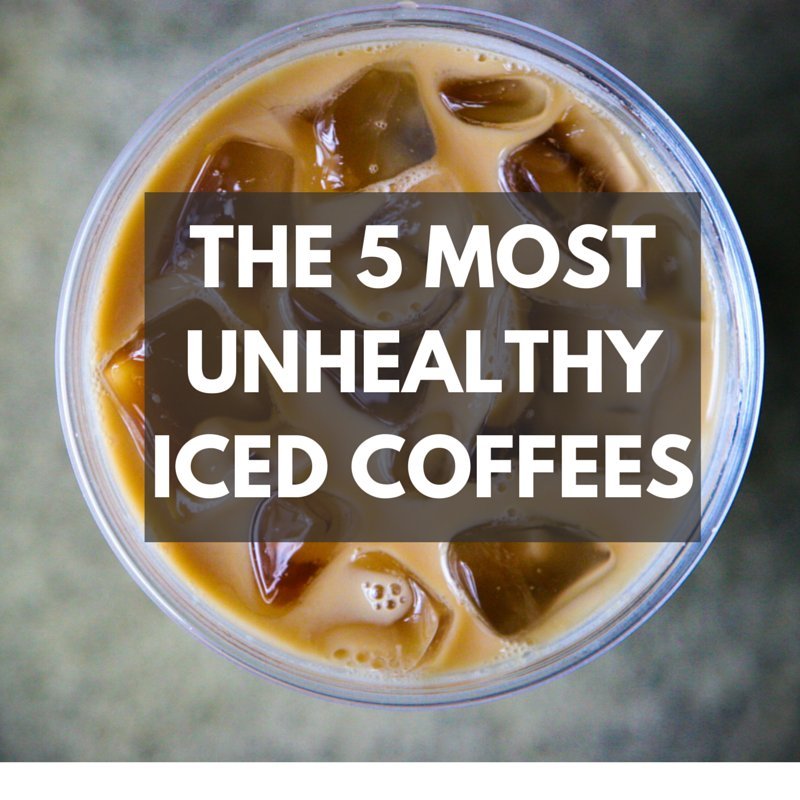 In the interim, fast food restaurants have made some concessions to improve the overall calorie, fat and sugar contents of their coffee drinks. Has it been enough? We decided to take our own look at what's available. Read on for a few of the biggest offenders we found and tell us in the comments: Do you go for coffee drinks? What's the best alternative you can think of?

Burger King Mocha Latte
A large Mocha Latte from the No. 3 fast food chain in the country has 270 calories and 36 grams of sugar, which is more than the American Heart Association's recommended daily allowance of sugar for an adult woman. A better option? Since all the iced coffee drinks are pre-sweetened, try BK's hot Smooth Roasted Coffee.

Dunkin' Donuts Coffee Coolata
At 540 calories and 102 grams of sugar, a large cup of this frozen coffee concoction accounts for more than a quarter of the typical American's daily caloric intake. What's more, the 102 grams of sugar add up to more than 2.5 times the recommended daily intake for an adult man, according to the AHA. The most shocking thing? This isn't even the most caloric coffee drink on the menu -- if a Coffee Coolata is made with cream instead of whole milk, the calorie count surges to 860 -- nearly half the average daily calorie allotment. If you've got the craving, why not try Dunkin' Donuts' Iced Latte? At 120 calories and 10 grams of sugar, it's a relative diet bargain.

Starbucks Coffee Frappuccino
After Starbucks changed their default preparation from whole to 2 percent milk, it seemed like the company was taking their super-sized coffee drinks in the right direction. But even using 2 percent, a venti size of the classic Coffee Frappucino has 330 calories and 69 grams of sugar. Instead, try a plain Iced Coffee With Milk -- a venti with 2 percent has just 60 calories and 5 grams of sugar. You'll still get the caffeine kick and refreshment of a cold drink -- and all the health benefits coffee provides.

McDonald’s McCafe Iced Mocha
At 480 calories and 62 grams of sugar, the Iced Mocha isn't as bad as some of the chain's other large frosty, sweet drinks, like the 670-calorie Mocha Frappé or the McCafé Chocolate Shake, which carries 120 grams of sugar -- but that's the best thing to be said of it. Better to stick with the McCafé Iced Coffee without liquid sweetener: It's just 100 calories for a large, even with light cream.

Seattle’s Best Chocolate Coffee Crunch Javakula
Seattle's Best doesn't usually end up on "worst of" fast food lists, but their large Javakula fits the bill with a whopping 660 calories. The 100 grams of sugar are also shocking -- and make pretty much any other drink on the coffee menu preferable. Our favorite? The cold-brewed Iced Coffee, which has 0 calories when served black and without sweetener.