If you want to name your baby girl Harriet, don't live in Iceland.

Icelandic laws state that unless both parents are foreign, they must submit their name choice to the National Registry for approval within six months of birth. The name must fulfill requirements that include "Icelandic grammatical endings," "linguistic structure of Iceland" and "Icelandic orthography."

"That's the problem with Harriet," Harriet's father, Tristan Cardew, told The Guardian. "It can't be conjugated in Icelandic." 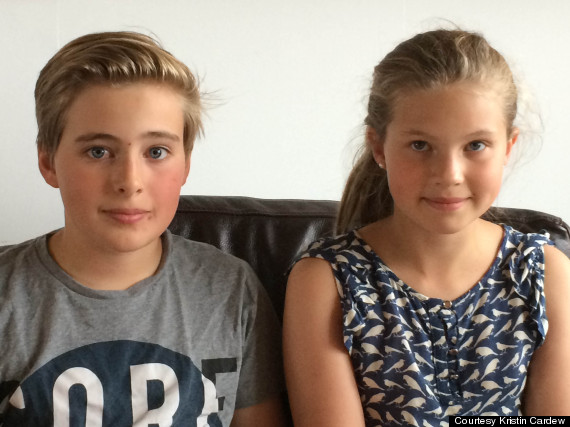 Duncan (left) and Harriet Cardew (right), photos obtained with the help of The Guardian

They live in Reykjavik, Iceland, and up until this point, have been going by "Girl" and "Boy" on their passports. But upon getting Harriet's passport request, the government went a step further and denied her an updated passport completely, which could put her family's upcoming trip to France on hold.

So Tristan and his wife, Kristin, appealed. "They have deprived our daughter of freedom of movement," Kristin told visir.is.

Baby name "bans" might sound crazy in a country where they're unheard of, but governments all over the world set naming guidelines. Baby-naming site, Nameberry, reports that countries like Germany and Italy have their own rules -- in Germany, surnames as first names like "Anderson" aren't allowed; In Italy, names that could embarrass a child are questioned. "In fact, some of these are not long-standing strictures, but relatively recent ones," wrote Nameberry’s co-founder and naming expert Linda Rosenkrantz.

The Cardews could bypass the name block by changing Harriet's middle name to an Icelandic one, but the family thinks it's too late. Instead, they applied for an emergency passport from the British Embassy where dad Tristan is from.

He finds the name approval process absurd. "The whole situation is really rather silly," he said.

CLARIFICATION: An earlier version of this story implied that Italy and Germany have the same baby-naming guidelines.

Banned Baby Names Around The World
More:
Parentsharriet
Newsletter Sign Up
Raise the kind of person you'd like to know
Subscribe to our parenting newsletter.
Successfully Subscribed!
Realness delivered to your inbox