It's early in the morning (for me, anyway), but Audrey Tautou has been up for hours, doing television interviews. She's curiously intense for someone who's been subjected to such a barrage; she gestures broadly as she speaks, her El Greco-like hands as eloquent as she is.

Yes, she is a gamine, and yes, she is teensy-tiny - yet Tautou shares with Coco Chanel -- whom she portrays in biopic Coco Before Chanel, in theaters tonight -- a quality best described as presence.

Wearing jeans and a knit shirt, Tautou shivers in the icy air-conditioned room; a window is opened, and she throws a black jacket over her shoulders. Is it Chanel?

"No, but I will be wearing Chanel tonight at the premiere," she promises. She speaks in English, but it is that luxurious version of English in which only native French speakers specialize. A small star pin adorns the lapel of her jacket, evoking the now-iconic star jewelry that Chanel created in the 1920s and 1930s -- perhaps most famously, the shooting-star neck cuff. 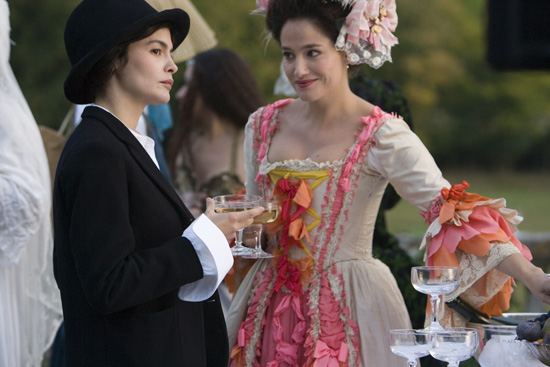 The Coco Chanel with whom the world is familiar lords over her mirrored Parisian salon in her famous boucle skirt suit, a cigarette dangling irreverently from her lip at all times. She has long since revolutionized the world of adornment with her little black dress and her assault on Victorian conventions, and commanded the romantic affections of certain royals from at least two world powers.

Yet before there was this formidable version of Coco Chanel, there was another: a vulnerable, angry young woman, who'd been abandoned at a French orphanage by her own father. In an era in which a woman's ambitions could be realized only by advantageous marriages - an option not immediately available to the impoverished Coco - she decided instead to make her way in a man's world with the grit, ambition, and often the wardrobe of a man. It is this compelling version of Coco whom Tautou beautifully portrays in the film. 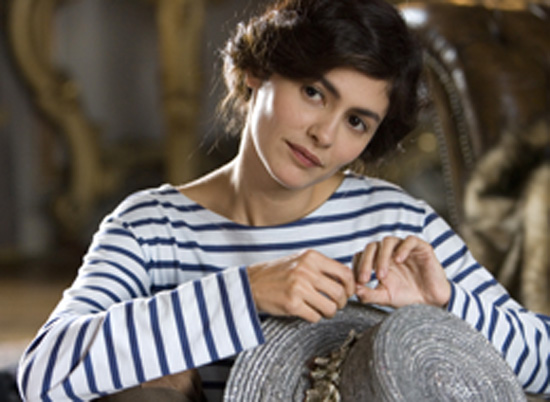 Below, I talk with Tautou about the rage and desire that propelled Coco Chanel to the pinnacle of the fashion world, and how long it took the actress to perfect that famous cigarette dangle.

Lesley Blume: You've said that you were "fascinated" by the character of Coco Chanel; which specific aspect was most compelling to you?

Audrey Tautou: Her singularity, the fact that she had a unique temper. She was with all of these little girls [in the orphanage] who did not have any education, and why Chanel was different is a question that interests me. She also had two sisters and one brother, and nothing special happened to them. Why was she so unique? I think that there was something innate; nobody educated her to have this amazing essence of elegance. Her desire to be independent, to have the same freedom of men, was very unusual.

AT: I love her; she was a brilliant woman. Original, strong, talented, and funny. She's very special.

LMMB: There are several references to geishas in the film, implying that Chanel was a Western version of a geisha herself. What are your thoughts on this?

AT: I think that the fact that Chanel never gets married was not really a decision that she made. She said, "I always knew I'd never get married," but I think it was a way to protect herself. She would have wanted to marry Boy Capel [an Englishman long considered the love of Chanel's life]. I really think she was a passionate woman and that she was in a total control of everything, but with love, I don't think that she was as able to control it like the other aspects of life.

It's true that she was very often a mistress. But she wasn't a geisha in that she refused to be in a position where she would have to serve a man or depend on them. She refused to have a life of a demimondaine (courtesan).

LMMB: There was one wonderful scene in which Coco is having a quarrel with one of her lovers; he tells her to calm down, and she retorts, "I will never calm down!" Was Chanel fueled by rage?

AT: Yes, that's what I tried to keep inside of me every day during the shooting. At this moment of her life, she was in personal chaos; she was filled with anger, but she contained it because she was a very reserved person. There were so many opposite feelings inside her, that it creates something very violent.

If you think how proud she was and how many humiliating situations she had to experience; when you think that such an independent woman has to be a courtesan for a few years; when you think of someone determined to become somebody but with no idea how to make it: she was very vulnerable. All those feelings created anger as she refused her condition.

LMMB: In many scenes, Coco is dressed literally in drag, and not in the glamorous Victor/Victoria tuxedos that Dietrich would make popular. Coco looks like a stable boy at times. This would still be an astonishing sight today, much less 100 years ago. Where do you think she found the courage to thwart convention in this manner? 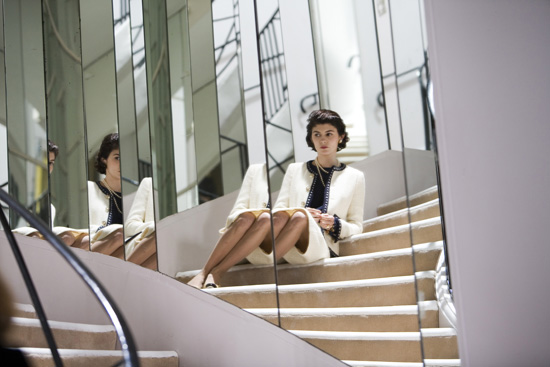 AT: When you think that you are different, you won't want to look like the other women. She really wanted to have freedom of a man, and at first the only way she could find that freedom was through the clothes. They freed her movement; she got rid of the corset. This imposed her not as a decoration but as a real personality. She invented a new way of seductions through these clothes.

LMMB: Why should Coco Chanel matter to women today?

AT: Because she's a real woman, the woman every woman would still like to be: talented, elegant, clever, smart, funny, free. She was not impressed by anything or anybody, and I think that this is a real way to feel powerful, to feel that you have the key to your life. 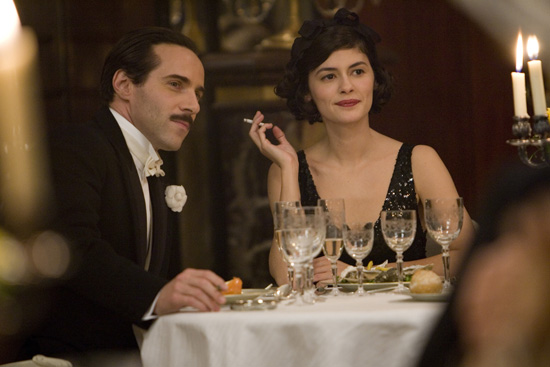 LMMB: How long did it take you to perfect that Coco-specific cigarette dangle from your lip?

AT: [Laughs] I practiced a little bit each day.