Can we please give the word "iconic" a rest? These days, you can't pick up a newspaper, click on some website, turn on a f*%$@* TV without reading about something or someone that is iconic. Once upon a time, the now infernal word (hey, let's use "infernal" more) was relegated to the lexicon of overzealous art history professors who used words like "musculature" while they groped a Greek sculpture on display at the university art museum. Those were the days.

1. Relating to, resembling, or having the character of an icon or (Fine Arts & Visual Arts / Art Terms) (of memorial sculptures, esp those depicting athletes of ancient Greece) having a fixed conventional style

2. A conventional religious image typically painted on a small wooden panel and used in the devotions of Eastern Christians 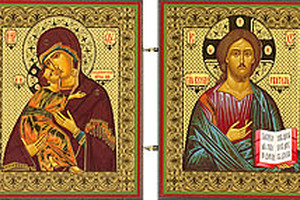 Nowadays, any well-known photo of a certain vintage is "iconic" (think Marilyn Monroe pushing down her dress as she stands over a New York City subway grate or King Kong swatting planes from atop the Empire State Building while clutching Faye Ray). Even Daffy Duck is iconic. Are we to believe that Tex Avery and Bob Clampett really thought they were creating something iconic with the bat-shit crazy, drooling duck with a speech impediment?

I'm not alone in my revulsion toward "iconic," either. Even the venerable British tabloid The Telegraph selected "iconic" among their list of "words that should be banned because they have lost their meaning and have become useless." But that was nearly five years ago, and instead of retiring the word to the rafters, millions of unworthy icons or iconic people have appeared... like locusts. Just watch Inside Edition any day of the week and "follow Miss USA as she fulfills her life-long dream of recreating an iconic scene from Breakfast at Tiffany's," followed quickly by Deborah Norville speaking with iconic film producer Harvey Weinstein."

An immediate moratorium on the word "iconic" should top the agendas of all writing staffs, worldwide -- even if they have to look up moratorium first.

To read more posts like this go to Web2Carz.com