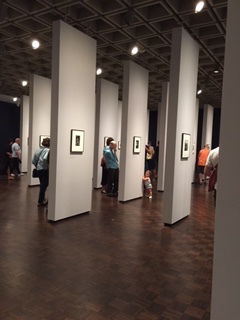 Mirror neurons were discovered by the Italian neurophysiologist- researcher Dr. Rizzolatti in the 1980's. Regarded as one of the most important findings in the last few decades, the mirror neurons confer the ability to recognize our reflections in the mirror, and are integral to our sense of self.

The finding explains much of early child development and good-enough parenting. When children's interests and talents are perceived accurately and 'mirrored' with encouragement and support, they develop a positive sense of real self.

The child psychiatrist Dr. Daniel Stern, observed and wrote about the dynamics of the parent-child interaction in his classic text, The Interpersonal World of the Infant. He describes the process occurs in which parents or primary care-takers reflect back to the developing child their perceptions of him, similar to an image in the mirror. When the caretakers' reflections are in tune with the child, he develops a genuine or real sense of self.

A mother who is tuned into her child night say, "You seem sad today. Perhaps it's because you can't visit your friend?" A parent who fails to mirror, dismisses the importance of his feelings, and might say, "Oh don't be silly. You'll see your friend another time. "

In essence each of us walks through a Hall of Mirrors in life. People reflect various images/pictures of how they perceive us. When we possess a genuine sense of ourselves, we (unconsciously) integrate these diverse perceptions and absorb the positive, realistic images.

Maestro, a play currently running at 59E59th Street theatre is a musical rendition of the life of genius composer/conductor Leonard Bernstein. His childhood was wrought with difficulty, because his father failed to recognize his son's musical gifts. Instead, the older Bernstein projected his own fears of financial disaster upon young Leonard.

As a result, Leonard was forced to fend for himself, work at an early age to earn money to pursue his training. Lacking paternal understanding, Bernstein searched for acceptance and love, first from mentors, and later through a series of (indiscriminate) relationships with men.

We can hypothesize that if Bernstein's father had been able to mirror, to perceive his son's gifts instead of projecting his own personal fears, the composer would have been able to focus more attention on composing.

Conclusion: To the extent that we are mirrored, encouraged and acknowledged for our achievements and our creative pursuits, we are unified within ourselves. To the degree that we are perceived through a distorted mirror, we are torn asunder and may search for approval at a cost to our real self and creativity.