More than 30 million people fled their homes in 2012 because of disasters such as floods, storms and earthquakes, a new report indicates.

According to the study by the Internal Displacement Monitoring Centre and the Norwegian Refugee Council, natural disasters forced 32.4 million people to flee last year, with the overwhelming majority (98 percent) due to climate- and weather-related events. While most of the victims live in developing nations, 2012 also saw an increase in environmental refugees in wealthy countries, particularly in the United States.

The report establishes that most of the damage was caused by severe flooding, with India and Nigeria suffering the brunt of the destruction. India, in particular, experienced repeated flooding during its long monsoon season. Africa suffered a record high in 2012, with 8.2 million people displaced because of natural disasters.

The study points out that both the intensity and the frequency of natural disasters are cause for concern as climate change is projected to continue to spur recurrent tragedies. According to the report, multiple displacement events occurred in three-quarters of the countries affected.

The U.S. experienced one of the worst instances of disaster-induced displacement in 2012 after Hurricane Sandy forced 776,000 people out of their homes. As the reports states, however, rich countries are much better equipped to recover from such events, thus limiting the effects on local populations.

"In the U.S. following Hurricane Sandy, most of those displaced were able to find refuge in adequate temporary shelter while displaced from their own homes," Clare Spurrell, Chief Spokesperson for IDMC, said in a press release. "Compare this to communities in Haiti, where hundreds of thousands are still living in makeshift tents over three years after the 2010 earthquake mega-disaster, and you see a very different picture."

Conversely, the damage by disasters on poorer nations tends to be exacerbated by other factors such as poverty, hunger, and violence, "resulting in a 'perfect storm' of risk factors that lead to displacement."

In order to improve government response to natural disasters, the IDMC report recommends greater data collection on the less visible among the environmental refugees -- those populations that may not have official evacuation centers and refugee camps at their aid. As Spurrell said, "We need to know more about those who seek refuge with families and friends, people who are repeatedly displaced by smaller disasters, or those who are stuck in prolonged displacement following a disaster -- not just those that make headlines."

Last March, a study by the Asian Development Bank warned of the risk of environmental-induced migration, particularly in high-density, coastal regions. Citing the Intergovernmental Panel on Climate Change, a United Nations network of 2,000 scientists, the report also pointed to the vulnerability of poorer populations with limited resources and mobility to escape such repeated disasters.

Take a look at the 20 worst disaster-induced displacements of 2012: 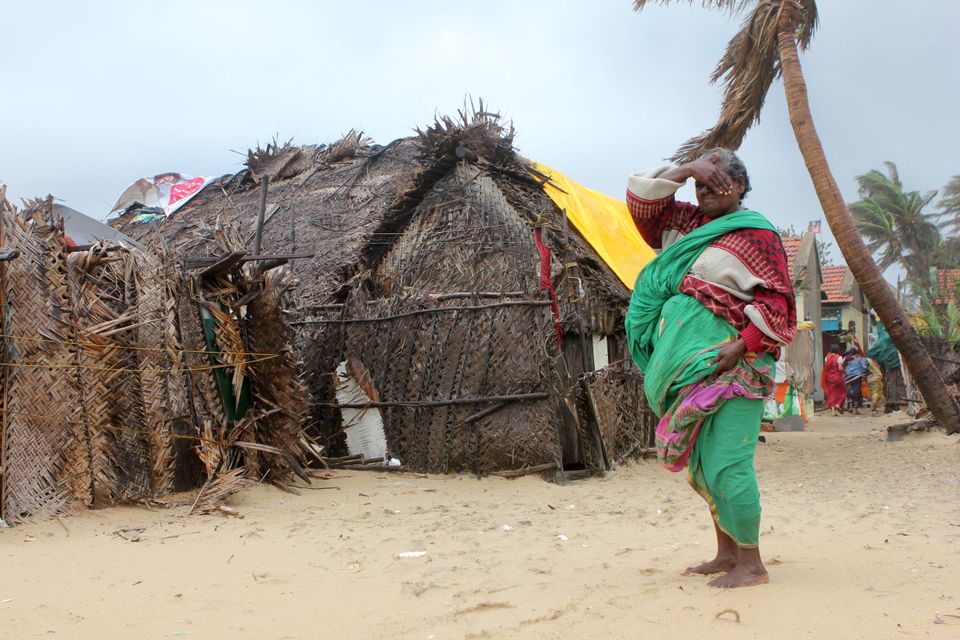