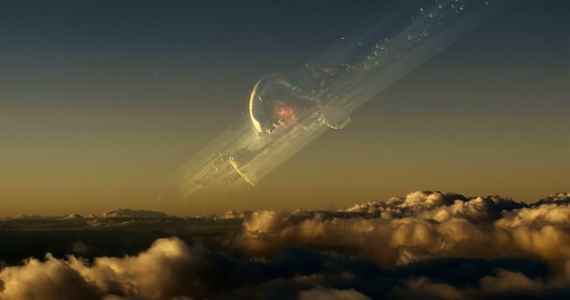 In the world of science fiction, when aliens attack the Earth, they often go after another rocky sphere. That would be the moon, our planet's only natural satellite. Although there are exactly zero humans currently residing on the moon, zero pieces of essential equipment or instruments (although let's be real, those lunar go-karts are pretty dope) situated on its surface or its orbit, and no concrete sense of whether it possesses any valuable resources, the moon is essential to our species' survival on this planet. If hostile aliens were to blow it to bits or cause some serious damage to it, human would be in serious trouble -- even if we managed to successfully repel an extraterrestrial threat.

The moon has played a key role in shaping the way natural processes of Earth, and it continues to do so today. The moon is thought to have been formed just a mere 30 million years after the Earth (which itself is 4.53 billion years old). Since then, the moon's single greatest (and most obvious) effect on the Earth has been the mediation of the ebb and flow of tides on the planet's bodies of water.

Scientist believe that in the infancy of this relationship, the moon's distance from Earth was half of what it is today -- and this resulted in much more extreme tides. These tides drove heat from the equator to the poles, leading to ice ages. These glacial shifts spurred more rapid migratory patterns in various species, resulting in a more diverse array of life around the globe. In fact, because of how important water is to molecular processes in primitive life and organic materials, tide shifts may have acted as a kind of natural way for those chemical reactions to get rid of or acquire water in the formation of basic structures like nucleic acids. In other words, tides may have jumpstarted or encouraged the evolution of life on Earth.

Because it's gone forever.

Okay, that's a pretty cool history lesson, but what about today? What exactly would be the biggest impact on our lives today if the moon disappeared or had a chunk ripped out from itself?"

"We'd lose the normal rhythm of tides," says Noah Petro, a research scientist at NASA Goddard Space Flight Center who works with the Lunar Reconnaissance Orbiter. He tells Inverse we'd probably lose the large tides we're used to on a day-to-day basis, and instead experience "smaller tides, caused by the Earth's rotation with the sun."

The most noticeable effect this would have is that we'd see oceans around the world level off, to a certain extent. While initially that might save coastal communities from having to deal with potential floods during high-tide, it would also mean they would lose the benefits of low tide. That would wreak havoc on clams, which would have a cascading effect on underwater ecosystems as well as the beachside food shacks worldwide.

Furthermore, the moon plays a significant role in distorting water around the equator. Without a natural satellite, that water would probably redistribute itself around the poles. This might seem like a good thing for coastal cities by the ocean that are constantly threatened by rising floods. But this is awful for bodies of water inland that are fed by oceans. We might see estuaries -- responsible for desalinating water naturally -- dry up or become significantly reduced. Rivers and lakes further inland would also shrink by quite a bit.

Unless we manage to make artificial desalination technology viable, we'd see the whole world inundated by water shortages -- and that's already a problem much of the world is currently contending with.

Petro also cites two other significant effects the moon's vanishing act would have on Earth. "The moon stabilizes Earth's orbit," he says, "so we'd see changes to the climate we're currently used to." He points to Mars as an indicator of what we might see. Mars doesn't have large moons like Earth's to affect its axial tilt as much, so the red planet is stuck with very long ice ages.

On Earth, there would be a significant amount of long winters, and "a general cooling off," of the world at first, he says, perhaps followed by a warming. We'd see "wild extremes" that are more drawn out and last much longer than the planet has previously exhibited. Petro emphasizes that these climatic effects would certainly not be felt immediately -- they would occur on a scale of 1,000 to 10,000 years. But there is one other effect that humans would have to find solutions to very quickly if the moon were blown up or hit with some sort of explosive force: debris.

A lot of material, he says, would be expelled into Earth's orbit, and some of it might even push through the atmosphere and strike the surface. If that debris were big enough, we'd basically deal with a catastrophic scenario of falling moon rocks that not even Brian May would be able to fix.

Let's also not forget the fact that orbital debris is also an increasing threat to the world's satellite currently zipping around the globe. Some of those instruments are extremely important to communications systems used by governments and militaries. If aliens fired a bunch of missiles at the moon, we can basically kiss those satellites goodbye. Hopefully we have a few landlines still lying around as a backup.

"Fortunately, we don't expect the destruction of the moon to happen," Petro added, laughing.