The other day, I started noticing a phrase in people's tweets. "Dadbod." At first, I just thought it was some sort of inside joke among some of the writers that I follow -- like the physical embodiment of dad jeans or something. But I soon realized that they must be getting this dadbod thing from somewhere. So I did what I usually do (used Twitter as my own personal Google) and tweeted something like, "I'm going to need a dadbod origin story. What the heck are you guys all talking about?" I mean, when childless hipster friends on Facebook have started to mention their "dadbods," there's some kind of Thing going on. Helpful folks on Twitter led me to this piece from The Cut, which was apparently riffing on something a student at Clemson named Mackenzie Pearson wrote. Basically, "dadbod" is what frat boys with beer guts are now calling their physique. Like, I'm not ripped because I'm too busy having fun, please enjoy my dadbod.

The gist I got from The Cut is that dadbod is something some folks are into. Like folks who really dig Seth Rogen and Jason Segel. I've been known to say a dude looks like "a cute dad," and I happen to be married to a pretty hot dad, so I guess I might fall into the dadbod fandom. Dadbod is apparently just a funny hip coinage for an average, healthy male body that doesn't spend a ton of time on, like, Crossfit or something. If you were to call it what it really is, though, you'd probably call it average.

At the end of the piece, one of The Cut's editors says, "I can't stop thinking about how offended I would be if men were talking about the 'Mombod.'" Except PLENTY of people have made it clear that "mombod" is an actual thing, yes, but also a thing to be avoided like the plague. No one writes appreciation pieces about the mombod and how "doughier tummy areas are good at sex -- better, even -- than, say, a ripped-abbed [person]." Because obviously, we doughy-tummied mommies are not sexual beings but rather sad sacks who need to GET THAT BODY BACK, RETURN TO OUR PRE BABY BODIES, GET A BEACH BODY, ROCK THAT BIKINI POST BABY, ETC.

Dudes are allowed to have "dadbods" and be seen as cute for it precisely because their worth isn't as intrinsically tied to their appearance the way a woman's worth is.

Here's the thing though: Mombod is real. Some women get "back" to tight abs and perky boobs after they become moms, but I'd venture that most of us are changed in at least some way by the experience, and there isn't really any going back. Even if you "lose that baby weight," stuff just isn't the same anymore. We can see our bodies as damaged goods, or we can embrace the transformation. Growing twins may have left my midsection softer and my belly button unrecognizable, but it also made me feel more deeply connected to my body. And you know what that is, really? A sensual experience. An empowering experience. And sensuality and power and even softness are sexy.

So. If "dadbod" gets to have a moment, if we get to admit that "imperfect" male bodies are desirable, let's do the same for "mombod" too. Whatever body you have -- be it mombod, dadbod, rippedbod, fatbod -- YOU are what make your body sexy, not the other way around. 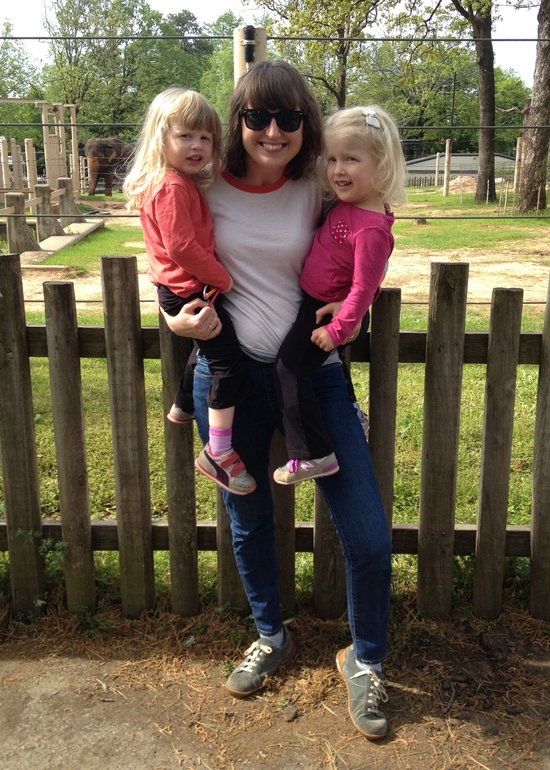 This post first appeared at The Adventures of Ernie Bufflo.

Meet Our Body Image Heroes
More:
Parenting parents-dadsParentsdadbodPregnancy
Newsletter Sign Up
Raise the kind of person you'd like to know
Subscribe to our parenting newsletter.
Successfully Subscribed!
Realness delivered to your inbox