Donald Trump scares the daylights out of me. He's the 21st-century version of the 1950s 3-D monster movie, "The Creature from the Black Lagoon." If Donald is the monster, what would be the lagoon? I say it's the current gloomy state of the American psyche.

Trump Has Got Me Where He Wants Me

Nonetheless, in recent months I have found myself in Donald Trump's thrall. He's got me where he wants me. He has soaked up disproportionate quantities of my time and mental energy. He has inhabited the front of my brain, his antics plastered to the inside of my forehead.

For the past many months I've been waking up every morning wondering, "What the heck is The Donald going to do today?" My attention races to Trump, not fondly, but with a head-clearing frisson of anticipation. 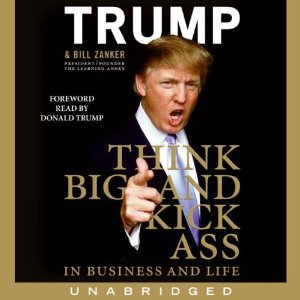 Donald Trump: Thinking bigger than ever.

How will the Republican nominee for president raise my hackles today? How will he again make me feel oh-so-superior to this venal lummox with the fake suntan whose name glitters on edifices from Las Vegas to Pennsylvania Avenue?

You know the history. Here's a review of just some of it: In June Trump claimed the U.S. District Judge Gonzalo Curiel had "an absolute conflict" in presiding over Trump University litigation because Curiel was "of Mexican heritage." In July he insulted the family of Humayun Khan, an American Muslim soldier who died in combat in Iraq. In September he was overheard boasting on an "Access Hollywood" videotape that he was in the habit of grabbing women's crotches and thrusting pouty-mouthed kisses on unsuspecting females.

These past weeks my fascination turned to horror, however, as Trump upped the ante. He's now playing an even more dangerous game, one that seeks to undercut Americans' (and its friends' and foes') faith in American representative government: he's telling everybody that the American election system is rigged.

I have to wonder. What is it about Trump -- no, what is it about me -- that makes me want to lavish so much of my attention, my chi, on a flimflam man? On a showman who's turned this election season into a bawdy, reckless, long-running, grade-B narrative about -- himself?

Trump has played me. He has manipulated me into giving him what he wants most - not my vote, but my attention. How did he pull it off? What button of mine has he been pushing?

Is Trump Smart - Or Just Shrewd?

Donald Trump is not smart. His vocabulary is minimal, his attention span even more so. As the first presidential debate with Hillary Clinton approached, Trump's team could barely get him to focus long enough to prep for the debate, with ludicrous results for the candidate.

What is it then that outrages me?

People who don't play fair, that's who. People who violate other people's trust. And this election cycle, it's Donald Trump who outrages me. He is a man with a monumental disregard for fair play. He shows little respect for constructive give-and-take between competing points of view. His attitude seems to be that it's OK to run rampant over the trust of others - and brag about it. 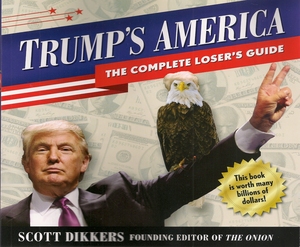 For a while I could laugh at Trump along with Scott Dikkers. Today, not so much.

Over the years, Trump has refused to pay countless suppliers and business associates. He has reneged on deals, violating his colleagues' trust. He admits to sexually assaulting numerous women and getting away with it -- betraying women's trust.

In other words, Donald Trump does not believe in that most basic building block of civilization -- trust. American society and institutions have survived for 240 years on something that, with the help of folks like Donald Trump, could evaporate in a heartbeat: Americans' ability to trust their fellow citizens.

That not-very-bright brain of Trump's has glommed onto something scary. He has figured out how to disrupt the fragile web of mutual trust that holds societies together. He's also figured out that messing with that trust gets him the one thing he wants more than anything else (including the presidency?) and that is -- attention. Lots of it.

Are We All a Bunch of Losers?

Trump's assaults on trust scare the heck out of people like me, people whose world view is predicated on mutual respect - people that Trump likes to write off as losers.

And that, I think, is how Trump has been holding my attention all these months. He's been pushing my "Am I a Loser?" button. He's the Creature from the Black Lagoon. And the Black Lagoon is a place where people have decided not to trust each other.

Here's a post I wrote when I could still laugh at Trump. And here's one from the time I thought everybody could see how incompetent Trump was. And, finally, here's a look at The Donald vs. The Pope -- which gives me hope that there are still some bona fide human beings out there.